TechSmartAerezona Developers
HomeTech GiantsMicrosoftGalaxy A34 and A54 coming, Redmi and realme with dynamic island on...

Galaxy A34 and A54 coming, Redmi and realme with dynamic island on Android and more | TC duty

It’s time for you to check out everything that happened in the technology universe in another edition of Duty TC. If you missed any news, didn’t have time to read or are looking to have a “summary” of the week, this is the right place to stay informed.

In this week’s edition we will comment that Redmi and realme are disputing who launches the first dynamic island on Android, while users of the iPhone 14 Pro line complain about a series of bugs.

In addition, the Europeian market is full of launches: Nintendo Switch OLED, POCO C40 and M4 5G, in addition to the OPPO Reno 7 and A77.

Finally, there is a lot of news in the Samsung universe, since there is a possibility that the Galaxy S23 will receive Exynos chipset at a time when the Galaxy A line of 2023 enters the final stage of development.

No further ado! Scroll down and stay informed in our weekly “newspaper”.

Rumors released this week indicate that Redmi and realme have begun to dispute the paternity of the dynamic island on Android. The information was shared by the EqualLeaks channel, and it shows that there is a real “cold war” between Android manufacturers to copy a feature that Apple used to make the new iPhone notch “more acceptable”.

Starting with realme, the company is working on “realme Island” to turn the camera cutout into an all-in-one feature. The area should gain a bar of different shapes and sizes to display phone call information, alerts, notifications and more.

As much as the realme solution does not yet have a specific device to be inaugurated, the case of Redmi is different, since the Chinese novelty can be announced on the Redmi K60.

Known as Smart Island, Redmi’s feature should appear in the MIUI code soon, but the two manufacturers try to keep the mystery and do not comment on the matter.

iPhone 14 has a lot of bugs and annoys users
- Advertisement - 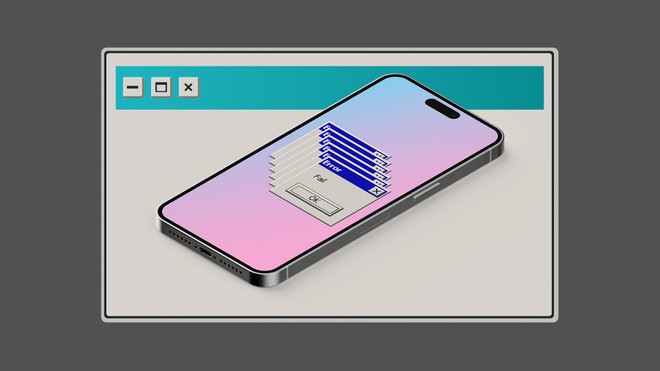 Several reports on social media show that the iPhone 14 Pro Max has had problems recording videos in third-party applications. When observing the examples published on social networks, it is possible to notice that the images come out blurry and shaky.

The bug has affected popular apps like Instagram, Snapchat and TikTok, with recorded videos becoming unpublishable. Commenting on the matter, Apple said that it is already aware of the issue and that a software fix should be released within the next week.

However, the company has yet to comment on a second bug that causes the camera app to take a long time to open on the iPhone 14 Pro. According to some users, the wait time can even exceed five seconds, and leaving the camera app open in the background tends to make matters worse.

In the case of the iPhone 14, we have an error in AirDrop that prevents sending files to other iPhones. This bug is also unique to the new model and shows that the update promised by Apple needs to be a little bigger.

Finally, there are also reports that iOS 16 has reduced the autonomy of older iPhones. Social networks are full of complaints, and the search engine has gained a bug that causes slowdowns. 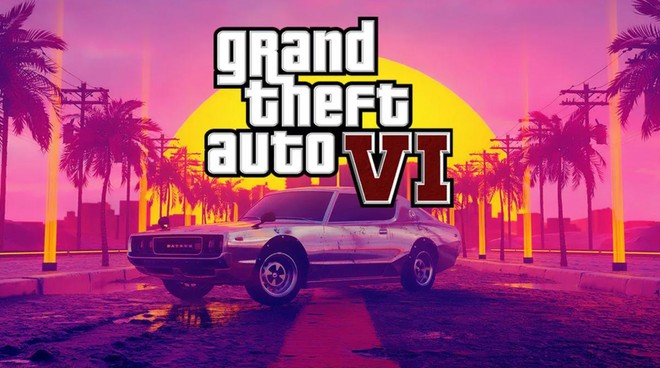 A mega leak released last weekend brought about 90 videos revealing details of GTA 6. The leaked file is 3.4 GB in size and has been downloaded more than 44,000 times, with developer Rockstar Games confirming the veracity of the material, which was extensively shared on Twitter.

At the moment, the videos have already been removed by social networks, but in them it was possible to see the female protagonist Lucia and also some updated scenarios with unfinished graphics. Also according to the game’s developer, her team is currently working on containing damage caused by a hacker, who is also suspected of breaking into Uber’s systems.

In addition, the company asks users to stop sharing leaked files, as this is yet another chapter in the troubled development of GTA 6. That’s because many sources revealed that the project had to be restarted from scratch to change the creative direction. To make matters worse, many key figures to the franchise left the company before the project was even formally announced.

Nintendo confirmed the release date and also the price of the new OLED Switch in Europe. According to the company, the new model of its hybrid console should hit the national market on September 26. The suggested price is R$ 2,700.

Making a quick summary here about the new OLED Switch, it has a 7-inch display, wide adjustable support for semi-portable mode, a base with LAN cable input, 64GB of internal storage and enhanced audio in both portable and semi-portable modes. 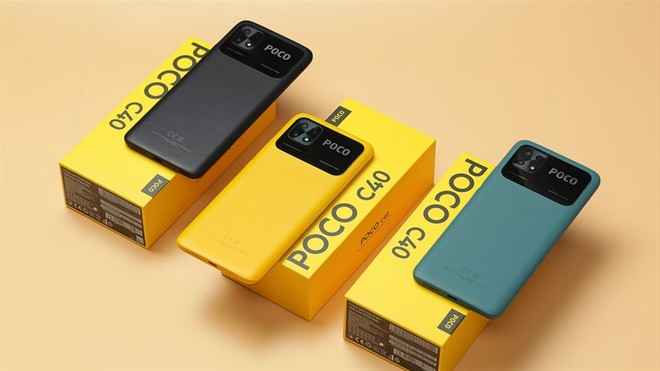 POCO presented this week the new POCO C40 and M4 5G on Europeian soil. Starting with the simplest model, the POCO C40 has a 6.71-inch IPS LCD screen, JR510 processor, 4 GB of RAM and 64 GB of internal storage.

On the rear set of cameras there is a 13-megapixel main lens and 2-megapixel for depth effect, while the battery is 6 mi mAh and supports 18W fast charging. The operating system is still Android 11 and the price of the C40 is R$ 1,599.

On the other hand, the POCO M4 5G features a 6.58-inch IPS LCD screen with a rate of 90 Hz and FHD Plus resolution. The device uses the MediaTek Dimensity 700 platform to ensure support for the 5G network, has 4GB or 6GB of RAM and 64GB or 128GB of internal storage.

The main rear camera is 50 megapixels, and it is accompanied by a 2 megapixel depth lens. This set also has an 8 megapixel front camera, 5,000 mAh battery, 18W charging and Android 12. The launch price starts at R$ 2,199.

OPPO Reno 7 and A77 are launched in Europe 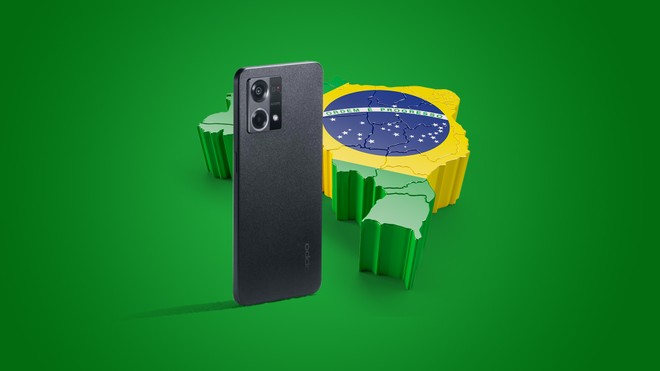 OPPO made its debut on the national market with two smartphones: OPPO Reno 7 and A77. Starting with the Reno 7, we are talking about a smartphone with a 6.43-inch AMOLED screen that has a rate of 90 Hz and FHD plus resolution.

The processor is the Snapdragon 680, there is 6 GB of RAM, 128 GB of internal storage, 64 MP main camera and 32 MP front camera. The battery is 4,500 mAh and supports 33W fast charging, while the system is Android 12 running underneath the ColorOS interface.

The Reno 7 goes on sale on September 26 in two colors and the suggested price is R$ 2,999. In addition, OPPO is offering a five-year warranty to anyone who buys the device until December 31. 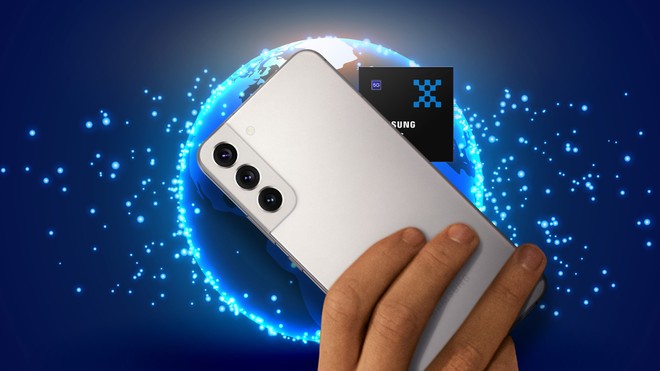 Samsung may end up going back and launching some models of the Galaxy S23 line with an Exynos line processor. The news was commented on by Ice Universe.

According to the leaker, while Samsung MX — that is, the company’s mobile division — has an agreement with Qualcomm to use the Snapdragon 8 Gen 2, Samsung Electronics insists that the devices have Exynos in some regions of the world. .

That’s because the company has been working on the Exynos 2300, which will be manufactured in the 3-nanometer process. For now, this is the only relevant detail we know about the new chipset.

Galaxy S24 could be the first with WiFi 7 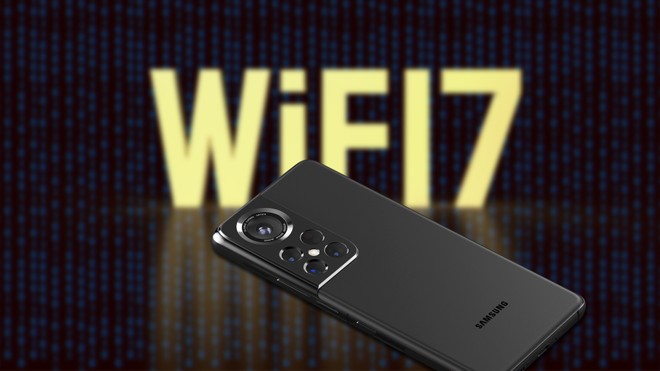 New information released this week indicates that Samsung wants the Galaxy S24 to be one of the first in the world to use the WiFi 7 protocol.

According to the Wi-Fi Alliance consortium, this new technology should have 300 MHz channels with support for 4K quadrature amplitude modulation, offering speeds 2.4 times faster when compared to Wi-Fi 6 with the same number of antennas. .

This can make Wi-Fi 7 reach speeds of 30Gbps by default, and it could reach up to 40Gbps in some scenarios. Of course, Samsung remains silent, as the Galaxy S24 is not expected to be unveiled until 2024.

Galaxy A line of 2023 gets launch forecast 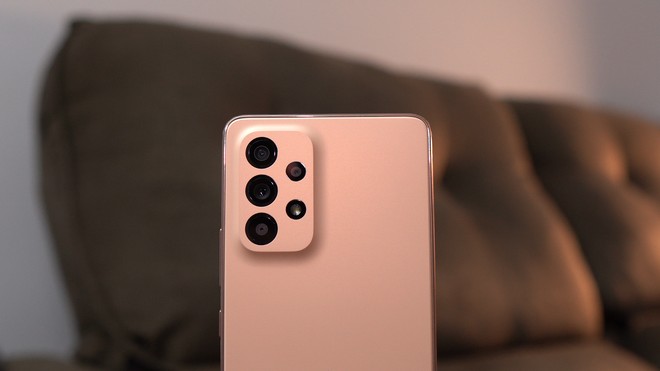 According to the latest information, Samsung should start the season of smartphone launches planned for 2023. The first phase should focus on the presentation of three models: Galaxy A14, A34 and A54.

The first to be announced tends to be the Galaxy A14, as it will be the most affordable with 5G within the Samsung catalogue. The market forecast is that it hits the shelves at the end of this year.

The Galaxy A34 and A54 will be presented jointly in the first quarter of 2023. The main novelty of both is the presence of the Exynos 1380 processor, since it is already being tested internally.

In addition, Samsung should not mess with the winning team and smartphones should not receive considerable aesthetic changes in 2023. On the other hand, the Galaxy A74 remains off the radar of rumors and leaks.