TechSmartHow smart tech is changing life
HomeTech GiantsAppleFrom the old iron: No longer support for the first Macs with...

From the old iron: No longer support for the first Macs with Touch Bar

Apple has given a number of Macs vintage status as of August 1st. This will end the hardware service for the affected devices.

Apple removed several Macs from 2015 and 2016 from hardware support on August 1st. The first MacBook Pro models that have a touch Bar are also affected. Hardware is considered vintage when five years have passed since Apple stopped producing it. 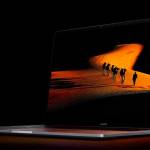 Xiaomi Mi Laptop Pro 14 and 15: renewal of the Pro range

A special feature is that, for the first time, MacBook Pros with a touch bar will also be phased out. Apple introduced the software-controlled key add-on display in October 2016 along with a new MacBook Pro design. The controversial replacement for the function keys was always reserved for the Pro series of MacBooks. Although it seemed several times that Apple was saying goodbye to it, this year a device with a touch bar appeared again with the MacBook Pro M2. What is striking, however, is that the newly designed MacBook Air relies entirely on hardware buttons.

With the vintage status, Apple no longer provides service or replacement parts for the affected devices. Occasionally there should be exceptions if spare parts are still in stock. After seven years, the devices are then considered obsolete. At that time, the last hardware services will also be canceled. Deviating from the vintage regulation in Turkey and partly in California, Apple has to provide service and spare parts for two years longer.