According to the SEC, VMware intentionally kept its order book nebulous. The company agreed to a fine, but did not admit responsibility.

The US Securities and Exchange Commission (SEC) has reprimanded VMware for possible investor deception. The cloud computing company postponed sales across quarters without informing its own investors, according to the SEC.

According to the US investigative agency’s press release, VMware agreed to pay a fine of $8 million, but did not admit its own guilt. This has now also been confirmed by VMware in its own press release. It was only announced in May that the US chip manufacturer Broadcom would take over VMware for a total of 61 billion US dollars. 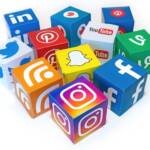 Specifically, it is about VMware’s order management: In the fiscal years 2019 – i.e. from February 2018 – and 2020, the company deliberately delayed the delivery of license keys on a regular basis. Orders received shortly before the end of business quarters were only completed in the following quarters. According to the SEC, the total sales were tens of millions of dollars. With the delay in delivery, VMware was able to build up such a buffer, but at the same time it was able to cover up the company’s financial situation. Especially in 2019, when the cloud computing provider’s development fell short of the forecasts for the financial year.

However, this practice was not made clear to investors. This practice is inconsistent with “the disclosure requirements of a security issuing company under federal securities laws,” said Mark Cave of the SEC.