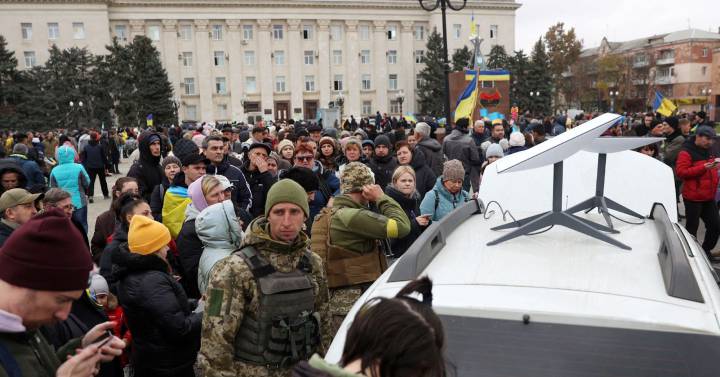 Elon Musk is helping to give new meaning to the network effect. Past telco booms and busts have made it clear that building one system on top of another often causes immense capital destruction, giving first-to-market a significant advantage. It’s a big reason why SpaceX, the billionaire’s company, is defying the gravity of technology valuation.

The rocket maker raised money earlier this year at a valuation of $125 billion, up from $100 billion in 2021, and is now considering selling shares now held by employees and insiders worth up to $150,000. millions.

It’s a stark contrast to the Nasdaq Composite Index, which is down a quarter since January. Shares of electric car maker Tesla, which Musk also runs, have plunged 45% since the start of the year, and Twitter is almost certainly worth far less than the $44 billion he just paid for the social network.

As SpaceX prepares to go to the moon twice under a new contract with NASA, its Starlink internet service is also ramping up. Its constellation of thousands of low-orbiting satellites offers broadband potentially anywhere, and affordably. In May, the company said it had more than 400,000 customers, and in September, Musk tweeted that one million user terminals had been made. At a price of about $110 a month, revenue could reach $1 billion this year.

Also, feedback loops mean that Starlink can reinforce its advantage. The prices of electronic products tend to drop with large production series, which should make the service even cheaper. And Starlink can launch additional, more powerful satellites for improvements.

Musk has said Starlink could pull in $30 billion in annual revenue, but about $7.1 billion by 2030 is a more conservative estimate, from satellite consultancy TMF Associates. At the same 3x multiple as satellite operator SES, likely conservative given Starlink’s opportunity, the midpoint of the projections suggests a valuation of more than $50bn.

A key factor will be whether Amazon completes its ambitious project of creating a rival system. As cable magnate John Malone told CNBC last year, companies that build on top of existing networks “may not end up with much profitability, but they sure can hurt the profitability of the incumbent.” As Starlink’s valuation shoots up into the stratosphere, Amazon could rethink aiming for the stars.