Google has blocked access to the experimental functions of YouTube to anyone who does not have a paid subscription to the platform: From now on, only Premium users can try the news. These new features release functions for YouTube on mobiles and also on the web.

A platform as gigantic as YouTube has countless open fronts when it comes to the user interface: Google constantly tests new options, both aesthetically and at the interface level. Until now, it allowed to test some in its experimental section, open to all users, a section that recently changed to reward only paid subscribers.

The experimental YouTube page is adding different options as a preview that can be tested in order not only to anticipate the majority of users, your test is also of great help to developers. That is why it is surprising that Google has decided to take the experiments only to Premium users, it is as if they had to pay double: with money for the subscription and with its use of experimental tools.

Just go to the experimental options page to see that they can only be used by Premium users. These users can access the tools, currently three: 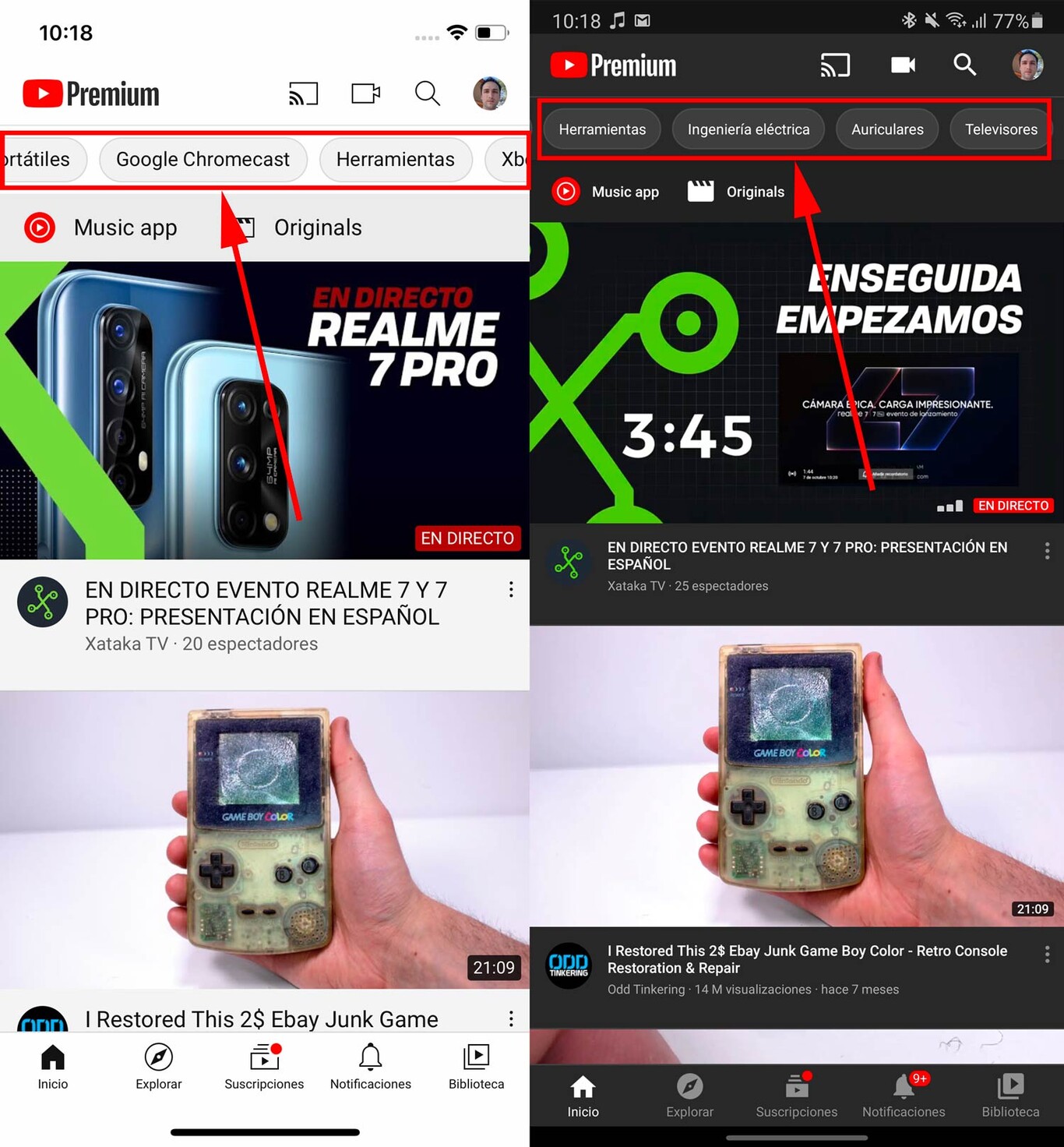 Appearance of the YouTube app after activating the filtering by subject: left, iPhone; right, Android
- Advertisement -

To activate an experimental function, go to the respective YouTube page (only in desktop browsers) and click on the ‘Test’ button that each function has. Only one experimental function can be tested, so hOh, deactivate the one that is currently active in case you want to try another. They are valid for web and mobile, everything will depend on each function. And they have a time limit: Google assigns a trial period to each experiment; after which it disappears.

Apps to improve your social and conversation skills

On your mobile phone you can use hundreds of applications that have to do...
Tech News

The clock ticks the hours and, at this point, It's just over a week...