TechSmartHow smart tech is changing life
HomeTech GiantsAppleEU vs Apple: Does not allow third parties to use NFC for...

EU vs Apple: Does not allow third parties to use NFC for contactless payments

IPhone owners can make contactless payments by simply bringing their device closer to a POS, but they can only do so via apple Pay and “that’s no good“. This is what the European Commission has argued that accused Apple of not allowing third-party apps to use the NFC chippresent in its iPhones since 2015, to access the tap-to-pay functionality.

According to what was stated by Margrethe VestagerVice President of the European Commission responsible for both antitrust and digital policy:

There are indications that Apple has limited third-party access to the key technology needed to develop competing payment solutions on its devices. We have sent Apple a preliminary notice. We are concerned that Apple may have limited competition for the benefit of its Apple Pay solution. If confirmed, such conduct would be illegal under our competition rules.

According to Vestager, the innovation potential in this sector is enormous and Apple would have prevented this by limiting access to NFC on its devices. Apple has always claimed to have prevented the use of NFC functions by other financial services to avoid lowering the high level of security that the company aims to have on all its products. The Commission, for its part, began investigating Apple’s NFC limitations in 2020. 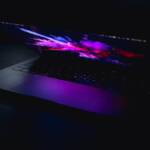 Apple registers new Macs with the EEC, will the MacBook Pro …

Our investigation to date has revealed no evidence indicating such a high security risk. On the contrary, the evidence contained in our file indicates that Apple’s conduct cannot be justified by security concerns.

Apple has not, at the moment, made any comment on this communication and probably will not until the Commission takes a final decision on the matter. it could result in heavy penalties.

This new EU indictment of Apple comes at a time when the Cupertino-based company faces growing pressure to “open” its iPhone to third-party App Stores as well, and possibly even make its iMessage service compatible. with other messaging services. All issues reopened by the Digital Markets Act (DMA), the antitrust law that aims to limit the market power of large tech companies.