Energy crisis: Brussels unveils first-ever EU cap on gas prices but only as a last resort 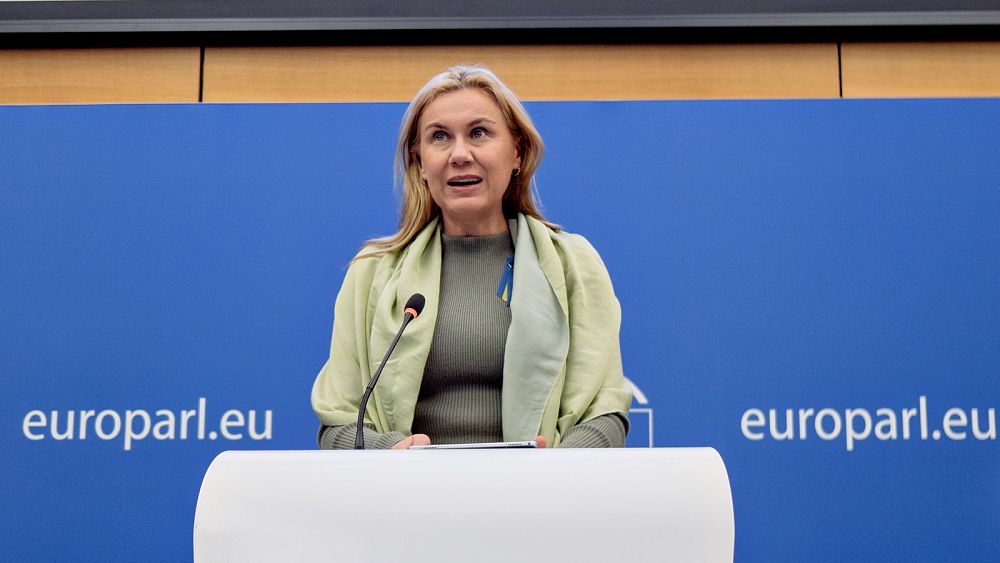 After weeks of mounting expectations and political pressure, the European Commission has unveiled a formal proposal to establish what could soon be the first-ever EU-wide cap on gas prices.

The extraordinary measure will act as a safety ceiling and only be triggered in cases of high volatility and rampant speculation in the gas markets.

It will apply to the Title Transfer Facility (TTF), the Dutch virtual hub where shippers and clients trade gas supplies.

The TTF is the leading reference for Europe’s entire energy sector, with its prices having a strong influence on the bills that companies and consumers receive every month.

Since Russia launched its war in Ukraine, the TTF has seen record-breaking ups and down. After hitting an all-time high over the summer, prices stabilised but still remain very high.

“This is not a regulatory intervention to set the price at the market at an artificially low level,” said Kadri Simson, the European commissioner for energy, while presenting the new legislation on Tuesday afternoon.

“It is a mechanism of last resort to prevent, and if necessary, address episodes of excessive high prices which are not in line with global price trends.”

The draft text will now go to EU countries for discussion and approval. Energy ministers are scheduled to meet on Thursday to hold a first exchange of views.

“What we have proposed can find common ground among diverging views,” Simson said.

The cap, as designed by the European Commission, will be automatically activated but only if two key conditions are met:

These two conditions are meant to act as safeguards and ensure the EU’s security of supplies is not threatened. The bloc has become heavily reliant on LNG to offset the loss of Russian pipeline gas, which the Kremlin drastically cut off in retaliation for Western sanctions.

But LNG is highly flexible: cargoes travel around the world seeking to maximise their profits.

Recent media reports suggest that dozens of LNG ships have been lingering around Europe’s coast, waiting for prices to go up before unloading their supplies.

Preventing these much-needed LNG tankers from being re-directed to Asia, where no price cap exists, has been the European Commission’s main concern while designing the legislative proposal.

A group of member states, including Germany, Austria, the Netherlands, Denmark and Hungary, have insisted securing reliable supplies must be a top priority, higher than securing affordable prices.

On the other side of the table, a larger faction has for months advocated for a more aggressive and radical price cap, one that would encompass all gas imports and wholesale transactions.

The debate initially developed behind the scenes in Brussels but later acquired a higher political dimension, with heads of governments explicitly calling for – or against – the price cap.

In the end, the Commission struck a careful, risk-averse position: an upper limit for TTF prices set at the high level of €275 per megawatt-hour, a far cry from the €115 seen in recent days.

Senior EU officials indicate the measure, officially known as a “market correction mechanism,” should be seen as a tool of deterrence rather than intervention because the energy crisis has a global dimension that Europe alone cannot manage.

How will the cap work?

Once the cap is approved by EU countries, it will be in place for one year, starting in January.

The European Commission, together with regulatory agencies, will monitor the situation in the energy markets to see if the two key conditions are met.

If the conditions are present for more than two weeks, the cap will be automatically triggered. Transactions at the TTF that exceed €275 per megawatt-hour will not be accepted.

Once the conditions disappear, the cap will be switched off. The process could re-start if the situation worsens.

Since the criteria for activation are so specific, the activation seems unlikely to happen. TTF prices broke the €275 barrier for only a handful of days in August when governments were rushing to fill their underground gas storage ahead of the cold season.

“We have to be ready for extreme circumstances,” said Simson, who faced multiple questions on how the €275 threshold was decided.

“It was difficult. Everybody is aware of the possible risks,” she added. “It was a balancing act.”

On top of this, the Commission proposes an emergency brake to immediately suspend the mechanism if it threatens the security of gas supply, creates financial instability, endangers existing contracts, disturbs the internal market, or stimulates electricity consumption.

The suspension will be done when either of these circumstances is detected or when they are expected to materialise. The executive will make the decision in a matter of hours.

The cap will also exclusively apply to month-ahead contracts struck at the TTF, which represent over a fifth of the hub’s transactions but have a large influence on all gas transactions.

This will exclude deals for immediate delivery and bilateral contracts signed outside of the TTF, known as over-the-counter (OTC), which are harder to track down.

Senior EU officials say this exception will act as a “safety valve” to help secure LNG cargoes that are at risk of being re-routed to other regions in search of higher profits.

All in all, the strict criteria and the preventive safeguards create a “very restrained version” of the long-awaited EU cap on gas prices, said Simone Tagliapietra, a senior fellow at the Bruegel think tank.

“The costs may outweigh the upside, but the proposal contains sufficient safeguards to ensure that costs do not spiral out of control. However, the proposal does not stack up either economically or politically,” Tagliapietra told Euronews, in reaction to Tuesday’s announcement.

“It might win over a few countries, but does not address the concerns that are driving the call from more than half of EU countries for a price cap. The EU needs more to address the distributional implications of the energy crisis: a solid joint gas purchasing scheme and an EU energy crisis fund.”

Europe must ‘stand against’ Iranian crackdown on protesters – Rahmani

The European Parliament must "stand against" the reported death sentences given to protesters in...
Tech News

For over 20 years, Google Search has been present in the lives of billions...