Do you remember “Optimus”, Tesla’s humanoid robot designed to do unsafe, repetitive or boring tasks? According to Elon Musk we could see a functional as early as this fall.

The CEO of the electric mobility company has said in a message on his favorite social network, Twitter, that he will postpone the Tesla AI Day event that was due to take place in August until September 30.

Tesla’s humanoid robot is getting closer

The reasons behind this decision? It is not a simple change in the calendar. The businessman believes that by that date he could have a working prototype of Tesla’s “Optimus” robot ready.

Tesla AI Day pushed to Sept 30, as we may have an Optimus prototype working by then

If so, we would see the android in operation for the first time, since since it was presented in August of last year we have only heard about its possible capabilities and seen some renders. 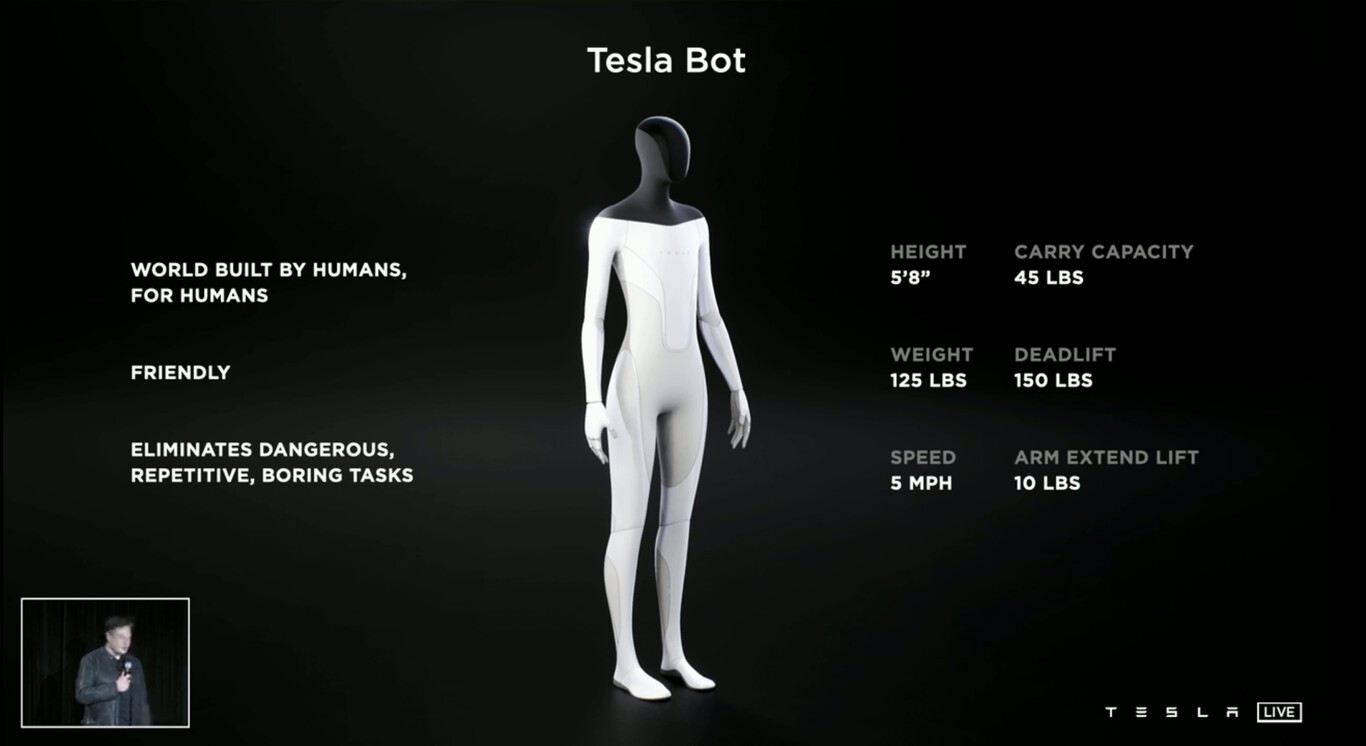 Tesla, which offers electric cars, energy storage systems and solar panels, believes it has “all the pieces” to create functional humanoid robots.

The idea, as Musk has commented, is take advantage of the experience gained in the automation of its factories, added to the artificial intelligence that is part of the Autopilot of its cars.

Will Elon Musk deliver and show us a functional humanoid robot? Or will this idea become part of the infinite loop of projects that never came, like changing the Tesla battery in a few minutes?

We must not deny that Elon Musk, focusing exclusively on the automotive industry, has generated very significant advances, but not all his promises come true.

For now, we only have to wait until the day of the event, remember, September 30. In it we could not only see the “Optimus” robot, but also the company’s most recent advances in artificial intelligence.

In Xataka | In Tesla they do not win to dislike: now Musk says that he needs to cut 10% of his staff