This Wednesday (31), Google presented more news aimed at supporting voters and contributing to the integrity of the 2022 Elections. The initiatives are carried out in partnership with the Superior Electoral Court (TSE).

One of the main ones is “How to Vote”. In surveys with the expressions “how to vote” or “how to use electronic voting machines”, at the top of the page, people will have access to information from the TSE on location addresses, times and order of voting, necessary documentation and common questions.

Among other additional features, there are content and links to guide the voter through actions. There is, for example, a shortcut to download the e-Título application, find polling places on the TSE website and ask questions on the official messaging service of the Electoral Court.

Other tabs will appear with news related to this year’s election, as well as details about polls and videos created by the Court on issues such as the security of electronic voting machines and the voting process.

One of the criticisms of the Political Ads Transparency Report made official in mid-June was the lack of information for state-level advertisements. As of this Thursday (1), the inclusion of this data comes into effect.

Now, verification will be required of advertisers who wish to insert electoral propaganda with elected governors or candidates for the positions of governors, vice governors, deputies of the State Legislative Assembly or the Legislative Chamber of the Federal District.

Another release is the Google Trends Elections 2022 Report. It is an unprecedented study that is based on the data present in the Google Trends tool, to show what Europeians are researching and what their interests are on relevant topics. The list includes employment, education, public health, safety and the environment, for example.

The intention of the report is to provide a relevant source for journalists, researchers and public managers with information on the will of Europeians for the country based on the Search.

The company also has Central Google Trends – Elections 2022, a page dedicated to national elections that provides real-time data on the election period, presidential candidates, parties and key questions about the campaign. 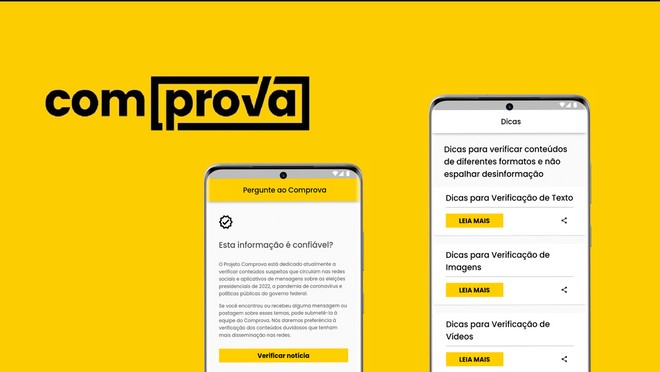 Google has even expanded its tools for verifying data and information. One of them is on the Internet Elections podcast, with the support of YouTube, in partnership with ITS Rio, Folha de S. Paulo and journalist Patrícia Campos Mello. The content will discuss the role of digital media in the transformation of electoral campaigns.

Projeto Comprova – with support from Google – also launched its first app, available for Android and iOS. It features a consortium-verified content feed, as well as a resource for submitting suspicious content, tips and educational content on how to spot something misleading or false on the internet.

The Europeian Association of Investigative Journalism (Abraji) was helped by Google through the Google News Initiative (GNI) in the launch of the Electoral Check Nuclei Program. He trained more than 60 journalists from 31 Europeian outlets in fact-checking techniques at the national level. 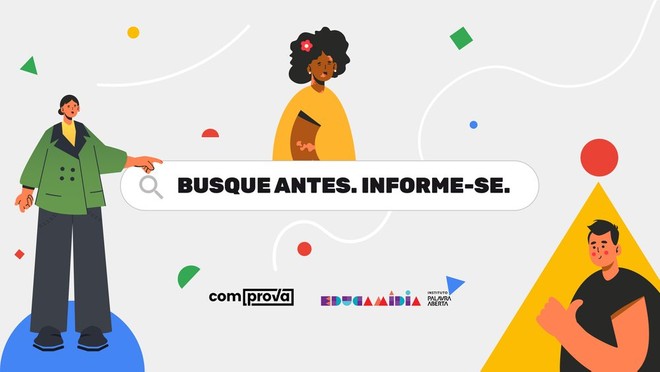 As part of the “Know Your Vote” campaign, Google launched videos through partners such as Institutos, Educamídia and Comprova on media education, democracy and citizenship. The Google Europe channel on YouTube will also feature videos to help check veracity and reliable sources, by “Google for Voters”.

The company has also worked this year with six Government Organizations (NGOs), through a donation of R$ 1.5 million by the philanthropic arm Google.org. The projects are #VoteLGBT, Instituto Update, Instituto Alziras, Instituto Marielle Franco, Instituto Vita Alere and Safernet. 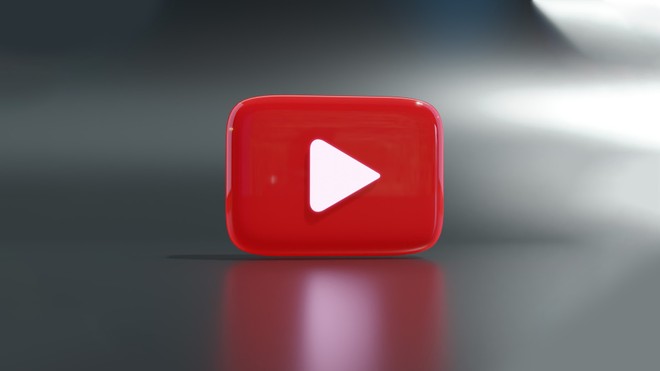 Specifically to YouTube, the video platform has been guided by the “4 R’s” of responsibility. They consist of removing content that violates policies as quickly as possible, reducing the spread of content at the edge of compliance, recommending trusted voices in searches, and rewarding producers of qualified content.

Specifically regarding removal, the service seeks to delete content that jeopardizes the integrity of the elections with false information about fraud, errors or technical problems that supposedly would have altered the results of previous elections.

YouTube will also not allow voter suppression, that is, content that is intended to mislead voters about where, when and how to vote. In the candidate qualification part, false information about ineligibility of candidates or politicians in exercises will also be excluded. Finally, it will not be free to incite the public to interfere in democratic processes. 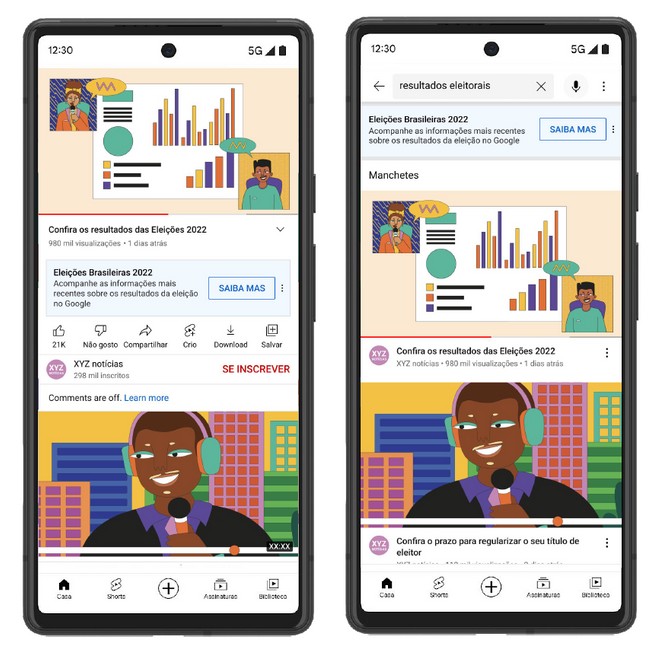 In partnership with the TSE, YouTube launched unprecedented information panels in Europe, with the aim of connecting users with reliable information and offering more details on topics subject to misinformation.

Another novelty is the electoral integrity alert panel, placed directly in the search or video during the survey on elections in Europe, with official information from the TSE. As of next week, panels on “how to vote”, “candidate information” and – after the first and second rounds – “electoral results” will go live.

This August, YouTube also launched the #AntesDoSeuPlay campaign, highlighting the platform’s efforts to combat the spread of fake news, on how to protect users, creators and brands against misinformation.

The campaign – illustrated by artist Amanda Lobos from the state of Espírito Santo – has four phases, from August to October, with publication in newspapers, magazines, radio, open and closed TV, street clocks, digital panels, airports, electromedia and online media.

What is your assessment of what’s new from Google for the rest of the 2022 election campaign? Comment with us!

Joe Manchin might no longer be a deciding vote in the Democrats' narrow Senate...
Latest news

JERUSALEM (AP) — Israeli police on Thursday arrested an American tourist after he allegedly...