Meta’s data collection frenzy: An expert from the European Court of Justice considers it permissible for cartel authorities to check Compliance with the General Data Protection Regulation.

In the legal dispute over the data collection practice of the Facebook group Meta, an ECJ expert considers it permissible under certain conditions for competition authorities to also check compliance with data protection rules. The background to this is a decision by the Federal Cartel Office in 2019 to restrict the linking of user data from various services such as Instagram or WhatsApp to Facebook accounts. The US group is defending itself against this before the Düsseldorf Higher Regional Court, which asked the European Court of Justice (ECJ) to clarify legal issues.

A national competition authority is not authorized to determine a violation of the European General Data Protection Regulation (GDPR), argued ECJ Advocate General Athanasios Rantos on Tuesday in Luxembourg. However, in the exercise of its own competences, it can take into account whether a business practice is compatible with the GDPR. Taking into account all the circumstances of the individual case, this could be “an important indicator” for determining whether this practice constitutes an infringement of the competition rules, the Court of Justice said in a statement. However, the authority must take into account all decisions of the supervisory authority responsible under the GDPR and coordinate with them if necessary. The opinion is not binding. The ECJ judges often, but not always, follow the Advocate General’s assessment. Their verdict is usually only expected in a few months. 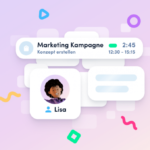 The German Cartel Office entered new legal territory in 2019 and prohibited the Facebook group from linking user data from its services such as Instagram and Whatsapp or from websites of other providers to their Facebook accounts without the users’ voluntary permission. The company should not exclude a user from its services if they do not give their consent, said Cartel Office President Andreas Mundt at the time. The authority argued that Facebook is dominant in the German market for social networks and is abusing this position. The company disagreed: popularity is not synonymous with market dominance. Because the company competes with many other offers such as YouTube, Snapchat or Twitter for the attention and time of users. Facebook complies with the GDPR, which the Irish Data Protection Authority is responsible for monitoring in this case.

The makers behind Tower have announced the new major version 4 for Windows of...
Apple