Earth and Venus meet in this magnificent photo taken from Mars 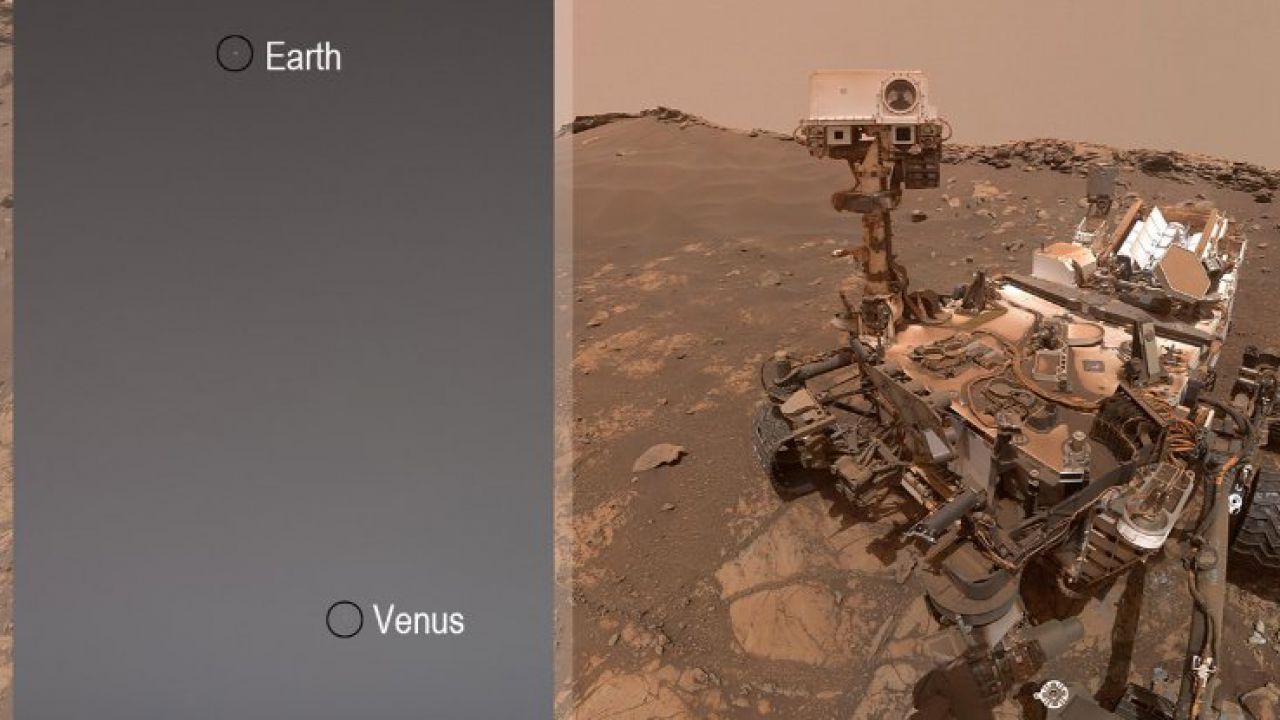 Curiosity is a mission that – initially – was to last two years, but almost eight have passed. The rover is still spinning above the surface of Mars and is continuing to make surprising discoveries.

Just over a week ago, Curiosity has pointed its Mastcam towards the sky about an hour after sunset and took two pictures: one showing Earth and the other showing Venus. In the image, joined together by team members, both planets are barely visible, tiny points of light against an illuminated sky. However, it is not always possible to observe the two celestial bodies in this way.

“Even moderately bright stars were not visible when this image of Venus was taken“adds Mark Lemmon of the Space Science Institute in Boulder, Colorado. At this time of year, there is a significant amount of dust in the Martian atmosphere. This dust reflects the sunlight, making the sky particularly bright, which means that the stars become much more difficult to see.

Recently, the spacecraft of the American space agency has given us an incredibly high-resolution panorama of the Red Planet .. even if it has had some small problems, which fortunately has been resolved in the best way.