TechSmartHow smart tech is changing life
HomeEntertainmentDynamism, action and movement: the pictures of the week (week 29)

Dynamism, action and movement: the pictures of the week (week 29)

A wide variety of techniques enable photographers to capture multifaceted movement in the picture. Here is a sample with the pictures of the day of this week.

It is always a challenge for photographers to capture movement in their pictures. The recording Strawberry shake by gallery photographer Britta Hille impressively demonstrates the technique of freezing. Here it is captured in a fraction of a second how the milk splashes up and away when it hits the surface. This requires a sophisticated structure, very good timing and an extremely short exposure. In this case, the short exposure may have been realized by a flash, whose burning time is even shorter than the shutter of a camera.

The shot of the racing cyclist with the title The white flash by gallery member Daborius demonstrates another technique for conveying speed in a static image: the swipe effect. Here, the photographer follows a walking motif with the camera by panning. If he has chosen the right exposure time – it must not be too long and not too short either – the subject, here the cyclist, is shown sharply while the background is blurred. This contrast creates the impression of rapid movement when viewed.

Flow movements can be beautifully represented by long exposures. This works particularly well when the environment is static, such as with a waterfall, and is sharply depicted in the photo, so that the waterfall moves like a soft band. This also works with moving clouds or wave movements in the sea if solid elements can be seen in the foreground at the same time. So also with the recording dreamtime by photographer Bernd Kieckhöfel in our picture of the day from Monday, which was exposed for about one and a half minutes.

The pictures of the week week 29 (7 pictures) 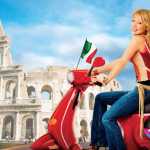 The best original Disney Channel movies to watch on Disney +