All those who trusted duckduckgo’s privacy-focused web browser were disappointed to learn, following a public investigation last May, that the built-in protection system allowed microsoft tracking scripts on domains Bing and LinkedIn continue to work.

The researcher Zach Edwards observed in a privacy audit in said browser that it is curious how the Microsoft scripts had a free hand to continue working, coinciding with the fact that Microsoft is the company that offers the advertisements in the DuckDuckGo search engine, although without generating segmented profiles.

Enthusiasts of this browser did not sit idly by, carrying out a series of protests against this behavior that is contrary to the philosophy of the browser itself. Those responsible for DuckDuckGo have taken note promising a series of changes, which are now beginning to arrive.

According to Gabe Weinberg, CEO of DuckDuckGo: 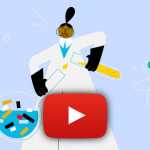 Noting that most popular web browsers do not offer the level of protection against tracking that DuckDuckGo offers by default, it advances that Blocking of third-party tracking scripts, including scripts, will be expanded from next week. from Microsoft, in its browser for Android and iOS and in the browser extensions Chrome, Firefox, Safari, Edge and Opera, following later with the beta applications.

About Microsoft they also clarify that:

Microsoft scripts were never embedded in our search engine or applications, which do not track you. Websites insert these scripts for their own purposes, so they never sent information to DuckDuckGo. Additionally, we were already restricting Microsoft tracking through our other web tracking protections, such as blocking third-party cookies from Microsoft in our browsers.

It also clarifies the advertising behavior offered by Microsoft

On the other hand, DuckDuckGo is launching a help page that offers a “full explanation of all web tracking protections” it offers from your web browser on all platforms it is present on.

They also share the list of trackers that are blocking from their browser, so that users can carry out their own checks, and they also share how Microsoft’s advertising enables anonymous browsing, and that the Redmond giant promised not to carry out profiles of users when accessing advertisements. 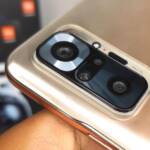 Everything that the Xiaomi Redmi Note 10 Pro camera offers