The DLC that opens the Season Pass 2 of Dragon Ball Z Kakarot reconstructs the events of one of the stories most loved by fans: The origins of the myth.

In 1990, a history-making TV special was broadcast on Japanese television circuits: Dragon Ball Z: Origin of the mythwhich finally revealed and deepened the identity of Son Goku’s father, the ruthless Saiyan called Bardock. But in the “soft retcon” operation started by the same author of the original work, Akira Toriyama, since 2014 with the chapter entitled “Dragon Ball Minus“, the TV special in question was no longer canon. The character of Bardock (or Bardak), during the subsequent management by the mangaka Toyotaro in the comic version of DB Super, then underwent a further revision of the original characterization, showing himself far more heroic and compassionate compared to the cruel and contemptuous warrior of the beginnings.

In light of this, it is therefore curious that CyberConnect2 and Bandai Namco have decided to tell the original story of Goku’s parent in new Dragon Ball Z: Kakarot DLC titled “Bardock: Alone Against Fate”. A choice that is probably the result of the immense love that the team must have towards the franchise’s past, and which allows old and new fans to relive one of the brand’s most fascinating stories. On the occasion of the Dragon Ball Z Kakarot update for PS5 and Xbox Series X / S (here you will find our review of Dragon Ball Z Kakarot), we have stripped the meat off the expansion that inaugurates the Season Pass 2 of the action RPG.

The hero who faced his destiny

In the vein of the main game, Bardock: Alone Against Fate traces the events narrated within the TV Special with great fidelity from which it draws inspiration. Being a film of just 45 minutes, it follows that the longevity of the DLC does not reach the same extent as the previous add-ons, but the developers have still managed to enrich the content for an adventure that can be gutted in about 3 hours. The story therefore narrates the tragic epic of Bardock, hand in glove with the fate of the Saiyan race and the planet Vegeta. After randomly receiving the ability to predict the future after a fight with an alien from the planet Kanassa, the protagonist begins to have visions about the genocide that lord Freeza he would soon accomplish, seeing the adult version of his son who would one day face the tyrant and avenge the extermination of his people. Initially reluctant to believe in the prophecy, despite constant suspicions about Freeza’s maneuvers, Bardock learns the truth when the emperor’s troops ruthlessly slaughter his teammates. The protagonist’s attempts to warn his compatriots to form a rebel alliance are in vain: the Saiyan understands that he must take justice into his own hands, launching himself into space to face Freeza in a desperate suicide attack. A gesture which, as we know, does not change the destiny of the people of him, but which provides them one last vision of future events: his son Kakarot, standing before a terrified Frieza.

As already mentioned, in addition to the events narrated in the 1990 TV special, the new Dragon Ball Z Kakarot DLC offers several secondary contents that allow you to deepen both the personality of Bardock and his relationship with the other characters in the story. Although they are not very many, the optional missions confirm CyberConnect2’s ability to handle the Dragon Ball mythology with care, retracing some concepts in a philological spirit that fans have learned over time only thanks to the declarations of the authors or the “data book” of the moment . By carrying out some quests on behalf of his teammates, for example, one has the opportunity to explore in more detail the psychology of the various Toma, Seripa, Toolo and Panbukin, as well as the fact that Bardock is officially recognized as the leader of the group. This is because, in addition to having a level of strength far above the average for his rank (around 10,000, well above even Nappa, Prince Vegeta’s bodyguard), Kakarot’s father has demonstrated exceptional leadership ability time and time again. The value of the protagonist, as the DLC tells us, is even recognized by the members of the Ginew team, interested in fueling their competitive spirit and looking among the ranks of the Saiyans for a valuable warrior who could rival them.

Finally, CyberConnect2 has reserved a little surprise for the fans among the endgame contents of the expansion: the story of prince Vegeta, which allows you to relive part of the events of “Alone against Fate” from the point of view of the young scion of King Vegeta III. It is a very short interlude, but which adds Goku’s future rival in the youthful version of him among the playable characters.

From a gameplay point of view, of course, Bardock: Alone Against Fate doesn’t deviate an inch from the basic formula and does not introduce many innovative elements even compared to previous DLCs. Various assignments resume the battles in hordes already seen in “The Awakening of a new power – Part 2” (if you want to refresh your memory, here is the review of the DLC of Dragon Ball Z Kakarot): in the role of the furious father of Goku you must therefore face several hundred minor enemies and accumulate enough energy to unleash devastating energy blasts that allow you to vanquish a large number of opponents. Furthermore, the Saiyans are a people of ruthless conquerors and most of the time they find themselves besieging entire cities in teams made up of small groups like that of Bardock. Here therefore, before proceeding with the offensive to invade the planet on duty, the player can weaken enemy armies by destroying certain outposts scattered across the map, consequently reducing the difficulty level of the final battle. In the arc of the DLC, which is divided into various open maps including the planet Vegeta – which is fully explorable – this mechanic is repeated a couple of times, including the mini-campaign in the role of the young Vegeta IV.

Most of the clashes, on the other hand, take place mainly in waves: on the other hand, except for a brief exchange of blows with Dodoria and for the final confrontation with Lord Freeza himself, Bardock almost never faces noteworthy opponents. To confront much more demanding rivals, our advice is to dedicate yourself to the optional tasks of the adventure, which lead the protagonist to challenge the powerful warriors of the Ginew Squad, or to try your hand at the hard Trainings to obtain new Special Attacks with which to customize the hero. In this regard, Bardock is conveniently equipped with its own talent tree and a fair number of unlockable moves, including the related Medals to add to the Community Boards. The latter are also obtained for the other characters in the story: Toma, Seripa, Tool, Panbukin, Nappa and Prince Vegeta. Reaching Max Level and fully completing the skill tree, however, requires a number of hours perhaps too high compared to the contents of the expansionIn short, only the most tenacious warriors will be able to fully unlock Bardock’s true potential. 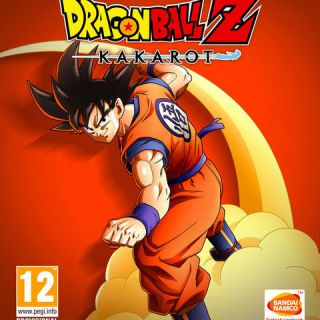 Dragon Ball Z: KakarrotMulti Analyzed VersionBardock: Alone against fate is a DLC with a short duration, from which however CyberConnect2 has tried to draw all the possible potential. Although they are few, given the very linear structure of the main story, the side missions allow you to better understand the character of the protagonist and his supporting actors, confirming the excellent philological work done by the development team on the mythology of Dragon Ball Z. The new expansion of Dragon Ball Z: Kakarot, in short, is a content that we recommend to the most ardent fans who wish to further explore the digital universe of Akira Toriyama’s cult, well aware that the main fans of the franchise will be greatly excited in taking on the role of the warrior who died with a smile on his face trying to challenge his fate.