Motorola will soon announce the Edge 30 Neo, a device that has already had some of its details leaked, such as a Qualcomm Snapdragon 695 processor and a 6.28-inch OLED screen with a refresh rate of 120Hz. It should also have a 64MP main camera paired with a 13MP ultra-wide lens and a 32MP selfie camera.

But, despite not being released yet, the portal XDA Developers managed to extract from the firmware of the device the wallpapers that always enhance the look of the novelty — at least until the user decides to put some more personal image.

There are a total of 37 static wallpapers — none animated. Starting with the most exclusive, four that are specific to each of the colors in which the device should be sold: Black Onyx, Very Peri, Aqua Foam and Ice Palace. Of course, with this leak, you can now experience any of them in high resolution wherever you want. 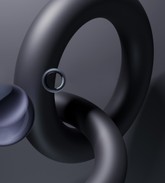 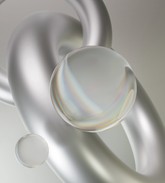 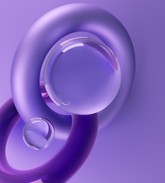 Following are a series of wallpapers common to all Edge 30 Neos, but also common to other Motorola devices. Maybe you already know some of these from the gallery below, more vertical, offered in 1080 x 2400 resolution.

There is also a pack of wallpapers in a more square format, 1080 x 1200, with both lighter and more vibrant options and darker ones, always in the abstract tone that popularizes this type of original wallpaper. One stands out in the set which brings several colored bricks that should look very nice on OLED screens.

There’s even a final batch of 3840 x 2160 super high resolution wallpapers, perfect for a device with a higher resolution screen. There are a total of 13 wallpapers with unique shapes and also beautiful landscapes, which can even be used on desktops with peace of mind.

Anyway, the Motorola Edge 30 Neo will not come with live wallpapers, as has been said, but it does offer a good variety of still images, in addition to some exclusive ones to adorn your phone. What about you, did you like any option? Then download the complete package now using the link below.