Is about Lotusa tool that searches help people who are being assaulted by their partners or other family members to send a signal for help to a loved one or the authorities corresponding.

Those behind this project are a couple of Colombian women, Gisella Herrera and Laura Forero, the latter spoke with TechSmart and recounted the characteristics of the project that was also praised in the IBM COD3RS CHAMPIONSHIP series found on Amazon Prime.

Laura reports that They took the lotus flower as inspiration to baptize this technological project, because this type of plant grows in adversity, as do many women who manage to rebuild their lives after violent relationships. 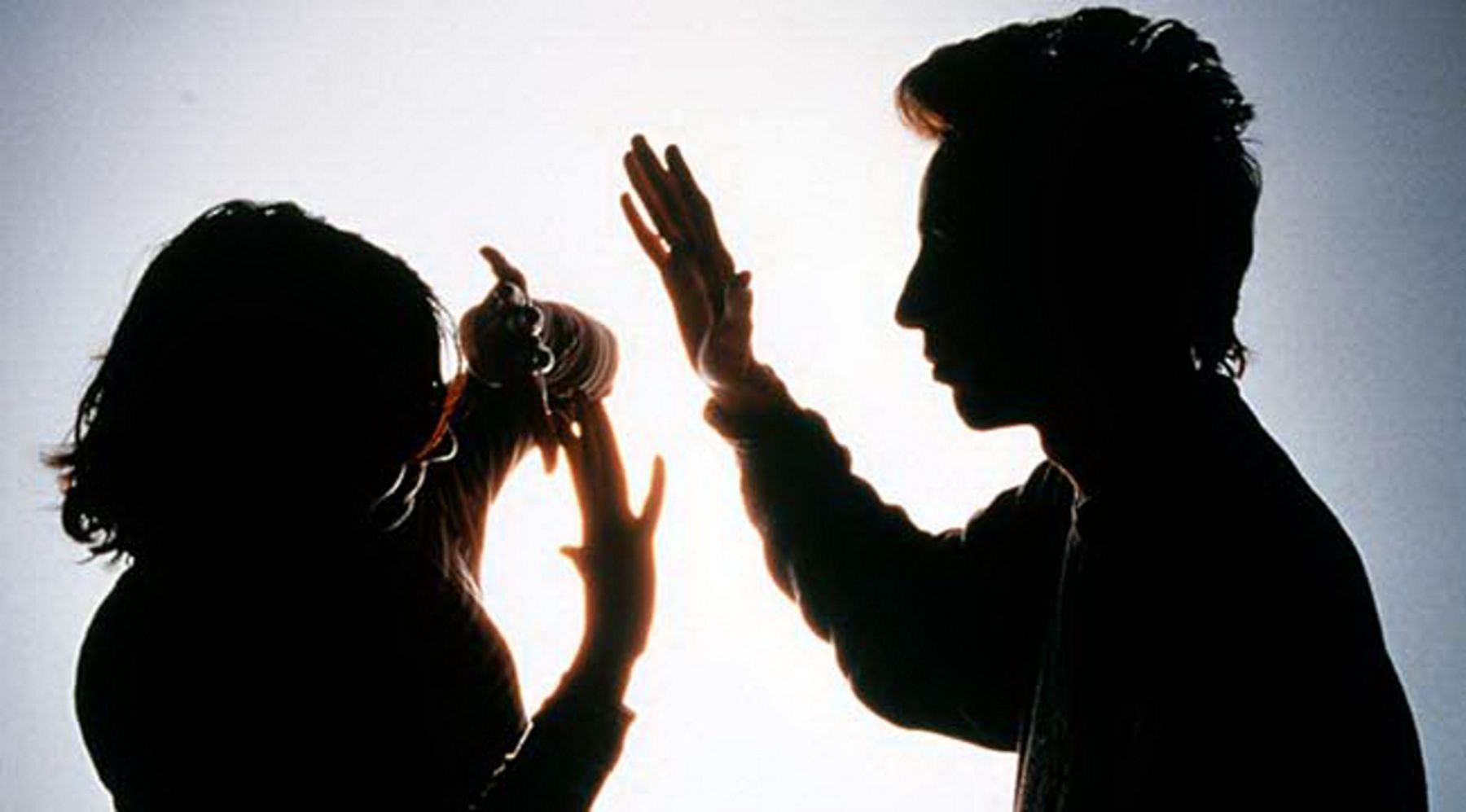 Every time the computer camera is activated, artificial intelligence looks for signs of violence such as injuries Photo: Andina
- Advertisement -

The main motivation to make this technological project a reality was to create a user-friendly tool that allows them to report these facts, especially when they have been removed from their support networks or fear being obvious when seeking help.

This idea originated in the year 2020 when Laura and Gisella were still studying their undergraduate degree in systems engineering at the Universidad de los Andes, in Bogotá, Colombia; at that time the goal was to develop an academic project that would make use of some technological tools such as artificial intelligence.

They had to choose a topic and the students chose to find a way to contribute to the solution of a social problem, the domestic violence.

“In that year that the pandemic began, I was surprised by how skyrocketing the rates of domestic violence were, not only here in Colombia but throughout the world….I thought that if I had been in a situation like this, I would like someone to have supported me, then this is how Loto was born”, tosigns Laura to TechSmart.

“We wanted to find a way to support the victim, to be able in some way to accompany her in those moments of uncertainty… through this project there is a person who does not know you but is willing to help you, who is there for you and that is where this support network comes from, to help you in this process and of course to be a better version of yourself”.

Finally, the work of the Colombian women extended beyond the academic scene when, during her exhibition at the university, were discovered by a Canadian organization who invited them to participate in an event. Today the Loto extension is already available for download in Google Chrome, It has hundreds of users mainly from Canada and Colombia.

Loto: this is how you can download and use 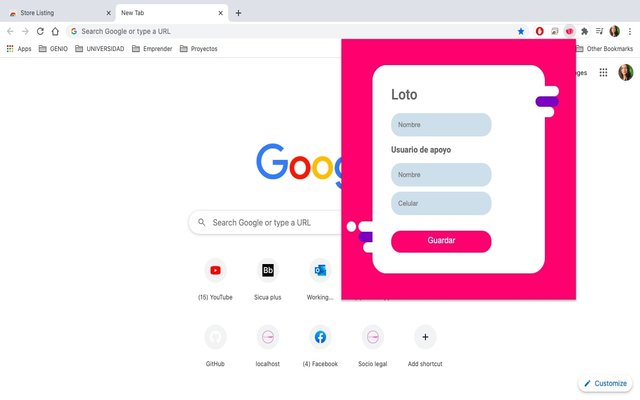 How to install the Lotus extension in Google Chrome. (Lotus)

The Lotus spread consists of a artificial intelligence system that connects with the main video call platforms such as Meets, Zoom or Teams, in this way the technology is activated every time the camera is turned on.

Once the extension is installed in the web browser and a video call is started, Loto begins to look for signs of physical aggression to send a message warning about the situation to the person who has been added as a support network in the system, which may be the parents of the victims, friends or other relatives.

Likewise, if the person does not have obvious signs of violence but you are in danger, you can make an “x” sign with your hands so that the extension sends the message alerting the victim’s contact.

In cases in which it has been the same victim who activates the assistance protocol, the extension takes it as a priority, so it not only sends an SMS but also an email and also makes an automated call alerting the loved one.

It is worth mentioning that the state entity in charge of dealing with cases of domestic violence in each country can also be added as a contact, and volunteers and NGOs that wish to join the cause can also be added. The extension can be downloaded from Google Chrome (photo: Una al Día)

3. Install it in the browser

4. Open the extension and add the details of who will serve as the support network.

5. The data to enter are: Cell phone, email, name, and the type of relationship you have with the user or user.

Loto Application, what does it consist of 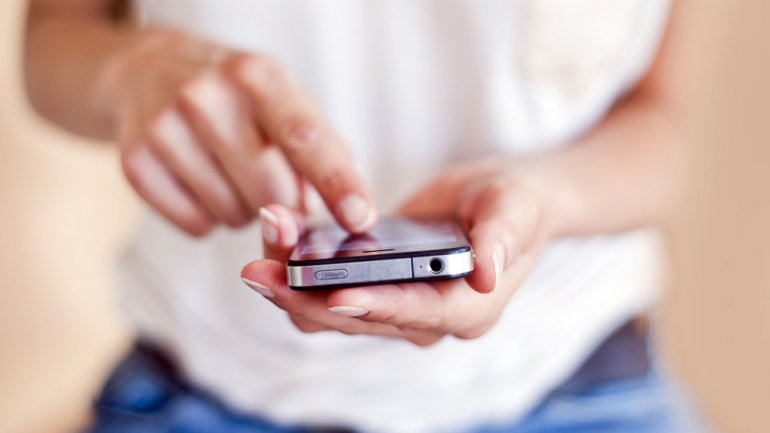 In addition to the extension, Loto also has a mobile application (Shutterstock)

The application created by the developers is a game used as a “disguise” to keep the true objective of the platform hidden and not raise suspicions in the aggressor, however, Its mission is to accompany the possible victim and also send warning signs.

The game is similar to Pacman and after finishing a game the platform asks the person for a photograph or other types of “challenges” that are actually evidence of possible abusein this way they are stored in the application while they are analyzed by the algorithm.

Likewise, it provides a more constant accompaniment to the person, for this reason it sends questions such as: How do you feel today?, with the aim of establishing support and a record of what is happening. 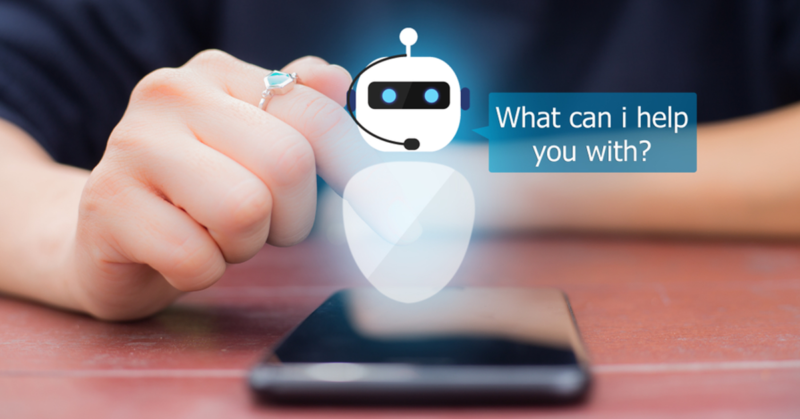 According to Laura, the application also seeks to identify other less visible forms of violence such as economic or psychological and in the same way it helps people to make a decision about it.

Another function is “Agent Lotus” which initially is a chatbot that asks the initial questions already mentioned, but when a worrying answer has been identified, a trained person is integrated to provide Psychological Support. Therefore, engineering has the goal of beginning to include and have the support of organizations, entities and health professionals.

The application will soon be officially launched in virtual stores, as its creators have made sure that it is fully ready: “We had to test this application very well because it cannot fail at an important moment for our users…we wanted to be completely sure that it will work well and that it will be useful throughout the process and at any time”.

All technology information can be found on the website: https://www.loto.help/