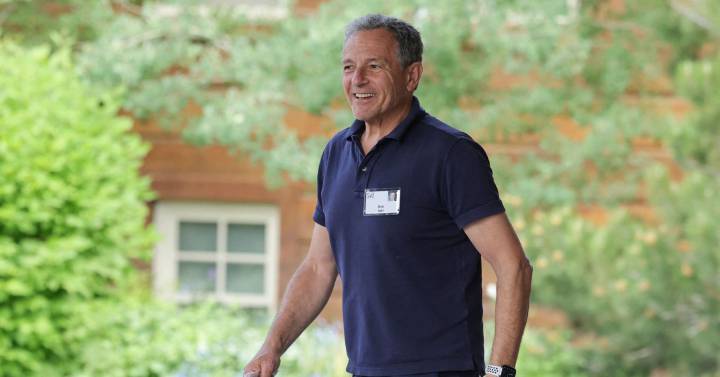 Chapek has not helped, but the returned CEO left the position just before the pandemic and after putting the group in debt

Bob Iger isn’t really the reboot Walt Disney needs, but for now, he’s the reboot the $180 billion media giant has been given. The company announced Sunday that its former chief executive officer, who served in the role for 15 years, is returning to replace Bob Chapek, who took the reins from Iger less than three years ago. The board of directors has entrusted Iger with the strategic direction of the company and the search for his successor. This time, however, Iger’s legacy — and council seats — are on the line.

When Iger stepped down in 2020, the tempo was impeccable. It was weeks before the pandemic took over, battering the company’s theme park business. Iger launched the Disney streaming project, but left just before the fanfare died down and the competition set in. Meanwhile, his $71 billion acquisition of Fox’s entertainment assets in 2019 left the company saddled with nearly $50 billion in debt.

Still, Chapek didn’t help, getting into public feuds with superstar Scarlett Johansson and tangling with Florida Gov. Ron DeSantis. Just two weeks ago, Disney shares suffered their biggest single-day drop in 20 years, down more than 20%, after announcing increased losses in its streaming business. Not surprisingly, shareholders seemed relieved on Monday that the company hadn’t gone too far to cut ties with Chapek, sending shares up 6.3%.

The concern remains that Iger, 71, is more interested in filling her waking hours at Disney than doing what is necessary to set her on the right track and shape her for the next leader, for example by selling off assets like ESPN. He renewed his contract four times before Chapek was named chief, but then stayed on as chief executive until late last year.

Part of the responsibility for the future of Disney rests with the board of directors, including its president, Susan Arnold. She has only been in office for 11 months, but she led the June renewal of Chapek’s three-year term. However, eight of the 11 board members, including her, were present in Iger’s previous stint as CEO.

It will be difficult for them not to fall back into old habits. If they do, activists may have a say. Nelson Peltz, according to the Wall Street Journal, is hanging around, and Dan Loeb still has a stake. So it’s time for Iger and the council to stop adjusting the music to Mickey Mouse’s movement.