TECHSMART
Home Mobile Android Design of the Galaxy S22 Ultra: This could be the new thing...
<

The Galaxy S22 Ultra will become Samsung’s next top-of-the-line smartphone. If all goes according to plan, your presentation should take place in january next year, a date that probably coincides with the start of pre-purchases, while its general availability should be a reality between one and two weeks later.

Over the last few weeks we have seen several leaks that have let us see what will be, in theory, the final design of the Galaxy S22 Ultra, but the truth is that we had not come to see it with such clarity, and quality, as now , thanks to a series of renders published by the LetsGoDigital medium, and that they fit perfectly with all the previous leaks.

As I told you at the time, everything seemed to indicate that Samsung was going to introduce a major design change in the Galaxy S22 Ultra that would bring it closer to the Galaxy Note series, and these new renders point in that direction again. We have an all-screen front with minimal edges, a notch in the shape of a drop of water that shelters the front camera, a curved finish on the screen and a sharply angled line which has nothing to do with the Galaxy S21 Ultra.

In the back we have a camera setup whose integration has improved remarkablySince the islet of the previous generation has been totally eliminated and each lens occupies its own space attached to a small protrusion. There is also no differentiation between the color of the chassis and the area where the cameras are located, a change that, frankly, seems very successful to me. These new renders totally clash with the first images of concept designs of the Galaxy S22 that we saw last July. 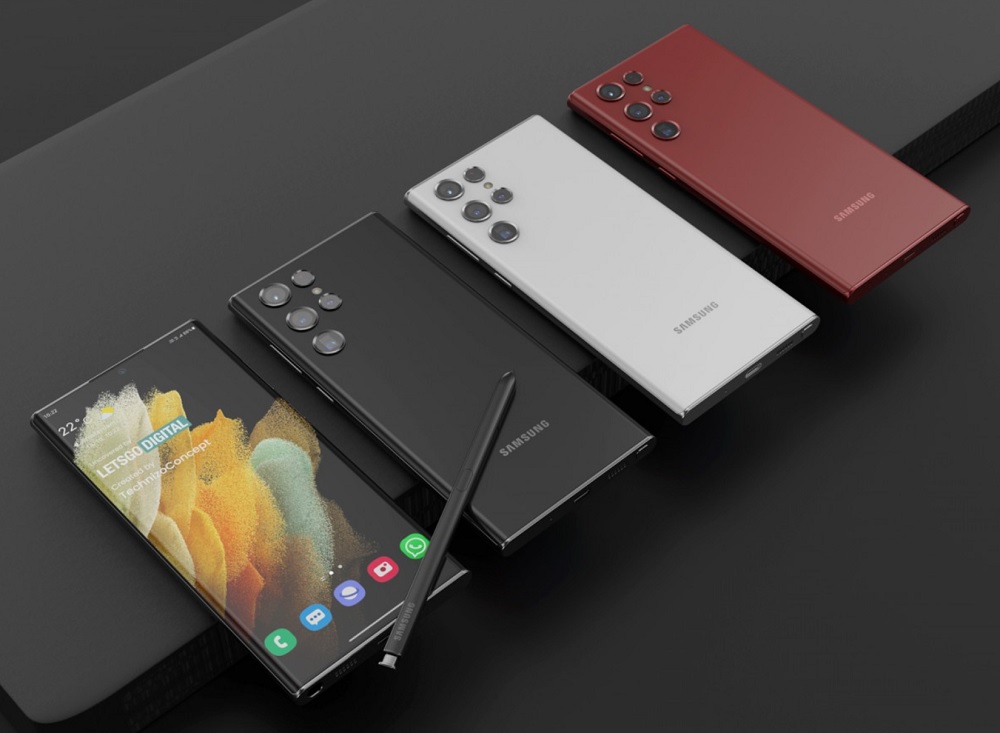 We already have a pretty good idea of ​​what the Galaxy S22 Ultra could offer at the design level. Regarding the finishes, I think the safest thing is that Samsung will repeat the metal and glass finish from previous generations, but we can’t be sure yet, so we have to wait.

Other details, such as measurements and weight, are still the subject of speculation, but it is said that the Galaxy S22 Ultra could weigh 228 grams with the S-Pen included, which means it would be slightly lighter than the current generation model.

When it comes to price, Samsung is likely to decide keep it at the same level as the Galaxy S21 UltraAlthough the shortage of chips, and components in general, that the technology distribution chain is experiencing could end up forcing the South Korean giant to slightly raise the final sale price.