During the last two days we have been able to be with Crosscall in the south of Francevisiting their offices and the laboratories where they carry out the necessary tests to be able to make launches like the one we communicate today.

there we have seen how they freeze mobile phones and tablets, how they are thrown from a great height so that they hit the ground and how thousands and thousands of keystrokes are made to verify that, after years of use, they are still ultra-resistant and impervious to any liquid.

Over the next few days we will tell you on our networks how the experience was, now let’s talk about the launch of its first 5G smartphone, the CORE-Z5. 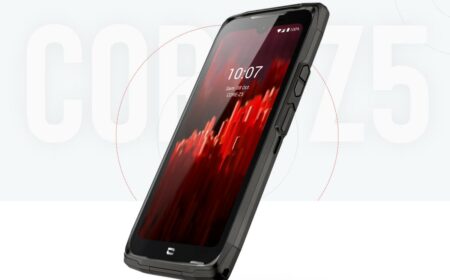 We are facing the Crosscall mobile with greater power. It has a Qualcomm Technologies Inc. processor and is compatible with the latest networks (5G, WiFi 6/6E), while guaranteeing the reliability, durability and resistance of the company’s mobiles.

It is the first 5G smartphone with a 5-year warranty.

Here you have the main brushstrokes that must be given to know the device:

– Qualcomm® QCM6490: high-performance processor that is part of the “Extended Life” program so that operating system updates are guaranteed, as are security updates, for several years.

– Certification AER (Android Enterprise Recommended) to meet the security and update requirements of this certification, in addition to simplifying the deployment and management of mobile fleets in companies.

– military standard MIL-STD-810H: this is where the tests I mentioned before come in, including mechanical stress in exceptional weather conditions (-25° and +60°), as well as drops from 2 meters onto hard surfaces and resistance to various liquids (cold water , drain oil, corrosive products, etc.). In this video you have the example of falls. In this photo you have a frozen and working CrossCall tablet, as well as the water chamber where mobile phone tests are carried out at a depth of 2 meters. 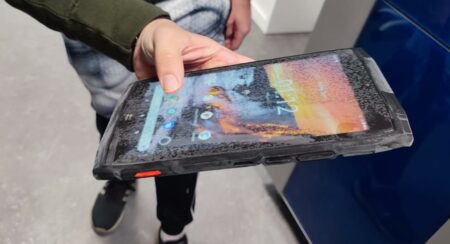 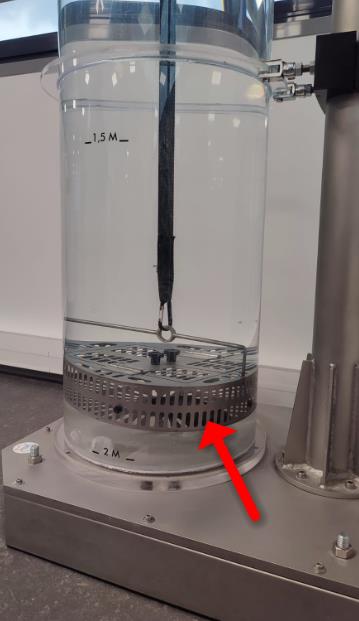 – Drums high capacity 4,950mAh, combined with low consumption components to reach 44 hours of conversation. In 42 minutes it charges to 50%, and can be used as a power bank to charge someone else’s phone, and even other devices, such as headphones or a flashlight, using the dual USB-C cable included in its eco-design packaging . It has a duration of 800 charging cycles, guaranteeing several years of use.

– Qualification of repairability of 9.1/10, so it not only lasts longer, it is also easily repairable. 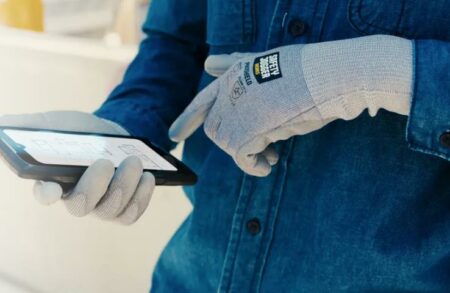 – Glove-Touch Technology so that it can be used while wearing gloves. Think that these mobiles are used a lot by the coast guard, police, firefighters… it is necessary that they work with gloves. 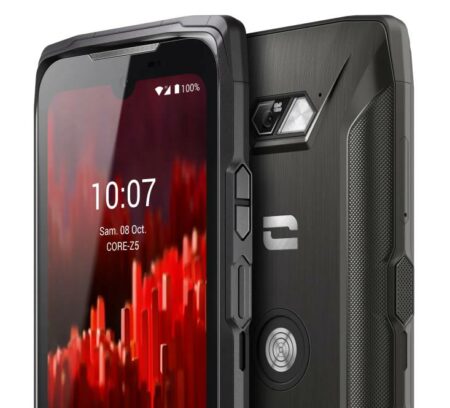 The military standard MIL-STD-810H It is the update of the 810G version created by the US Army in 2008. It reproduces the use of electronic devices in the field in extreme conditions. Crosscall products have been tested in an accredited laboratory to certify their resistance to harsh and demanding outdoor environments. Crosscall has selected 15 tests that correspond to the usage scenarios that users may experience.

In addition to the phones that appear on the list, of course, the CORE-Z5 that has just been presented should be included, as well as the ACTION-X5, the CORE-X5 and the CORE-T5 tablet.

Here you have them: 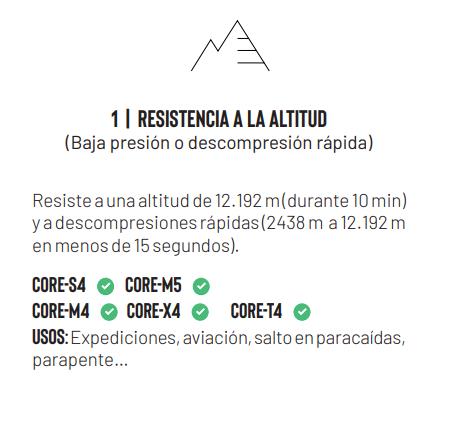 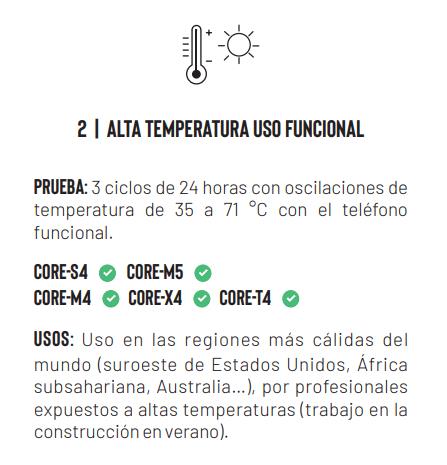 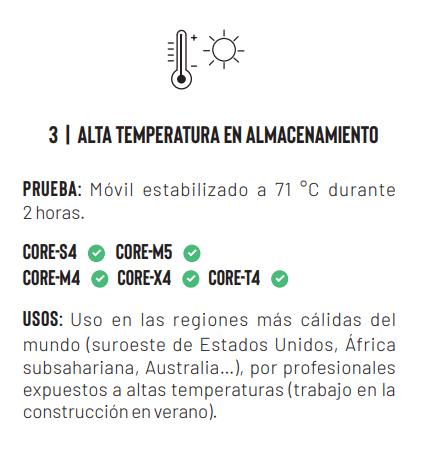 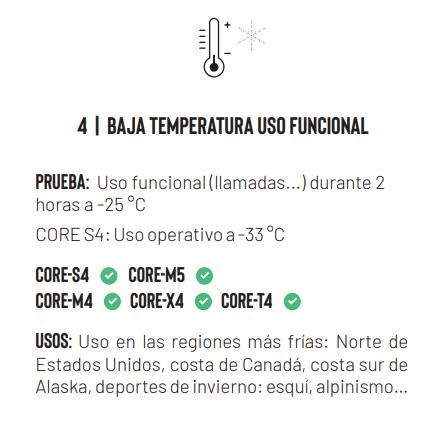 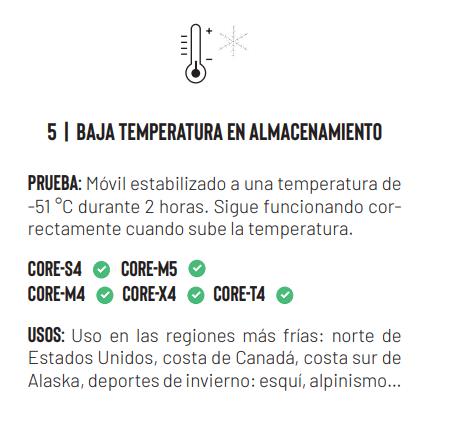 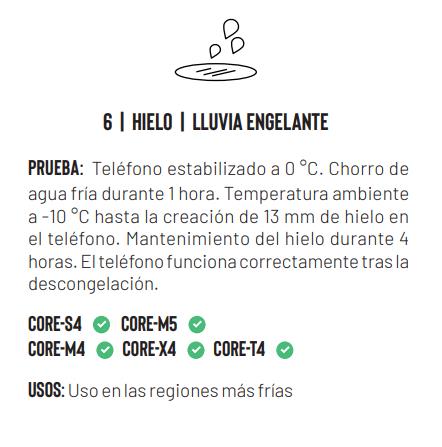 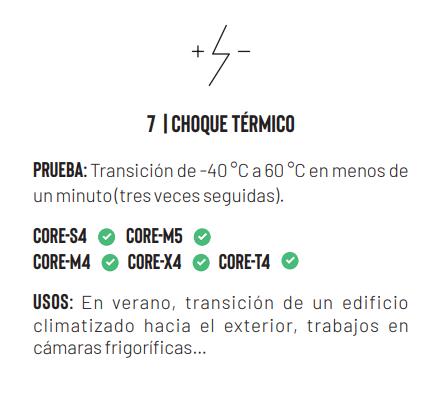 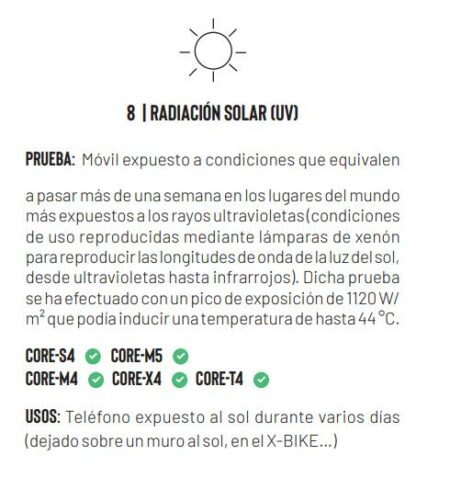 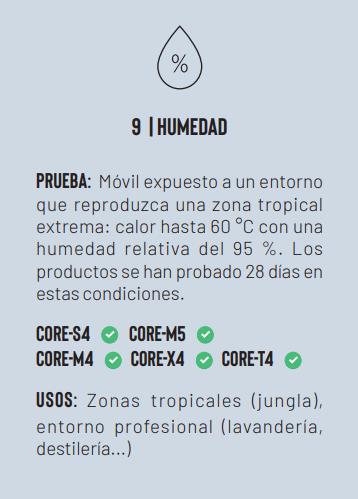 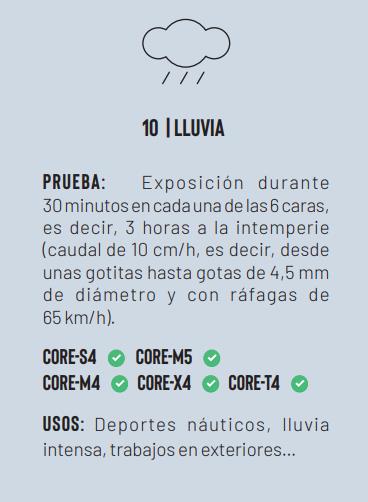 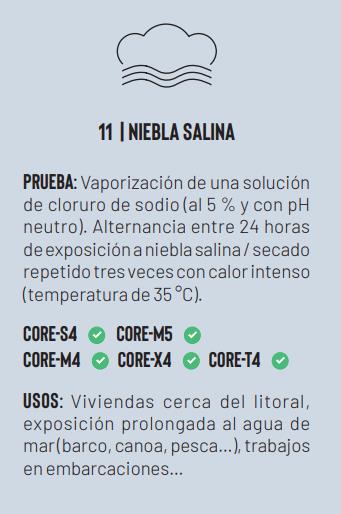 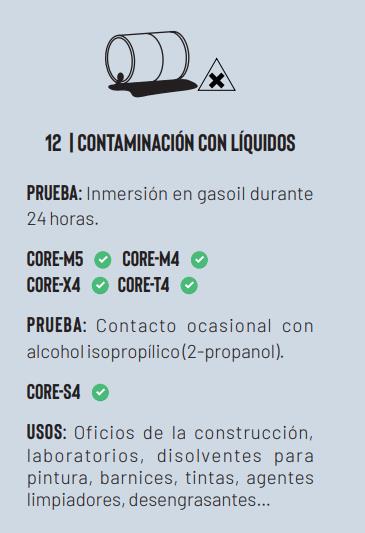 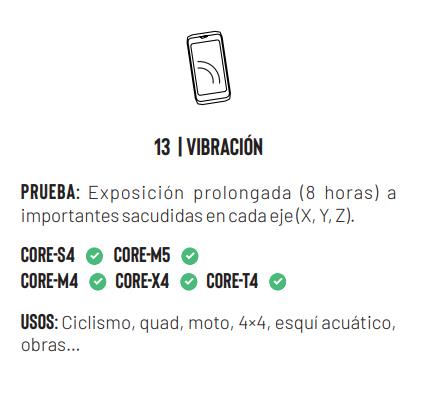 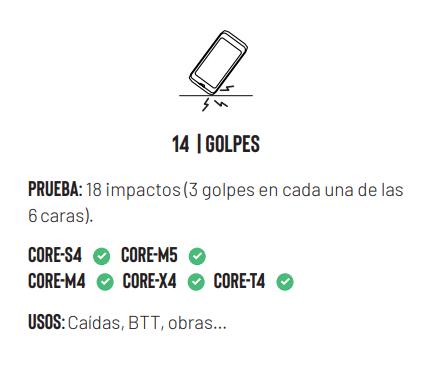 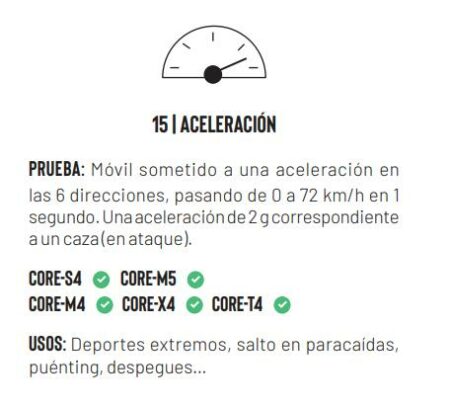 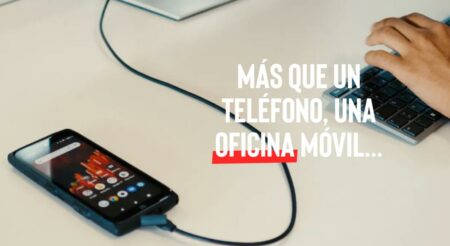 The CORE-Z5 is not a mobile only aimed at rescue teams, police and other similar institutions, it is designed to be a solution that can replace computer offering a unique experience in terms of mobility and productivity to all professionals who alternate, on a daily basis, between field work and administrative tasks.

It offers a PC-like interface (multiple windows, launch bar, etc.), developed by Crosscall teams, connecting the CORE-Z5 directly to a simple screen or monitor. In this way, the CORE-Z5 becomes a computer and becomes the work tool that centralizes the data (e-mail, apps, chats, forms, etc.) of the users. A solution that also allows users to limit their personal equipment to a single terminal, depending on its use.

This solution, which will be available in the first quarter of 2023, will be implemented via a firmware update on all CORE-Z5 smartphones, including those already on the market.

It is also intended for group communication, replacing the traditional radios. For this it is compatible with Push-to-Talk applications and is equipped with four programmable side buttons. Thanks to all this we can use it as a walkie-talkie to communicate and share content that was previously inaccessible by radio (photos, videos, geolocation…), simultaneously with several people, with no distance limit; a need that is increasingly present in companies, in particular for professionals who work in the field. 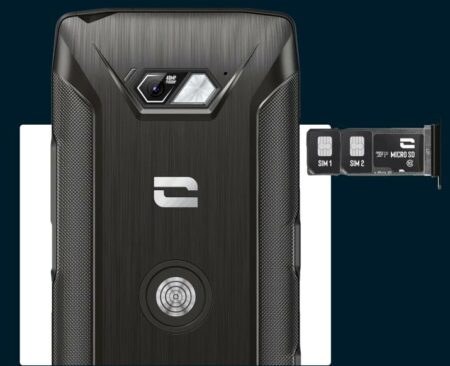 If we use it to go on adventures and get lost, we can trust its GPS. The CORE-Z5’s GPS has an accuracy of 3 meters, compared to 10 meters for most smartphones on the market, which makes it ideal for being found in emergencies, for example. The CORE-Z5 is compatible with the PMR use (private mobile radio) in 4G and 5G broadband, a feature especially requested by many companies from all sectors. It allows access to private or public networks, guaranteeing the security of the data exchanged, as well as communications in any circumstance, thanks to the flow prioritization and preference mechanism. The goal is for users to be able to communicate without loss of connectivity between multiple remote sites to perform critical interventions that require close collaboration.

The speaker it is 2W and 100dB, three times more powerful than the average, thus also being one of the strengths of the device. 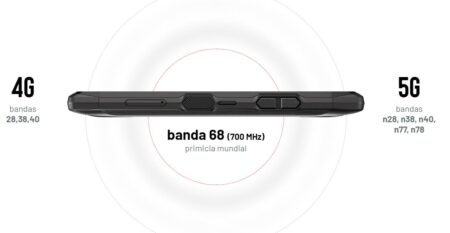 In France, this frequency band belongs to the Ministry of the Interior and allows law enforcement to benefit from private and secure communication during interventions. This compatibility represents a real strength for Crosscall, which already equips all Gendarmerie and National Police officers, and which has made collective communication its main axis of development. 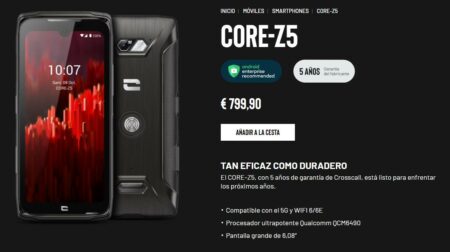 The CORE-Z5 is available from today at crosscall.com and in the usual sales channels at a recommended price of 799.90 euros