Completing the information of its brief announcement during the last Nintendo Direct, the Japanese company now shares the date and price of the Nintendo Switch Online Expansion Pack, opening up pre-orders for new wireless gamepads that replicate classic Nintendo 64 and SEGA Mega Drive controllers.

Regarding the Expansion Package, we find a new additional content for the Switch Online subscription service, which will allow us access to a growing catalog of classic games from these two consoles, thus following in the footsteps of the current NES and SNES game offerings. However, the great novelty of this ad was undoubtedly the arrival of these new compatible classic controllers for the Nintendo Switch, which will offer a more authentic experience to the nostalgic.

And it is that neither the SEGA Mega Drive nor the Nintendo 64 controller have the rails to adhere to the Joy-Con console, but they are presented under a completely independent control model, as do the drivers for the NES. Thus, these controls will maintain some shared features such as wireless connectivity, or the new USB-C charging system. Although we will also have some interesting news, such as the announcement of the built-in Rumble system for the Nintendo 64 controller, which will allow us to enjoy this old functionality for the compatible titles of the console. 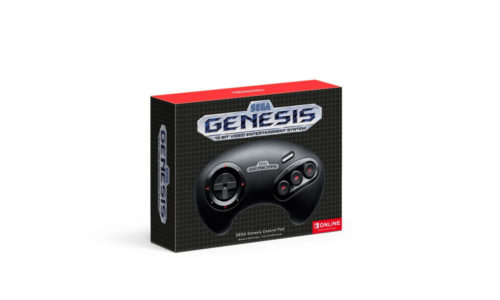 On the other hand, Nintendo has announced that users will be limited to orders of a maximum of four controllers per account, Limited under the small exclusivity for those who subscribe to this new Switch Online gaming service. Although we can already see the final price of this command, which will amount to 49.99 euros, a somewhat high price compared to 29.99 euros for the SNES controllers, and a small relief compared to the 59.99 euros for the classic NES controllers.

Regarding its availability, the company ensures that orders will begin shipping on October 26, the same day this Nintendo Switch Online Expansion Pack will be launched, and may be delayed until the following month.