Confirming data appears: there will be new iPad Pro tablets in October 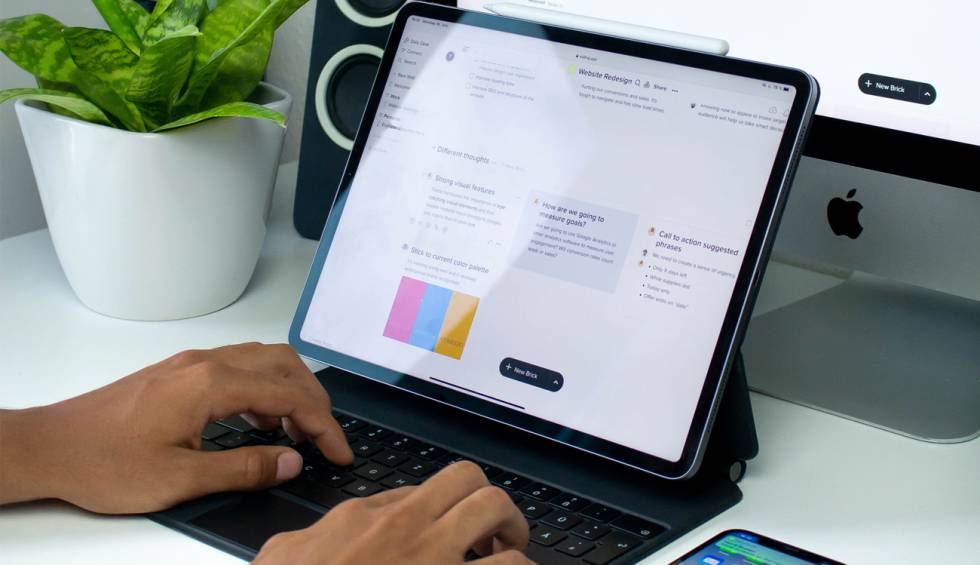 One of the devices that was not renewed in the event of Manzana that was held earlier this month was the range of Apple tablets. The reason is that it seems that the company wants to give this product range the weight it deserves and, therefore, it will announce the corresponding novelties in an exclusive one that seems to be held in the month of October. And among the chosen models will be the iPadPro.

At the moment the data that corroborates this possibility came from the usual experts in everything that has to do with the Cupertino company, but now new ones have appeared that are somewhat more specific and that have one of the manufacturers of iPad accessories: Logitech. Therefore, it seems that the possible launch is taking much more shape.

What has been known about the iPad Pro

Well, much more specific data regarding what the firm led by Tim Cook plans in October. In the Web from Logitech, a page has been created for a new stylus that would compete with Apple’s own. So far, nothing new because this is quite common in the company that has its largest market in mice and keyboards. But there is anything else which is very interesting for the iPad Pro.

Specifically, the source of the information indicates that the accessory we are talking about will offer very wide compatibility. So much so that it includes the 12.9-inch iPad Pro of the sixth generation and one of eleven that belongs to the fourth. And what can be strange about this? Well, something as simple as the fact that these models do not currently exist and are the ones expected in October to arrive within the range of professional tablets from the firm with the bitten apple. Things, therefore, are becoming clearer.

Is anything else coming from Apple in October?

Well, everything seems to indicate that, in addition to the two models that we have mentioned, it could be launched one 15 inch (this one has been rumored for a long time that the company is preparing it) and, possibly, a renewal of the cheapest iPad in order to stop the great progress that is existing in the models that use Google’s Android operating system. Therefore, it seems clear that we do not want to wait for things to get worse in the entry market.

Besides, there are many rumors that indicate that they will also arrive new laptops of the MacBook range, which were not present at the presentation of the iPhone 14. Specifically, there will be two models with M2 processor and macOS Ventura. The size of their screens would be 14 and 16 inches, and would also include improvements in options such as storage and possibly connectivity.