There is no doubt about the long road traveled by Google in chrome OS, the Chromebook operating system, over the years, with the aim of adding essential functions without losing sight of the simplicity with which it was born, although today it still falls far short of the features offered by other desktop operating systems.

In this sense, a new development path has just been detected in Chromium Gerrit by which users will be able, in the future, to optionally choose to divide the view of the windows into thirds.

Even so, users will continue to have a maximum of two application windows open simultaneously, unless Google intends to change it in the future. to seek greater comparison to other desktop operating systems, such as Windows 11.

The difference is that, In addition to being able to divide the screen into two windows of equal size, for those who want to prioritize the content of one window over the other for different productivity options, in the future they will have the option of having the two application windows open in thirds, where one application window will occupy two-thirds of the screen, while another window will occupy the remaining third of the screen. 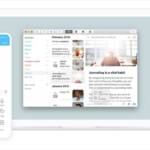 This possibility will be called Partial-split and is hidden under a flag that describes it as follows: “Enables the option to fit two windows to 2/3 and 1/3 for a split view.”

At the moment, it is an option that It is not yet functional, hoping that sooner or later it can be used at the same time it reaches the Canary channel so that, later, and if nothing stands in the way, it reaches all users through a future stable version.

In this way, Chrome OS becomes somewhat more functional, although as we said, it is still far from the possibilities compared to those that are usually offered from other desktop operating systems.