In addition to the dozens of utilities that we have been publishing in the GPT chat category, here, at WWWhatsnew, our new favorite tool is capable of inventing games, and it seems there is no limit, we can say “I don’t like it, another one”, until he “invents” the desired game.

It’s as easy as asking something like “can you come up with a game for 2 people that requires paper, pencil and a dice?”, the result may take a while to appear, but it can be quite sophisticated. 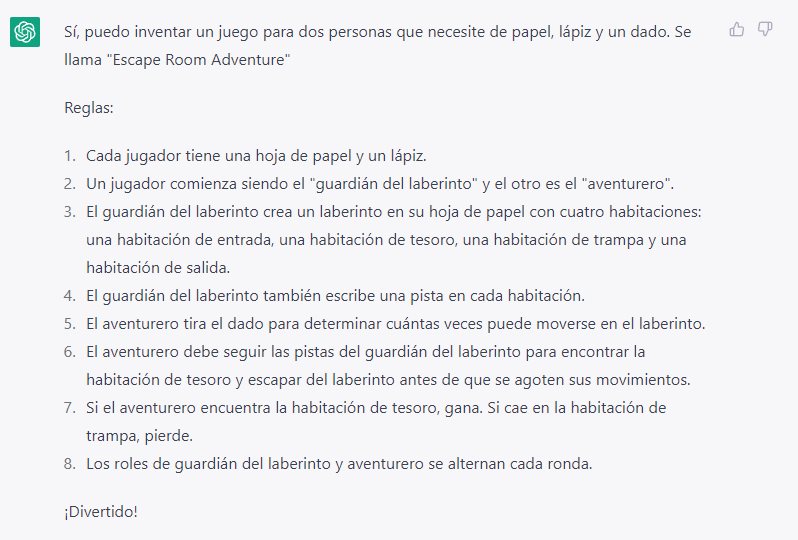 In the example that you see in the image above, the rules are somewhat diffuse, so there is nothing like asking him to do an example game: 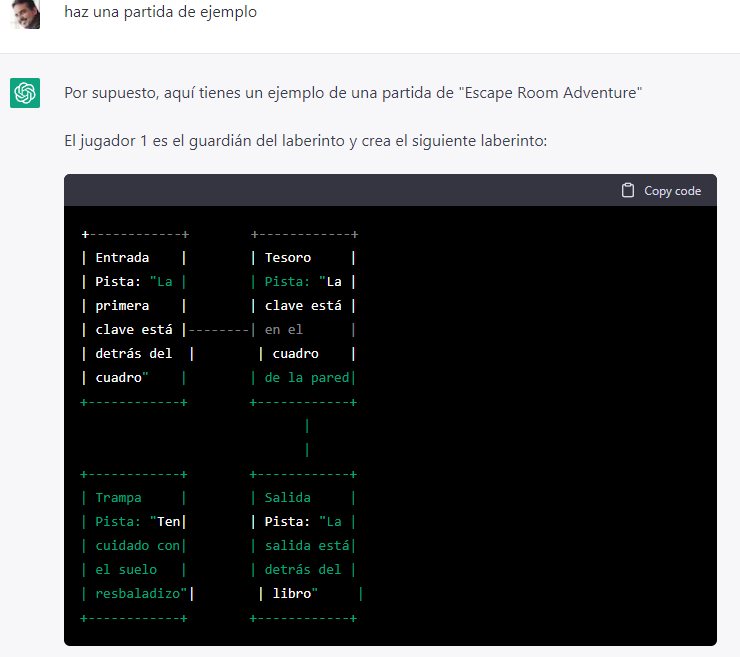 As you can see, first assemble the board, the maze in the example, with the clues in each room. 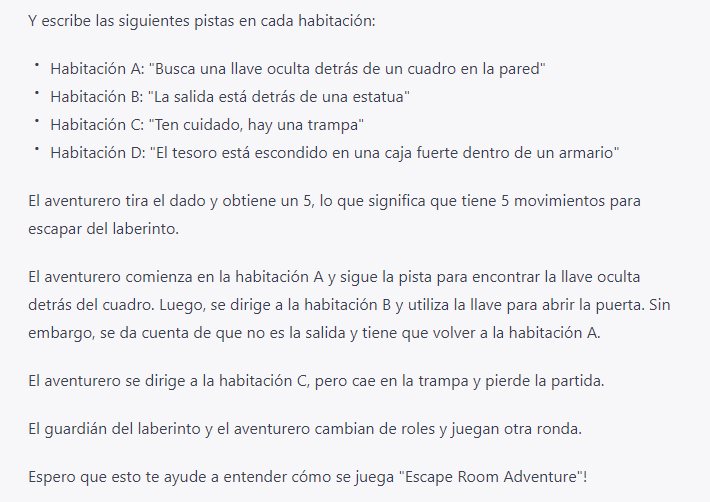 It is true that it is not the best game in the world, and that it has many gaps and many questions, but we can ask ChatGPT those questions, or we can simply develop them with our own imagination.

Imagine the possibilities, having help to create board games, or asking him to invent a game with what we have at hand…

From an educational point of view, it also has a lot of potential, since we can ask our students to invent games with the help of ChatGPT and to build it, adding resources and ideas to those originally proposed.

Those who complain about “that kind of thing should be done by humans” are partly right, but not everyone has the creativity of a DaVinci, so having a resource at hand that helps us in moments of little inspiration, it is always a joy.