Experiments are being launched once again outside of Geneva at the European Organisation for Nuclear Research (CERN).

After three years of upgrades and maintenance, research will continue again in the particle accelerator, the Large Hadron Collider (LHC), but this time at a new higher intensity.

Claudio Bortolin, who has worked at CERN for 12 years and who educates students in Italian schools through his communication platform PassioneScienza, spoke to Euronews about the Large Hadron Collider.

This interview has been edited for length.

What exactly is going to happen from today on inside the LHC?

Run3 of LHC begins, this means that from tonight the data collection in the experiments resumes and the CERN physics program can restart. 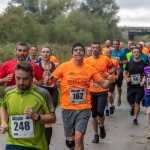 Runners at FASTLANE strive to set their new personal best

We will go through the various phases of the LHC: from the injection of three protons bunches (per beam) up to the declaration of stable beams passing through other intermediate operations that lead to the optimisation of the beams to have stable collisions for the following hours.

What is the purpose of this kind of research, why is it so important for science?

The Universe is still full of open questions, these are incredibly prosperous years of discoveries and advances in the field of cosmological research (i.e.: gravitational waves).

Particle physics is describing the infinitely small and what happens inside the fundamental building blocks that make up atoms such as elementary particles: electrons, photons, quarks, bosons and the forces with which they interact. It is there that the history of the Universe is written and would like to discover.

What do CERN scientists hope to understand in this new era of particle collisions?

On July 4th, we celebrated the ten years since the announcement of the discovery of the Higgs Boson.

In recent years, we have measured some of its characteristics but the path to describe its properties in detail is still long and we need to produce it many times over the next few years to look for the rarest ones to intercept.

On the other hand, it played a key role in the first moments after the Big Bang, this Boson has a long story to tell us. Then there is what is called physics beyond the Standard Model and observing new and unforeseen particles in the model is one of the goals of ATLAS and CMS. ALICE must continue to understand the behaviour of the quark-gluon plasma, this extreme state of matter where quarks and gluons were not confined to other particles.

LHCb continues a research program on matter-antimatter asymmetry which also recently has also led to the demonstration of the existence of exotic particles such as tetras and pentaquarks.

What’s the link between particle physics and the big mysteries of our universe?

CERN is making a fundamental contribution to the understanding of the laws that governed the functioning of the Universe in the first moments of life.

Why there is only matter in the Universe and antimatter has disappeared is an unanswered question, yet our very existence is a direct consequence of this unknown phenomenon.

CERN together with research in astronomy and astrophysics is making a fundamental contribution to the knowledge of the past Universe and who knows its future evolution. 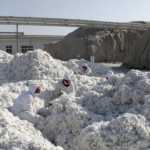 For fashion majors, ignorance is no longer a blessing