The first season of Century Age of Ashes has finally arrived and has given us frantic battles at high altitude: here is our review.

Raise your hand who has never dreamed of riding dragons, mythological creatures of overwhelming beauty that have accompanied us since childhood among books, films, video games and more. With Century: Age of Ashes (here our tried of the Century: Age of Ashes beta), the new free to play developed by Playwing, we will finally have the opportunity to get on the back of these majestic winged beings. The title of the independent software house based in Madrid arrives on Xbox and PC with its first full season – the PlayStation version has been postponed – and after spending several hours chasing the opposing dragons, as well as avoiding their attacks, we are ready to tell you about the sensations we experienced while gliding through the evocative fantasy lands that form the backdrop to the new work of the Spanish studio.

One Dragon to rule them all

If you have not had the opportunity to play Century: Age of Ashes in early access on Steam, know that it is a battle royale up to twelve players, six against six, immediate and with extremely basic mechanics. A fight at the last fireball in an attempt to dominate the skies riding our dragon and thus complete the objectives proposed by the three main game modes: Carnage, Steal the Flag and Spoils of War, also known as the Spoils of War. 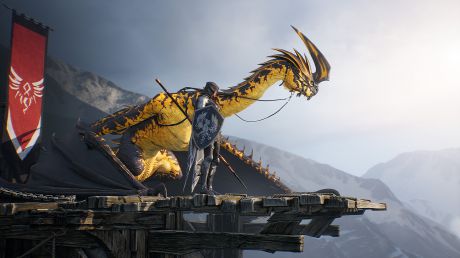 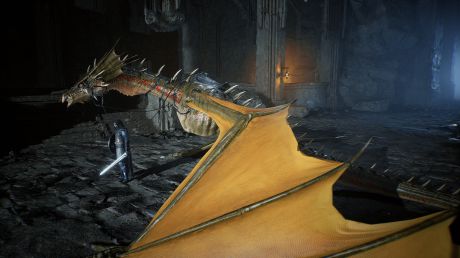 These are then joined by the classic Death Match. Carnage is the example of pure PvP, where you have to eliminate opponents to get their bounties and try to score more points than the other team. A frenetic and satisfying high-altitude battle, capable of giving each kill a delirium of omnipotence worthy of the Targaryen family. Ruba Bandiera calls us to fly along a predetermined path as fast as possible, through illuminated portals. The support and protection of our comrades are therefore essential to prevent the flag from falling into enemy hands become the pursuers. The last mode, Spoils of War, turned out to be a pleasant surprise, because it overshadows the frenzy of the clashes – it will still be possible to take down the components of the competing legion – to leave more room for maneuver for the players, without the anxiety of to be able to perish at any moment: our task is to kill dragons carrying bags full of coins on their backs, collect them and deposit them at our base. Whoever has accumulated the most money by the end of time wins. They will not fail then pleasant inconveniencessuch as the ability to seal or blow up shelters. The variables encountered in War Chest are numerous and always manage to make this gold rush unpredictable. In general, the latter mode is the one that has given us the most surprises and satisfactions due to the unexpected that can occur during the race. Carnage and Ruba Bandiera on the contrary, appear to be devoid of particular creative or variable flashes and in the long run they could become monotonous. All activities reach the highest level of competition in Ranked Challenges, which we will unlock after completing fifteen Unranked Matches. Here the players they are really tough and it will not be easy to take home skin and game.

Once the initial tutorial is complete, Age of Ashes asks us to choose a Raider (the one who rules the dragon) among the four available classes, each with unique passive, active and power-ups abilities. The Marauder is the most offensive character of the lot, also able to activate a lock on the enemy to riddle him with fireballs, while the Windguard is the healer of the group, who can heal himself and his companions. 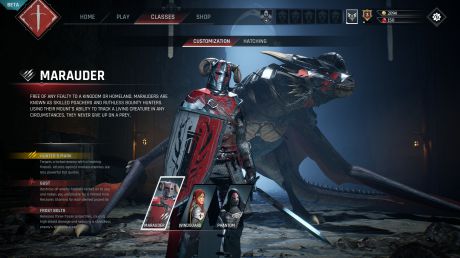 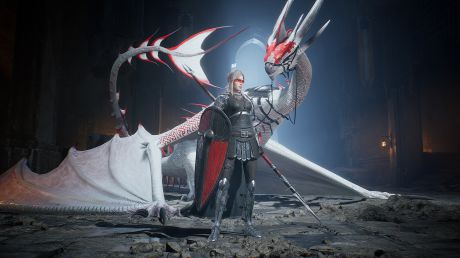 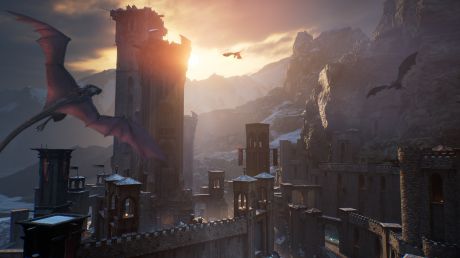 Let’s move on to the Phantom, which allows an almost stealth approach, because it is capable of becoming invisible to reappear at the most opportune moments and create havoc among the antagonistic draconic forces. The last class is the Stormraiser, the big news of Season 1 (it was not selectable in early access): a Viking who uses his ax, very similar to Kratos’ Leviathan, to launch lightning bolts capable of inflicting considerable damage. Building a balanced formation that can count on the peculiarities of each individual Raider, will make the difference between victory and defeat. The other key to success – along with choosing the right character – is there ability to juggle caves and tunnels of the maps: it will take time to better absorb a satisfying “driving model”, which allows us, for example, to fly at the speed of light or plunge into the dragons positioned below us, but also cumbersome, especially in crucial moments when we try to escape the fireballs thrown by the horned creatures.

When an opponent manages to hook us in fact his broadsides will turn into homing missiles and the only way to avoid them will be to turn suddenly, hide behind a mountain or find an escape route among the rocks. The problem is that, due to the aforementioned cumbersome movements of the beast, crashing in an attempt to suddenly change direction will be pretty easy. Returning to the question of hunting shots, this choice comes from the desire to create a combat system that is easily manageable by players in flight but in this way the aiming ability has ceased to play an important role within the gameplay. All in all, the level design of the maps is well built and manages to offer more strategic approaches to users, with an eye always on stamina, to be carefully dosed to avoid running dry during accelerations. However, getting into some paths with a rather narrow entrance is difficult if you are not supported by perfectly responsive controls, especially in the chaos of aerial combat.

Century: Age of Ashes delivers a dragon and raider customization mode not to underestimate. We are talking about many aesthetic elements of different rarity – which can be purchased via in-game currency or credit card – which, however, do not confer any advantage in terms of gameplay: in short, the experience has not been affected by possible Pay to Win mechanisms. The most interesting gimmick is the possibility of hatch the eggs of the aforementioned creatures, to be hatched through four phases that correspond to as many optional tasks with increasing difficulty to be completed in games, such as accumulating experience points or dodge fireballs. In any case, it is an activity dedicated to collectors who want to build a rich dragon park and which does not have, as for the decorations mentioned above, some kind of impact on the gameplay.

Then there is no shortage daily and weekly quests which further enrich the experience, stimulating fans to complete as many encounters as possible. From a graphic point of view, the title defends itself very well thanks to the excellent work done on the (few) settings, which on the aesthetic front draw heavily from the Lord of the Rings and the Throne of Swords, and on the models of dragons and Raiders. The latter can show off some armor with attention to every detail, proof of the good work of Playwing. It certainly does not scream miracle but considering the fact that it is a Free to Play, the overall yield is pleasant.

Finally, on the performance front, Century: Age of Ashes proved to be solid from every point of view: 60 fps stable on Xbox Series X without sagging. Too bad for some game crashes that brought us back to the console home with consequent restart of the application and loss of progress. 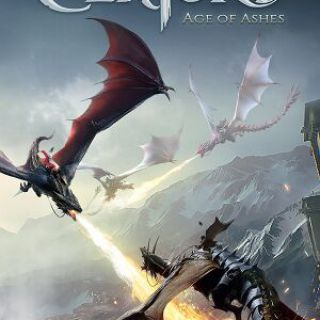 Century Age of AshesMulti Analyzed VersionSeason 1 of Century: Age of Ashes really surprised us because of the excellent gameplay and a playful formula that tries, successfully, to break out of the classic canons of free to play. There is still some work to be done regarding the variety of maps and a control of the dragons that is not always optimal, also due to the complexity of the level design. Nevertheless, the charm of winged beasts and the ability to breathe fire at anything that moves on the screen, allowed us to spend a few hours lightly and without running into frustration.

The red alert launched by ChatGPT, from Open AI, is already sounding by most...
Microsoft

A fanatical is running a game promotion on Steam. Called "Build Your Own...