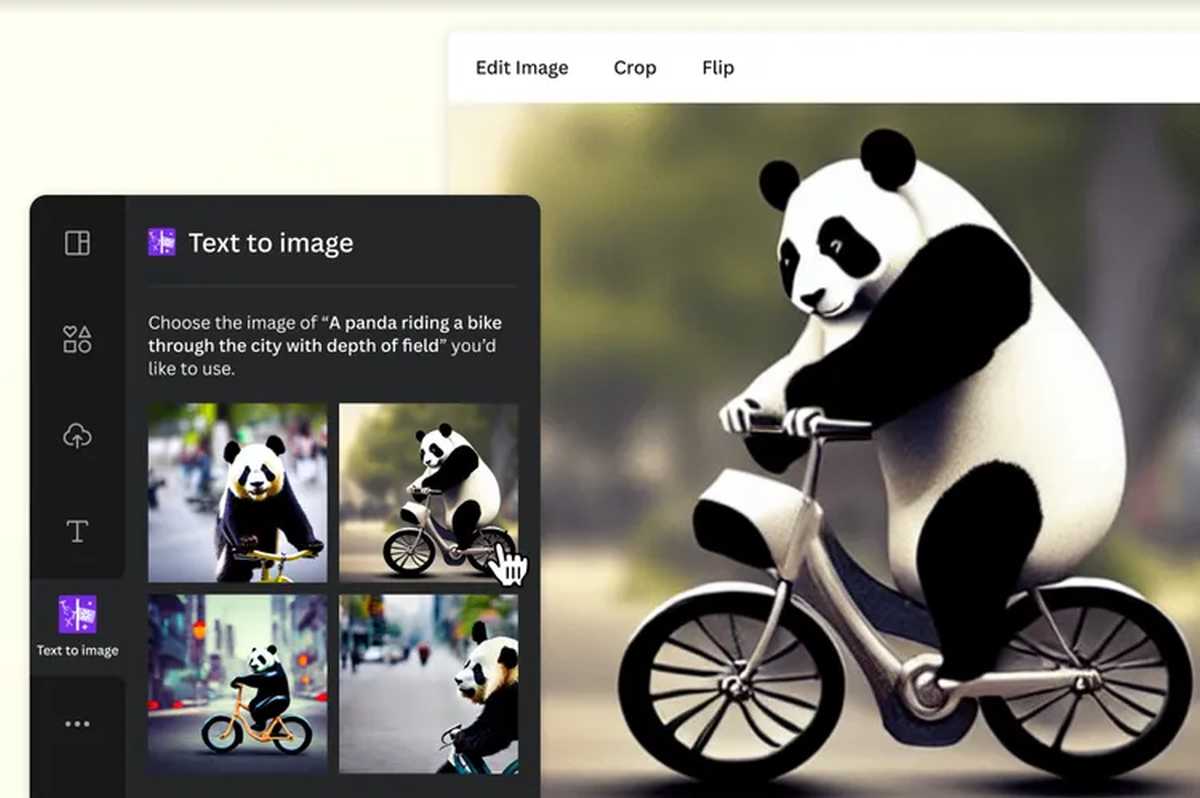 Canva, as a creativity platform, hasn’t been able to resist the rise of text-to-image AI models, which allow descriptions of what you want to automatically generate visually.

In this sense, after a few weeks of testing, it has just made available to all users a feature that allows users to describe the concept of what they want to get an image.

A trend that no one wants to be left behind

In your case, it is a custom implementation of the open source Stable Diffusion model, although it incorporates additional security filters and an interface that makes it more user-friendly.

The additional security filters respond to the need to protect, among others, minors when working on their school projects, who are also part of the creativity platform users.

In any case, heUsers will be able to describe the concept, with example descriptions for inspiration, choose an art style, and get a grid of four images, which they can drag and drop into their respective projects they are working on.

If for any reason, it generates unpleasant images, be it nudity, violence, gore or any other possible type, users will have a mechanism to report it. Platform users, whether they are free or paid accounts, will be able to create up to a total of 100 images per day.

It is not surprising that these types of AI tools are expanding given the creative possibilities that they generate, despite the fact that their intellectual property is also questioned, and the fact that images have been used for model training. whose owners have not been asked for permission, generating a scenario hitherto unknown.

Canva has been testing this feature since last September, arriving now for the more than 100 million users that it has, who will be able to use the creations in their t-shirt projects, projects, posters, or any other creative project they have in hand.

This feature will complement the rest of the functions that the platform has already been offering, both to users of free accounts and users of paid accounts. It is already a matter of expanding to all users and platforms.

The Public Administration has become one of the main advertisers in Spain above giants...