Buffett finds a textbook investment in an unlikely place 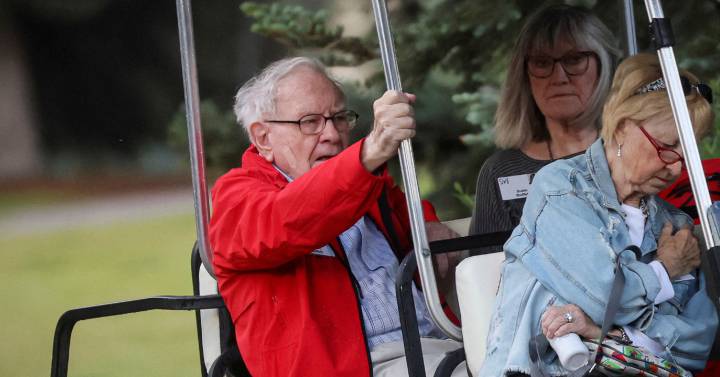 His foray into TSMC fits little with his suspicion of what he does not understand, but it is still the purchase of an undervalued stock in the fall

Warren Buffett has found a textbook investment in an unlikely place. His Berkshire Hathaway now owns 1.2% of Taiwan Semiconductor Manufacturing, or TSMC. Shares of the semiconductor giant have taken a hit this year, partly on fears that China will invade Taiwan, its headquarters. But the company has a near-monopoly on cutting-edge technology. These characteristics have long attracted the Oracle of Omaha.

The US conglomerate acquired 60.1 million US depositary shares of TSMC, worth more than $4 billion, during the three months to the end of September, filings with the regulator show. At first glance, the investment fits oddly with the rest of Berkshire Hathaway, whose portfolio now includes stakes in TSMC client Apple, oil and gas giants Chevron and Occidental Petroleum, and Jefferies Financial Group. It’s a rare foray into semiconductors for Buffett, who once admitted he didn’t understand tech companies well enough. His $11 billion bet on IBM was largely a flop.

The timing is also striking. Beijing has long claimed sovereignty over Taiwan and has not ruled out the use of force. Fears of military conflict or even a Chinese invasion of Taiwan have risen this year following US House Speaker Nancy Pelosi’s high-level visit to the island in August and the government’s obtaining President Xi Jinping from an unprecedented third term last month. This and an oversupply of chips amid slowing demand have sent TSMC shares in Taiwan falling by more than a fifth since early 2022. They are currently trading at less than 12 times forecast earnings for the next 12 months, according to Refinitiv, well below its five-year average of 19 times.

So Buffett may be doing what he does best: buying an undervalued stock on the dip. Bernstein analysts expect the semiconductor market to rebound in 2024, estimating TSMC’s profit growth will pick up to 23% that year, from 4% in 2023. In addition, the chipmaker’s dominance, which includes an estimated 90% share in manufacturing the most advanced semiconductors, gives you the defensible advantages that can help protect profits: the moats that Buffett values ​​so much. Even today, TSMC boasts a gross profit margin of almost 60%, one of the highest in the industry. The Oracle of Omaha should feel right at home in Taiwan.