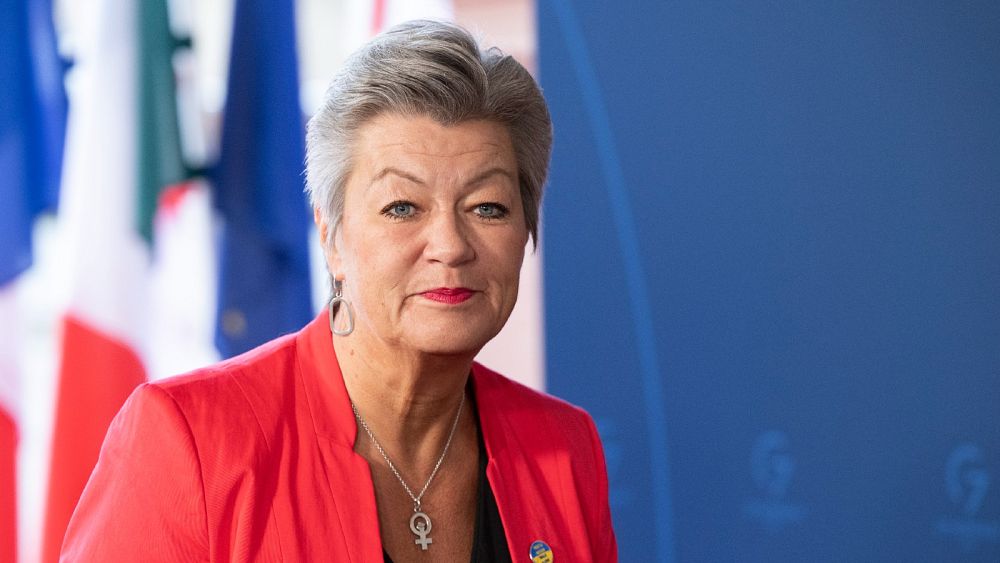 The European Commission on Monday unveiled a so-called action plan to deal with a “not sustainable” increase of irregular arrivals via the Central Mediterranean route.

The action plan includes 20 different measures organised across three pillars. These aim to strengthen cooperation with partner countries and international organisations including the United Nations, enhance cooperation regarding search and rescue operations in the Mediterranean and reinforce the implementation of the bloc’s Voluntary Solidarity Mechanism.

It comes ahead of an emergency council meeting on migration on Friday, following a row between Italy and France over the disembarking of the Ocean Viking vessel.

“The latest events confirm that this situation is not sustainable,” Home Affairs Commissioner Ylva Johansson told reporters in Brussels. “This route continues to be one with the highest number of irregular arrivals, but also one of the most dangerous routes.

Some 90,000 people arrived via the Central Mediterranean route this year, a 50% increase from last year.

“We must consider that the significant majority of people who arrive on this Central Mediterranean route today are not in need of international protection,” Johansson stressed, flagging that migrants arriving through Libya are predominantly from Egypt, Tunisia and Bangladesh.

The bloc thus intends to work out deals with third countries to prevent departures, accelerate returns and facilitate legal pathways for labour reasons.

Meanwhile, she called on EU countries to make better use of the Voluntary Relocation System whose aim is to enable the transfer of asylum seekers from southern countries — which bear the brunt of arrivals — to other states across the bloc.

Despite more than 8,000 pledges for relocation made by participating member states, only 117 asylum seekers have so far been transferred across the bloc.

The Action Plan also calls for cooperation between member states and all actors involved in search and rescue activities in the area to be strengthened. Frontex, the bloc’s border agency, is to carry out an assessment of the situation in the Central Mediterranean.

“The legal obligation to rescue and to ensure the safety of life at sea is clear and unequivocal. This is irrespective, irrespective of the circumstances, that lead people to be in a situation of distress,” Johansson said.

“The situation today with the private vessels operating at sea is a scenario which still lacks sufficient clarity. This current challenge was not thought of when maritime law was first agreed. There is a need for more cooperation between Member States, flag states and coastal states and other relevant actors,” she added.

The Commissioner was however clear that the Action Plan is no replacement for the New Pact on Migration and Asylum it put forward in September 2020 and which plans for more solidarity between member states either through relocation or financial support.

“A common European solution is on the table. Adopting it remains our key priority,” Johansson said.

“We can do a lot of action plans and we will continue to do that and is important. But without adoption of the whole pact, we would be much weaker than we would be with a whole comprehensive European framework for migration and asylum.”