BlenderBot 3, the most advanced Meta chatbot to date, is now available online

chatbots are present in various situations in our lives. When we communicate with certain customer services through messaging applications, such as WhatsApp and Messenger, or when we interact with voice assistants. However, it is not very difficult to realize that we are interacting with a machine.

Currently, those who develop these types of solutions are working to improve them. Basically, that we can talk to chatbots in natural language, as if it were a conversation with another human. Meta is one of the companies pointing in that direction and this Friday it presented the third generation of BlenderBot.

We are not yet before a final version of BlenderBot, but we are before a prototype that can be tested from the browser. The goal behind this decision is to collect user experience to improve this and future versions. It is the world’s first publicly available chatbot with 175 billion parameters. 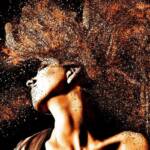 RoboWig: the robot that detangles your hair

The original version of BlenderBot appeared two years ago. Back then he had the ability to combine “empathy and knowledge” in conversations. A year later version 2 arrived, with a long-term memory capacity based on artificial intelligence to maintain more sophisticated conversations on any topic.

Now, BlenderBot 3 releases the OPT-175B language model, which promises to be 58 times more powerful than the one used in the previous version. To all the qualities mentioned, the chatbot can now also search for information on the Internet so that its answers are more precise and relevant, while offering a more natural user experience.

You can now test in the United States

At this stage of testing, the chatbot only works with the English language and in the United States. Meta’s artificial intelligence lab explains that it has been designed to learn from user interactions. To do this, she uses two machine learning techniques known as SeeKeR and Director, which will be a shield against the toxicity of the network.

Let’s remember the fate of Tay, the Microsoft chatbot that, although it began to work with many lights, as it learned from user interactions, it became a racist machine. That is why chatbots are generally trained in controlled environments, because exposing them to the Internet is equivalent to high risk.

Meta says that everything seems to indicate that BlenderBot 3 is working as expected. As it is fed with information their answers are more appropriate and precise. However, he warns that this prototype could still make inappropriate comments or provide false or contradictory information.