TechSmartAerezona Developers
HomeTech News5G NewsBlackview Super Brand Day on AliExpress kicks off with up to $300...

Today, Blackview, the leading rugged phone manufacturer, announced that the Blackview Super Brand Day promotion campaign will start from September 14 to 15 on AliExpress with massive discounts of up to $300. On the days of the event, three new smartphones, Blackview BV7100 with a 13000 mAh battery, Blackview BV5200 powered by leading ArcSoft® camera algorithms, and the OSCAL C80, supporting a 90 Hz refresh rate, a camera 50 MP and a 5180 mAh battery.

If you find that your smartphone searches for its charger or power bank very often when working, traveling or going on an adventure, then Blackview BV7100 provides the ultimate solution. It has a massive 13,000 mAh battery that offers 15 hours of gaming, 15 hours of video viewing, 23 hours of web browsing, 50 hours of calls, 70 hours of music, and 1152 hours of standby time. Electric dual core technology is much safer, more stable and lasts longer than traditional single core batteries. Support 33W fast charging to quickly charge your phone in about 200 minutes. The reverse charging function is also very useful. Connect your TWS earphones to the phone when out of power to borrow some juices. 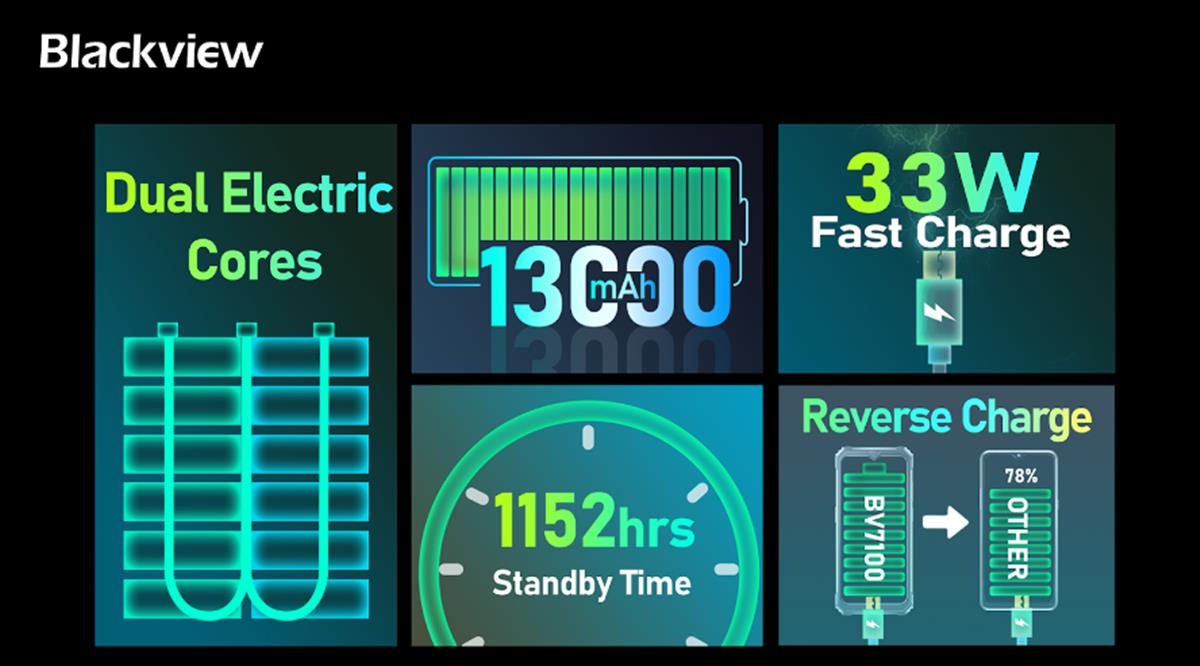 Big battery aside, Blackview BV7100 doesn’t compromise on other features. For example, designed to survive in harsh and extreme environments, it’s perfect for outdoor adventurers and heavy workers. With the expandable RAM, it offers up to 10 GB of LPPDR4X RAM. Leveraging MediaTek powered 4G processor with 128GB ROM, the BV7100 is a performance monster that boosts heavy load multitasking gaming effortlessly. The updated Doke OS 3.0 runs Android 12 and received positive feedback for its design aesthetics, friendly interactivity, and efficiency. With a 12MP rear sensor, it excels at capturing short moments with stunning vividness and clarity. 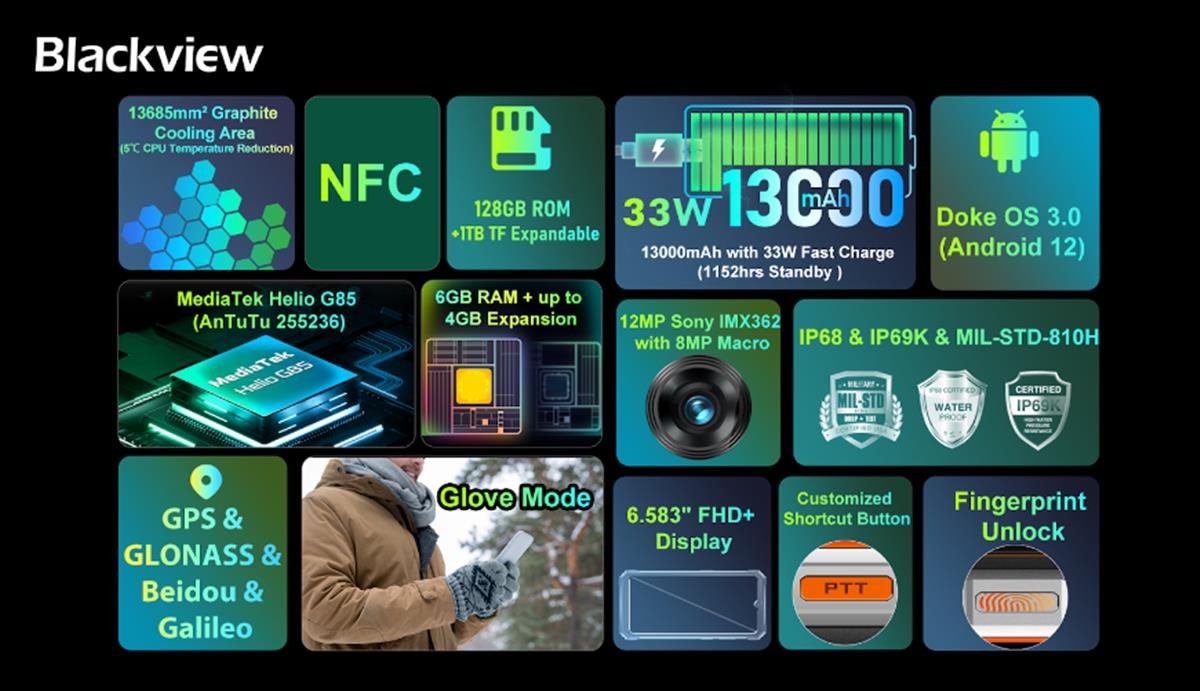 The second newcomer, Blackview BV5200, is the first Blackview rugged phone to adopt ArcSoft® algorithms. Before the BV5200, only the mid-to-high-end rugged Blackview lineup housed expensive advanced camera algorithms to improve photography intelligence. However, to bring more value to budget products, for the first time, Blackview is partnering with ArcSoft®, an industry-leading software and algorithm solutions provider that has served more than 20 of the world’s top mobile giants. world, such as Huawei, Samsung, and Xiaomi. Newly introduced HDR mode, panorama mode, beauty mode and portrait mode allow for a more professional shooting experience. Added with Night Mode and Underwater Mode, users can capture any moment day or night, above or in the water. 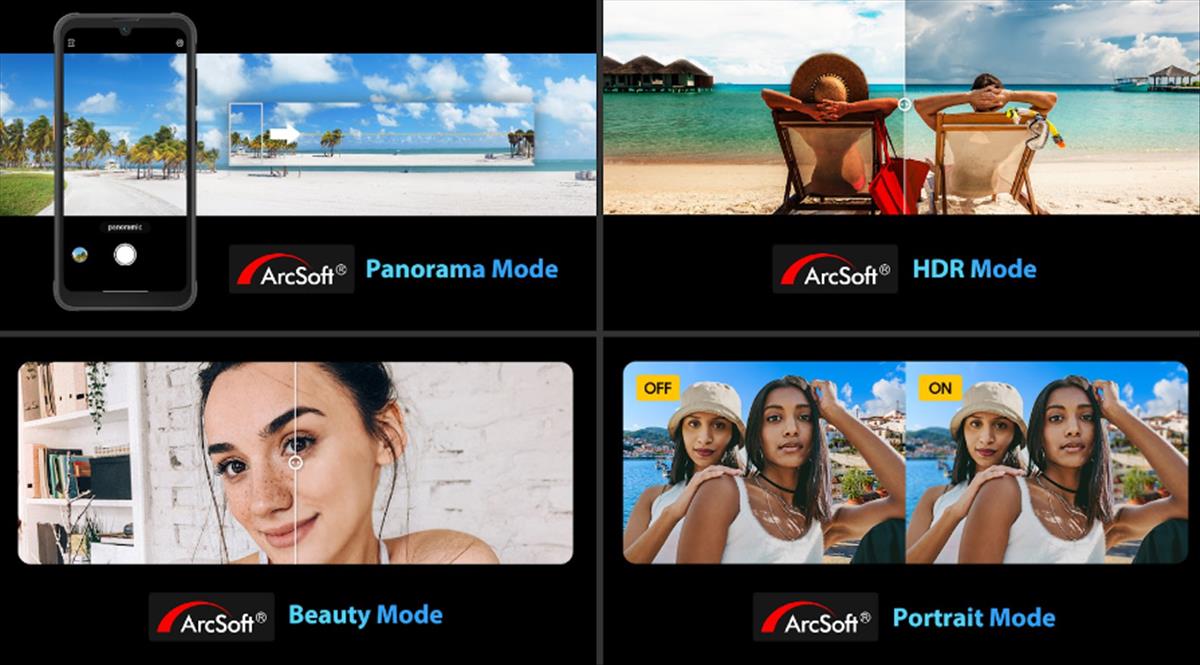 As for other specifications, Blackview BV5200 is an upgraded version of Blackview BV4900. It is a slimmer and lighter device, different from other heavy and bulky designs, it features a 6.1-inch HD+ display, runs on Doke OS 3.0 based on Android 12 and draws core power from a 5180mAh battery, MediaTek CPU Helio A22 quad-core, and up to 7 GB of RAM. 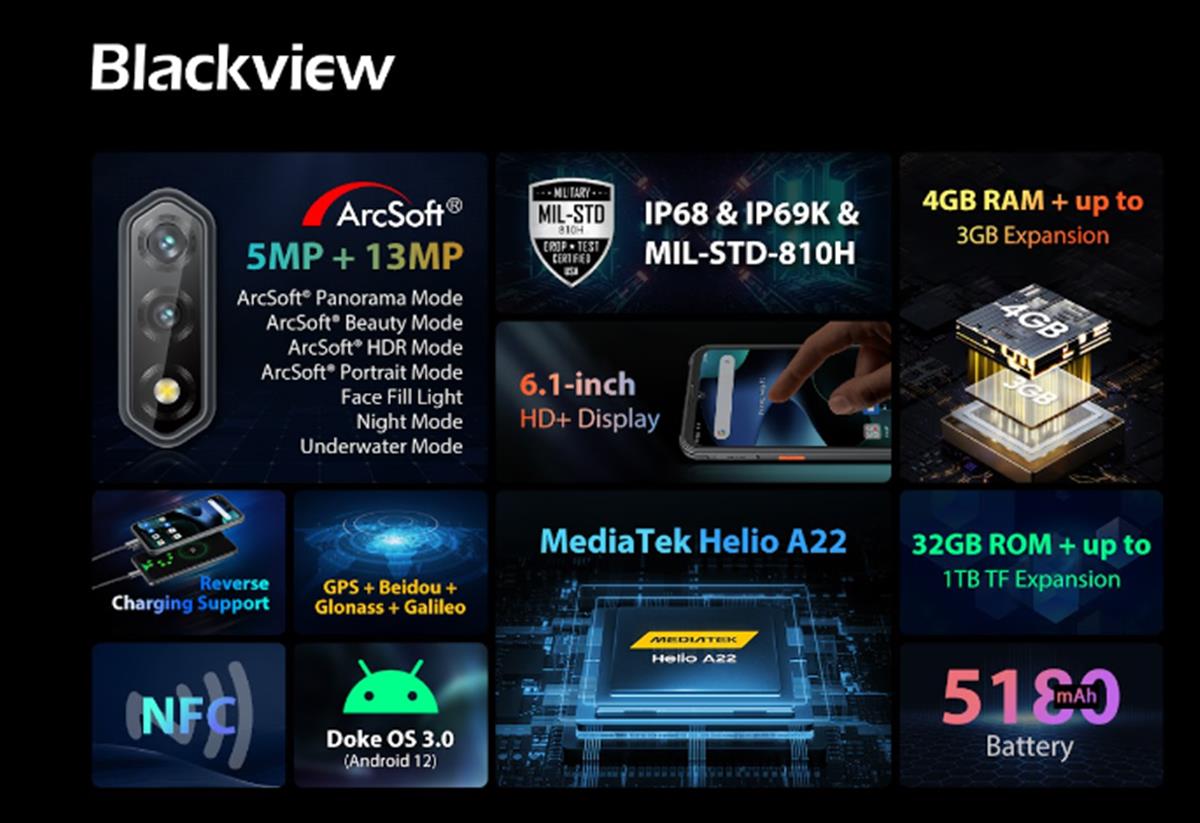 OSCAL C80, produced by Blackview’s sister brand, is the first OSCAL standard smartphone to feature a 90Hz refresh rate display and the Samsung® 50MP camera with higher pixels. The former makes moving screen content look and feel smoother and snappier, while the latter produces superior image quality. Doke OS 3.0, based on Android 12, with a newly added wallpaper store, takes personalized design, comfort, and smoothness to a new level. It also has a 5180 mAh battery, a capacity higher than any other pair within the same price range. Boasting seamless design, with an ultra-slim 8.55mm and ultra-light 188g body and three captivating colors including Early Sunny Snow, Midnight Black and Navy Blue, OSCAL C80 is ideal for youth and those seeking cool and style. . 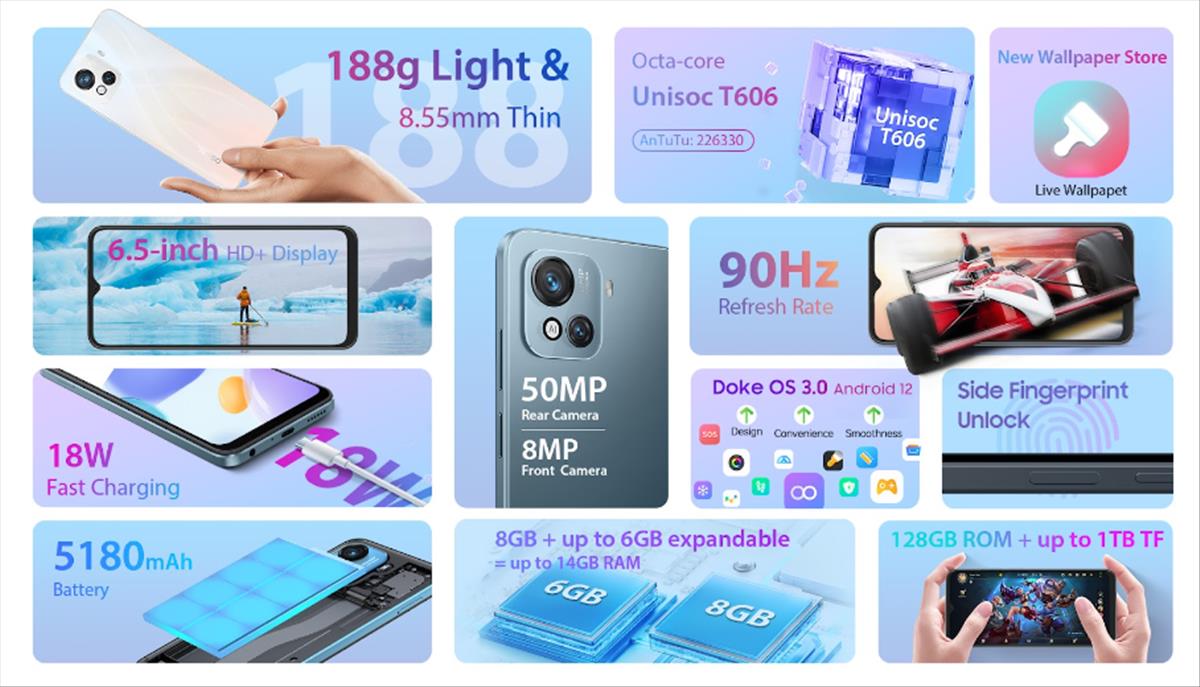