BlackBerry prepares a test program for its return

blackberry has been preparing its return for some time. And it is the most normal thing in the world, if we take into account that other historical brands, such as Nokia and Motorola, after having completely disappeared and been written off, have returned to the market and, although they face enormous competition, they are knowing play your cards to maintain a worthy position in the market. NOr only the big rock bands are entitled to their revivalsIf The Who can return to the stage, BlackBerry can also return to the shelves of telephone stores, and I am very happy about both.

In any case, as I mentioned, the news of the return of BlackBerry is not new, in fact it already had a first return to the market at the end of 2016, curiously from the hand of TCL Communication Technology Holdings Ltd., also responsible for the return of Alcatel. However, this operation did not go well, so BlackBerry “died” for the second time at the beginning of last year, in what did seem its final farewell.

It was not like that, just a few months later, in August of last year, we learned that Onward Mobility and FIH Mobile Limited (a Foxconn subsidiary) had reached an agreement with BlackBerry to design and market smartphones with the historic and prestigious brand. A risky bet, but if it manages to recapitalize the prestige that the brand had at the time, it could score the necessary success to earn a place in such a competitive market.

The announcement, as I said, took place in August of last year, and at the beginning of this year we had news again, although they remained in a declaration of intentions to return soon, initially targeting the European and North American markets, and according to rumors the return would occur with at least two smartphones. Now, this information did not come directly from the new BlackBerry headlines, but from market analysts. On the part of the company, radio silence.

Now, finally, there has been a movement on the part of BlackBerry, although I already tell you that it is not, even remotely, what many of us would have imagined. And we are not talking about dates or specifications, no. What the company has done is open a pre-registration for those users who, a priori, are interested. A somewhat surprising measure, because the only thing we know at the moment is that they will have a physical keyboard, that security and privacy will prevail, and that they will have 5G connectivity. 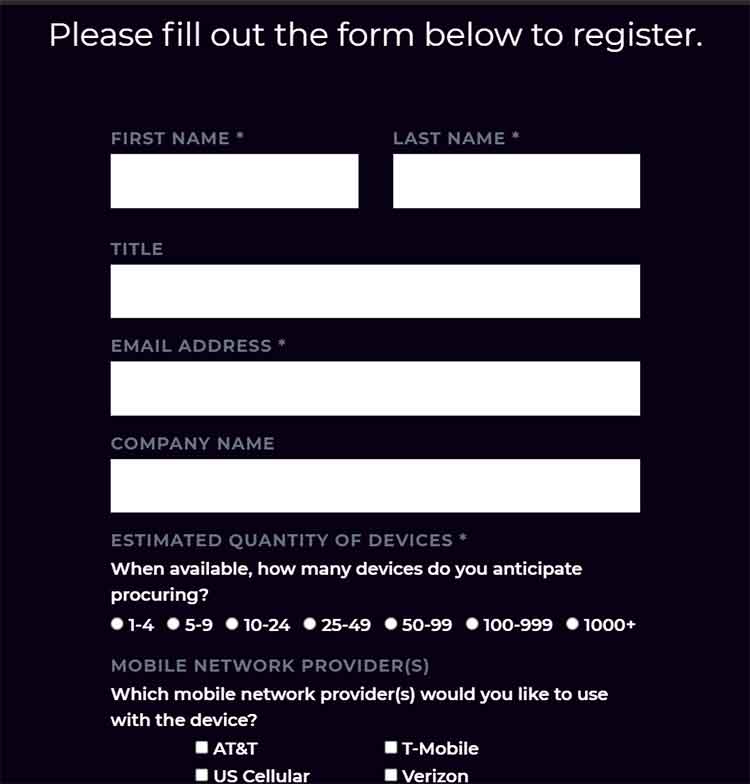 In the form, as you can see, you will have to indicate your personal and professional data, the number of units that you would be interested in acquiring and with which operator you intend to use it. In exchange for this pre-registration, which is not a purchase commitment, BlackBerry will inform you about their plans and, in addition, you will be able to send your feedback, which they say will be taken into account in the final design of their terminals.

It seems that Onward Mobility and FIH Mobile Limited they want to measure very well the steps they take in this return of BlackBerry, and a first sample of the interest generated by their return could be a good thermometer. However, if we are realistic, it is difficult to think that many users, and especially companies, which seems to be the market to which they most aspire, are going to get involved in a project about which, at the moment, we know so little.