Bayonetta 3 Review: the apotheosis of action according to Platinum Games The Witch of Umbra is back on the scene again, in the company of a new protagonist, to teach how to make action games.

The last act of Bayonetta 3 is an escalation that, in the eyes of the writer, falls between the best in recent video game history. About an hour of whirlwind merry-go-round of quotationist madness, a hodgepodge of pop culture and fanservice, the purest expression of what an action game worthy of this definition should represent. Exaggerated, bizarre in the best sense of the word, even elegantly kitsch in its extreme without brakes and in the continuous wink, in a very intelligent way, at its target audience (the review of Bayonetta 1 and 2 on Switch is a step away from you).

However, the final chapter of Bayonetta 3 is also the theater of some technical limitations that Nintendo Switch poses to the staging: in the final hypnotic tour de force the image sometimes gets mixed up, the legibility of the sequences trudges, and the over-the-top beauty of art design is partially compromised by a limp technical frame. And it is a great pity. Here, the double side of the Platinum Games coin finds in this example the clearest manifestation of its dichotomy: Bayonetta 3 is overwhelming, with gameplay refined down to the smallest detail, yet it is at the same time held back by an uncertain graphic rendering. Despite everything, we believe it is impossible not to reward with excellence a playful and sound experience with thunderous applause.

It is useless to expect who knows what emotional substratum, psychological excavation or touching existentialism from the Bayonetta plot (at this link you can find our special Bayonetta summary). Although the lore and mythology of the saga still possess a respectable elaboration, what matters is to stage crazy situations, a “spectacular show” that makes histrionics its raison d’être. And that’s fine! Bayonetta 3 certainly does not want to be overshadowed by its predecessors, and presses on the accelerator pedal of the absurd, traveling at full speed along a plot of which it is better that you know as little as possible (if you can, also stay away from the trailers). Twists that are anything but unpredictable – indeed, too much (perhaps even deliberately) telephoned – punctuate a sequence of events where irony and lightness are the masters. Until then, right at the end, when least expected, some bittersweet note it insinuates itself subtly into the script: a few words, a sentence said in passing in the midst of an apocalyptic confrontation, syllables that can also go unnoticed bring out a delicate intensity that is frankly unexpected. They are flashes that sparkle and go out in a flash, just enough to make it clear that, in the end, yes, between a mockery and a titanic duel to make the Kaiju filmography pale, there is also room for a shred of depth. He does not stop for a second, Bayonetta: gallops at breakneck speed for all the approximately 14 hours required at its first (but hardly the only) completion, pulling straight towards the end with only a few detours here and there in search of optional and collectible challenges. And these are hours that are equivalent to a roller coaster ride of the fanservice, in the midst of a cast of old and new faces that involve and entertain us, all while having fun fighting hordes of Homunculus, creatures that – this time – come neither from Heaven nor from Hell. Their purpose? Better if you find out for yourself: since the story is certainly not the cornerstone of the game, we might as well not spoil the surprise. What matters, after all, is that the gameplay and the entire play equipment are tailor-made for action lovers. And in this respect, the tailors of Platinum Games have nothing to envy to anyone.

There is so much to play

The primary objective, once Cereza has taken command, or Viola in the appropriate levels dedicated to her, is to lead the hands to defeat wave after wave of Homunculus. Nonetheless, it is not the one and only activity practicable in the many stages that make up the progression. Bayonetta 3 is beautifully dense with content, which takes the form of secondary areas in which it appears “Verses” not mandatory, and which also offer a renewed focus on exploration, enticing us to collect the Blood Tears of Umbra scattered around the worlds (upon finding, a nice surprise awaits you that suddenly increases the longevity of the adventure). And let’s not forget about the tests of skill against Angels and Demonsof elementary puzzle sequences to be solved with the help of our trusted devils, and also of a host of situations that, in some situations, even changes the aspect of the game, creating a sort of crossover with other genres which we prefer not to reveal to you. A surprisingly authorial videogame “hundred”, which takes on many different faces, sways between the forms of expression and the gaming languages ​​without ever taking itself seriously.

This lightness then allows us to turn a blind eye to slightly less legible phases, where the spectacularization takes over the technicality, partly cracking that perfect balance that instead manifests all its power during the fights. Finally, among the most brilliant moments the absurd levels dedicated to Jeannevery short but brilliant, which totally change the gameplay perspective, interspersing the adventure here and there. Upon purchase in the shop, these lightning-fast spy-movie-style missions can also turn into a pixel art minigame in its own right, to be experienced alongside the main story. Difficult to ask for more variety in an action game; difficult not to get carried away by the adrenaline rush that emerges from every choice of game design; impossible not to be ecstatic when, on the notes of Moonlight SerenadeCereza and Viola decide to create a choreographic dance of death.

Bayonetta does not dance alone

This time, Bayonetta has very strong allies on her side who, in some cases, even end up stealing the spotlight from her. Equipping two sets of weapons, in fact, and alternating them at will during the battles, the Witch of Umbra has the right to both radically vary its movesetand to assume the appearance of demonic creatures linked to specific tools, so as to speed up movements during duels and exploration of scenarios. And that’s not all, because Bayonetta can too call a demon of your choice into the field, letting the player take control and sow panic in the ranks of the Homunculus. The downside is that, when summoning a hellish leader on the scene, Cereza remains vulnerable, unable to defend itself from the attacks of hostile beasts. Therefore, with a highly intelligent solution, the use of succubus Demons is not a shortcut that facilitates battles. Everything in Bayonetta 3 lives on perfectly studied balances: first of all, the evocation is connected to a magic bar which empties quickly, and moreover it soon becomes very important to understand the correct positioning of the Witch on the field, in order to avoid calling the demonic ally back to the ground and then ending up targeted by enemy arrows. It is a matter of precision, timing and full control of the fighting chaos: the infernal beasts can be called into question to destroy the most mammoth Homunculus or those with shields, or even summoned on the fly. just to deliver a coup de grace, maximize the combo counter and the degree of dynamism. If you thought that the use of demons was a concession totally subservient to the needs of showmanship, you were wrong, because even their management obeys strict rules, daughters of that exuberant technicality that has always distinguished the series. Again, control is total, even in the most confusing scrum. Ranged hits, light attacks, heavy assaults, dodges to the millisecond with the activation of the Temporal Sabbat and swirling aerial combos are again the main ingredients of a playful recipe that is tastier than ever, for gameplay at the top of its genre. And to think also that until the end Bayonetta 3 constantly introduces additional new tools and demons (with related talent trees!), Thus stimulating us to always experiment with new solutions, even after the credits, to characterize the clashes with an unusual charismain a tightrope walk to the next gigantic boss fight, where everything changes, once again. It is in this context of wonderful madness that the technical limitations of Nintendo Switch are more noticeable, which unfortunately prevent the full exploitation of the playful and artistic structure of Bayonetta 3. Net of a more or less stable frame rate at 60 fps, a resolution that is not always very clean and in general a fairly obsolete modeling end up reducing the visual appeal of a game that has plenty of character. In the course of our experience, in any case, we have gladly turned a blind eye, preferring on the other hand to open our ears to let ourselves be carried away by portentous soundtrack. Finally, in terms of audio, a note of merit goes to the excellent performance of Jennifer Halethe new voice of Bayonetta, who managed to give her own mark to the character while remaining in the groove traced by Hellena Taylorwho had interpreted it in the first two chapters.

Viola, the life of a witch

Viola is very different from Bayonetta, but she is not a foreign element forced into the gameplay. Playing as her one gets the impression that she has always been there, the companion of other adventures within the series, such is the smoothness with which she fits into the playful economy of a combat system calibrated to the millimeter. But it is different. She proudly is. Unique and charismatic, the newcomer prefers close attacks, and is more geared towards melee: she wields a katana with which she slashes as hard as she can, and does not disdain assaults from distance, loaded shots, dodges from the range of action. smaller than those of Cereza. She is not pluriform like Bayonetta, yet she is a delight to control. To activate the Temporal Sabbat you must parry shots with the right timing of the Homunculus, a detail that is enough to completely change the approach to fighting. Together with her, in short, the fights are familiar and at the same time different: another example of the amazing balance achieved by Platinum with the gameplay of the third chapter. Although with a reduced arsenal, Viola hits hard, staging a dance that, far from the refined elegance of the Witch of Umbra, follows more rock choreography. Even the co-protagonist has a nice demon on her side, Cheshire, who she can call on the field without however this evocation obliging her to remain in the rear. Indeed, with the infernal cat on the scene, Viola beats with her bare hands, throwing punches with furious determination. The only regret is that, perhaps, it is used with a somewhat reduced frequency: a few more levels with her during the main story, in short, would not have hurt. 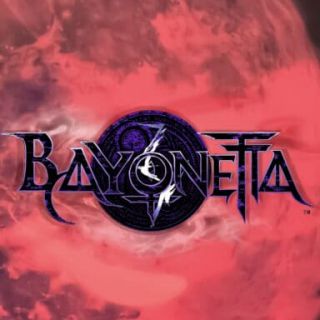 Bayonetta 3Nintendo Switch Analyzed VersionBayonetta 3 is Pure Platinum again. Technical uncertainties partially weaken the visual appeal, but do not sufficiently reduce its overall audiovisual footprint and do not prevent the adventure from achieving excellence. The third chapter of the saga is a continuous discovery, a fireworks show dedicated especially to fans of the Witch of Umbra. In support of a flair and a variety of very high thickness stands a highly calculated gameplay, a combination of controlled chaos and trotting spectacularity. There is a lot, in Bayonetta 3, everything you need to allow Platinum’s work to represent the apotheosis of action games.