The Italians of Stormind Games offer us Batora Lost Haven, a hack ‘n’ slash with a combat system inspired by Ikaruga.

It is now there for everyone to see: the video game sector in Italy is experiencing immense growth and more and more often we are witnessing the debut of productions capable of having their say at an international level. We saw it a few weeks ago with Soulstice and just a few days ago with Mario + Rabbids Sparks of Hope (by the way, here the review of Mario + Rabbids Sparks of Hope), both projects able to interest a large portion of the public on the street. belonging to a successful brand or to a niche genre such as stylish action.

It is also added to the now long line of homegrown productions Batora Lost Havenlast effort of the boys of Stormind Games which is about to arrive on the digital shelves of PCs and consoles. A few months after our Batora Lost Haven test, the developers allowed us to play the entire adventure from start to finish: we are therefore ready to reveal all the secrets of Avril’s story.

The plot of Batora Lost Haven centers on the figure of Avrila teenager who is part of the now few survivors of planet Earthwho has fallen into disrepair for mysterious reasons.As an ordinary girl, our protagonist will find herself gaining immense power thanks to the encounter with the Sun and the Moontwo elegant divine figures who will guide her on an intergalactic journey in search of a way to restore balance and peace between humans.

From a narrative point of view, the title Stormind Games it does not propose a particularly complex intertwining, but there is no doubt that the developers have paid great attention to the characterization of Avril. The attitudes of the young woman, who at any moment finds herself having to decide the fate of entire alien civilizationsare almost always credible and ‘natural’ when one considers that the point of view is that of a teenager. 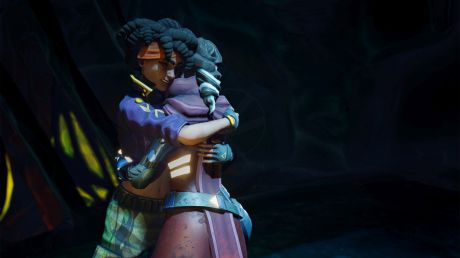 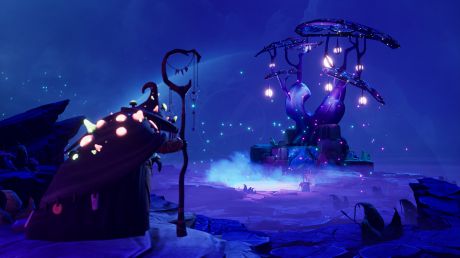 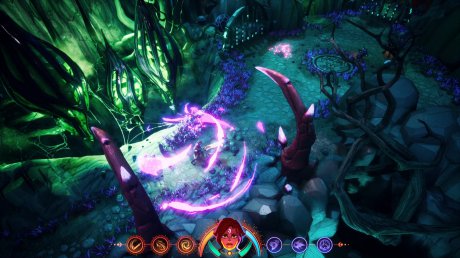 When we talk about decisions, we do it because of the presence of certain points of the story, moments in which Avril is faced with two different options that have consequences at the plot level. On one side the way in which the choices are structured is appreciablewell thought out and with the aim of putting the player in a difficult position, without proposing the classic crossroads between right or wrong. The same tutorial states that there are no right or wrong decisions, just different consequences. The problem is that the repercussions on future events are limited and each of the choices serves nothing more than to listen to some different lines of dialogue and, sometimes, to face an alternative gameplay section. The progress of the narrative, without particular flashes and with some quite phoned twists, is the same regardless of the protagonist’s stances and, despite the presence of an alignment indicator in the menu, this mechanic appears irrelevant, even on the ending. THE two different endingswhich we really appreciated because of their nuances, can be ‘activated’ regardless of the path taken previously.

A combat system inspired by Ikaruga

Avril’s adventure in Batora Lost Haven is not made only of choices, but also and above all of clashes with fierce alien creatures that force the protagonist to use her new powers. The Sun and the Moon have given her extraordinary abilities, thanks to which the girl can take on two different forms associated with purple and orange colors.

Stormind Games title is a hack ‘n’ slash with isometric view and some twin stick shooter mechanics that push the heroine to take on different forms to counter the threats that stand before her, just like in the legendary Ikaruga. With the Mental formAvril has ranged attacks that allow her to reach any point in the arena with bullets, shockwaves and small tornadoes, not to mention the ability that consists of summoning a temporary shield. There fitnesson the other hand, it all revolves around the use of a sword, through which enemies can be hit both through agile swings and with special abilities, such as the one that makes the protagonist whirl for a few seconds to invest anyone who ends up in this deadly dance.

Each opponent is distinguished by one of the two colors and suffers very little damage if hit with attacks from a different form: this means that the player is forced to constantly changing the active skill set of Avril to stand up to enemies and prevent the health gauges, one for each form, from running out. In general, the Batora Lost Haven combat system works well, but it is not without flaws that go beyond the simple lack of variety in terms of active skills.

The main problem with the game is the overabundance of interface elements during confrontations, which make it almost impossible to understand what we are facing, especially if in front of us there are small mobs. Each enemy, usually of the color linked to his shape, also has a large ring at his feet that takes the same color and a health indicator – always of the same color – which also highlights the level. As you can easily imagine, such a mass of information is excessive and often you have the feeling of fighting against an element of the interface, so much so that after two complete runs we have no memory of the features of many opponents. We would also have appreciated better handling of the activation of area and ranged attacks: if it is already not very precise to cast spells with the analog stick, the second offensive method – which consists in pressing a button – also requires the direction of the shots through the left stick, which implies the movement of the protagonist towards the enemy. These problems are less evident in the few but well done boss fights that characterize the adventure: both for the size of the enemies and for the interface (in these cases the health indicator ends at the top of the screen), it is easier to view and hit the opponent.

A short and straightforward experience

For what concerns the growth of the protagonist, everything happens automatically by increasing the statistics at each level up and the only way the player has to influence the girl’s abilities is to exploit the system of Runes.

These items can be purchased or obtained through game actions and allow you to slightly alter the functioning of skills or modify health and attack power, in some cases with small penalties that go to offset the bonuses. As interesting as it is on paper, this mechanic is not that deep and due to the possibility of adding more Runes of the same type it becomes almost mandatory to proceed with the ‘full tank’ solution, adding hundreds of health points without thinking too much about the attack. One of the aspects that we liked the most about Batora Lost Haven is the attention to the puzzles. Yes, because between a sword stroke and an interplanetary journey we will also have to face increasingly complex puzzles that require the combined use of the two forms. Skipping over a couple of stages that require excessive reaction speed, most of these sections are enjoyable to play and never get too complex. Especially in the final stages, the developers have indulged themselves and proposed more complex puzzles, some able to transform the activity into a sort of fun pinball machine.

Net of its criticalities, the gameplay of Batora Lost Haven entertains the player for the duration of the adventure, which wanders around 5 hours (our counter was stopped at 4 hours and 43 minutes, according to the save file). The brevity of the experience is primarily due to aexcessive linearity of the story, devoid of any secondary mission or area to explore. Batora, in fact, does not have areas to go to to get unique rewards or hidden characters with which to interact: everything is limited to chasing the mission indicator while destroying the crystals and open i coffers, the only two forms of interaction with the scenario that are a constant on all planets. The only way to extend the longevity of the adventure is to take advantage of the New Game Plus, which allows you to restart the game to see what happens by making different choices (also possible thanks to an automatic ‘intelligent’ save system, which saves all the so-called turning points). The only flaw of the NG + concerns the total elimination of the Runes, which in fact makes the second run almost identical to the first from a playful point of view.

The technical sector of Batora Lost Haven is certainly not that of a high-budget production, but the Italian team has been able to package a visual presentation that is perfectly functional to the type of work. Scenarios and character models do not enjoy a stunning level of detail, yet the style adopted, simple and colorful, hits the target and is always pleasant. 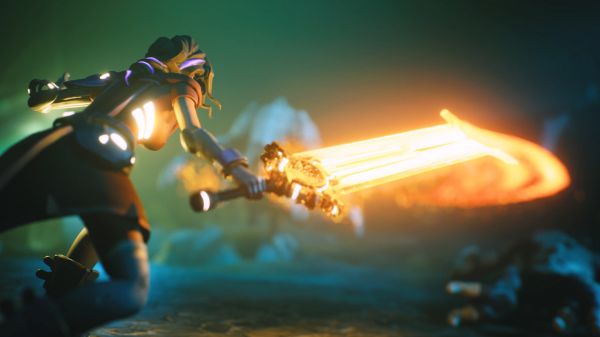 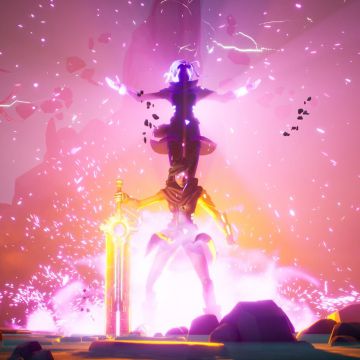 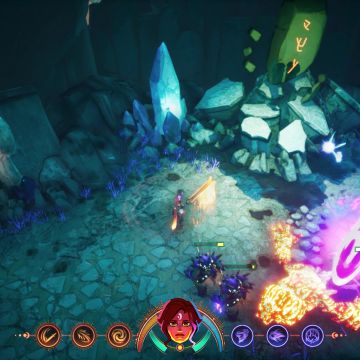 The same goes for the Artistic direction, even if in this area slightly more fluctuating results have been obtained, both in terms of explorable planets and protagonists. In fact, in some cases we found ourselves faced with more anonymous designs (think of the desert area or dinosaur-like creatures), while in others – especially in the second half of the adventure – we greatly appreciated the care with which they were made. There isn’t much to say about the extra features, since we’ve played and platinum-plated the title on PlayStation 5 noting that the peculiarities of the DualSense they have not been exploited in any way, although the front LED of the device is colored according to the shape taken by Avril. 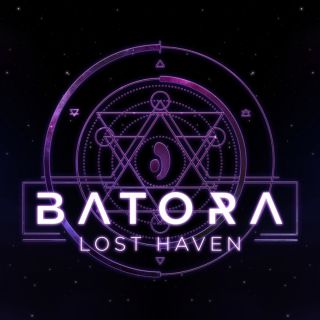 Batora Lost HavenVersion Analyzed PlayStation 5Net of excessive linearity and some uncertainty in the gameplay, Batora Lost Haven is a pleasant adventure that keeps players glued to the screen, eager to find out how the epic story of Avril around the galaxy will end. The journey of the heroine from Earth is studded with ingenious puzzles, dangerous enemies and difficult choices, which can be experienced in full thanks to a second game in New Game Plus, which guarantees a few more hours of play and allows without too many problems to complete the game 100%.