Bad news: the long-awaited arrival of Steam to Tesla cars is delayed 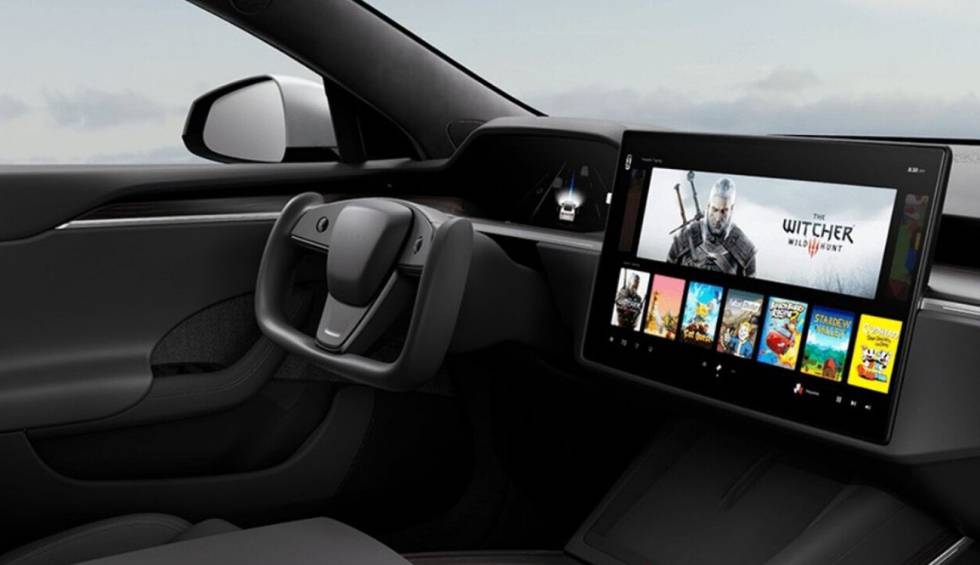 One of the things that aims to be differential in the cars of Tesla is what it has to do with the arrival of Steam to your entertainment center. This made the company a leader in the sector, since the platform’s catalog is fantastic. Well, it seems that the plans of the manufacturer owned by Elon Musk are not meeting the announced deadlines.

Some time ago Musk himself announced this year that work was being done to bring Steam to Tesla cars and, in this way, take a very important qualitative leap when it comes to offering fun to those who go in cars (especially the smallest). This section is so important for the company we are talking about, that the investments in this regard are very important, since the entertainment system is being improved in a very important way.

The fact is that it had been indicated that, from the company itself -we are talking about Elon Musk- it had been indicated in July that in the month ofLike you could see a demo of the progress in the integration process of Steam in the Tesla. But, to date, nothing at all… so it seems that the advances must not be important enough so far. A pity, but nothing new, since the company is one of those that usually always works with a significant delay (something understandable in many cases, because we are talking about a company with a high degree of innovation).

Tesla does not abandon the idea, far from it

The delay could be thought to mean that the idea of ​​putting many games in the cars of the North American manufacturer could be forgotten. But this is not so. Faced with a direct question about the state of Steam integration in the firm’s cars, it was Elon Musk who came out to answer directly. And the answer is clear, since it indicates that he himself was testing the entire development in Palo Alto. That is, the project is maintained.

Unfortunately, the CEO of the company did not say much more… such as a new date to be able to see, even in a video, what the integration of the gaming platform in the cars will be like in real life. There is no other than expect to move forward and have something that is close to what you want to offer to users of Tesla vehicles to discover how everything will be.

What will Steam bring?

The first thing is access to an online platform that has a lots of official games and that, the vast majority, are of great quality. In addition, it allows access to developments at a very reasonable price and the user interface fits perfectly to be enjoyed on the screens of Tesla cars or trucks. The fact is that the library that the company would have in terms of games would be impressive as long as hardware accompany Of course (although the cloud is being used more and more to enjoy very demanding titles).

YouTube Music, the 2022 recap arrives with many new features and Google Photos integration

The end of the year is now approaching and it's time to sum up:...
Europe

As Croatian citizens prepare to adopt the euro on 1 January, one historical figure...