It was being rumored and it ended up being fulfilled today. Apple presents the new iPad mini 6 at its event, the smallest iPad with an incredible redesign. The design line follows the current iPad Air without a home button and with thinner bezels. Let’s see what’s new. Apple also introduced a new generation of its iPad to dry.

Apple surprises with the iPad mini 6, a new design that captivates the eye 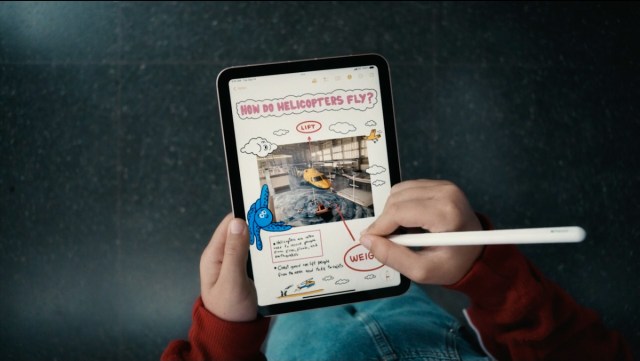 Like the iPad Air, it does not have Face ID but Touch ID at the top on the lock / off button. Includes 5G compatibility in the cellular version. Surprising is the increase in the screen to 8.3 inches, which features a wide color gamut, an anti-reflective coating, 500 nits of brightness and True Tone.

In slightly more general specifications, the iPad mini 6 has a 12 MP rear camera and a True Tone flash, it has smart HDR support. It can also be recorded in 4K format and the 12 MP front camera supports Center Framing. The A15 Bionic chip gives iPad mini 40% more power in CPU performance and 80% increase over GPU.

As we mentioned yesterday, the iPad mini will have compatibility with the second generation Apple Pencil. The most surprising thing is that a new one was not presented regarding size. Apple has been in charge of the design as never before by presenting an iPad line that seemed forgotten, now it will resurface and will be positioned as one of the most aesthetically special products and underlining especially as one of the most productive. 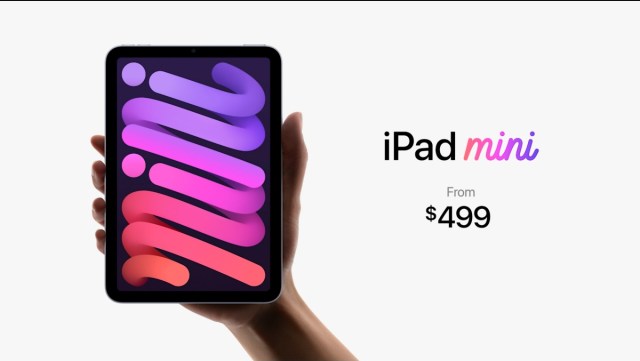 Pricing starts at $ 499 and reservations will be available just after the end of the month. Apple event in the US and Spain. How about? Also the iPad mini is available in new colors, pink, purple, star white and the traditional space gray.