A few days after the Release Candidate version, apple has released publicly iOS and iPadOS 15.5, MacOS Monterey 12.4, watchOS 8.6 And tvOS 15.5. These new versions arrive about a couple of months after the release of iOS 15.4, iPadOS 15.4, watchOS 8.5, macOS 12.3 and tvOS 15.4. At the end of March, however, Apple had released iOS 15.4.1 which as the main novelty has fixed a excessive battery drain problem on iPhone.

HOW TO INSTALL THEM

I’m compatible with all devices that support iOS and iPadOS 15, macOS Monterey, watchOS 8 and tvOS 14 and can be installed in OTA mode, directly through the appropriate menu in the system settings.

Recall that, for installation on iPhone and iPad it is necessary have at least 20% remaining charge or better yet, keep the device connected to the mains during the update. It is also possible to update under the 5G network if the functionality has been activated in the settings. To update Apple Watch, however, the app on the iPhone and the smartwatch must be used it must have at least 50% autonomy.

Unlike previous releases, iOS and iPadOS 15.5, macOS Monterey 12.4, watchOS 8.6 And tvOS 15.5 they mostly focus on bug fixes in addition to the usual performance improvements. 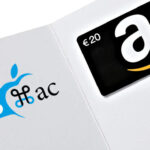 The best deals of the day on Amazon for today Monday

Starting with these versions of macOS 12.4 and iPadOS 15.5 the Universal Control function it is no longer referred to as a beta function. For Studio Display, macOS Monterey 12.4 adds support for firmware 15.5, designed to improve the quality of the webcam. In macOS 12.4 there is also an update for the Podcast app that now offers a setting that limits the number of episodes stored on a Mac and automatically deletes older ones.

According to the release notes, watchOS 8.6 expands ECG functionality and irregular heart rhythm detection in Mexico. No detailed information regarding tvOS 15.5.

It weighs less than candy and lifts no more than a snail...