HOW TO INSTALL THEM

All beta versions can be installed in OTA mode, directly through the appropriate menu in the system settings of iOS, iPadOS and macOS, after having previously downloaded and installed the profiles available on the Apple Developer Center and on the site dedicated to public beta testers. .

For installation on iPhone and iPad it is necessary to have at least 20% of residual charge or better still to keep the device connected to the mains during the update. It is also possible to update under the 5G network if the functionality has been activated in the settings.

For watchOS the app on the connected iPhone must be used and Apple Watch must have at least 50% autonomy and be within range of the iPhone‌ it is associated with. To install the beta on tvOS you need to download the profile ‌‌ using Xcode. Before updating it is always advisable to perform a system backup. 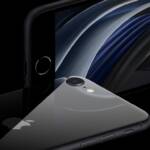 The renewal of the iPhone SE could arrive in early 2022 …

There are several innovations arrived with these new major releases which, we remember, will be released in a stable version in autumn. As usual, we will update this article if there are any noteworthy new features in these third betas.

One of the main innovations of iOS 16 concerns the new one lock screen on which i widget that resemble those of the Apple Watch and font and color of the date and time that can be changed. The notifications have been redesigned to appear from the bottom display, leaving the custom lock screen free. There is also the possibility of associating a particular background and widgets to a specific Full immersion, which can be activated simply by scrolling to the corresponding lock screen.

Visual search, instead, it offers “a new world of possibilities in photos”: now you can touch and hold the subject of an image to separate it from the background and insert it into the app as Messages. Plus, it recognizes even more types of birds, insects, and statues.

The main novelty of iPadOS 16 and macOS 13 (limited to devices with M1 processors) is the Stage Manager which offers “a new way to multitask with multiple overlapping windows“. Other new features include Mail, Safari with Tab Groups, Weather, Live Text, Reference Mode and Display Zoom.