TechSmartHow smart tech is changing life
HomeTech GiantsAppleApple releases a new build of macOS 12.4, but it's only for...

Over the past few hours, apple has released a new update for MacOS Montereybut few have noticed it and even fewer have been able to install it on their Mac. This is because the new build published by the Cupertino house, identified by the number 21F2092is explicitly dedicated to the new MacBook equipped with M2 SoC, whose commercial debut is expected for the next one June 24.

The update in question does not change the version of the operating system, which always remains macOS Monterey 12.4, so there are no significant changes compared to what has already been available since last May. It remains to be seen if the new version will be pre-installed on the new MacBooks when they are available for purchase from next week or if the units already made have the same version of the operating system that those who received them in preview have had the opportunity to try.

In any case, we remind you that the new MacBook Pro 13 M2 will be available for pre-orders starting this afternoon at 14:00, when the Italian Apple Store will also begin to officially list it, while for the Air we have to wait a little longer. We are not expecting a big rush to update, but if you still want to buy one and receive it as soon as possible, you should be ready to be found on the store starting at 14:00. 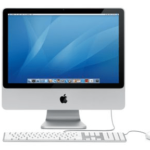 Apple M1: anatomy of a revolution