Apple has filed a patent for a keyboard concept without keys 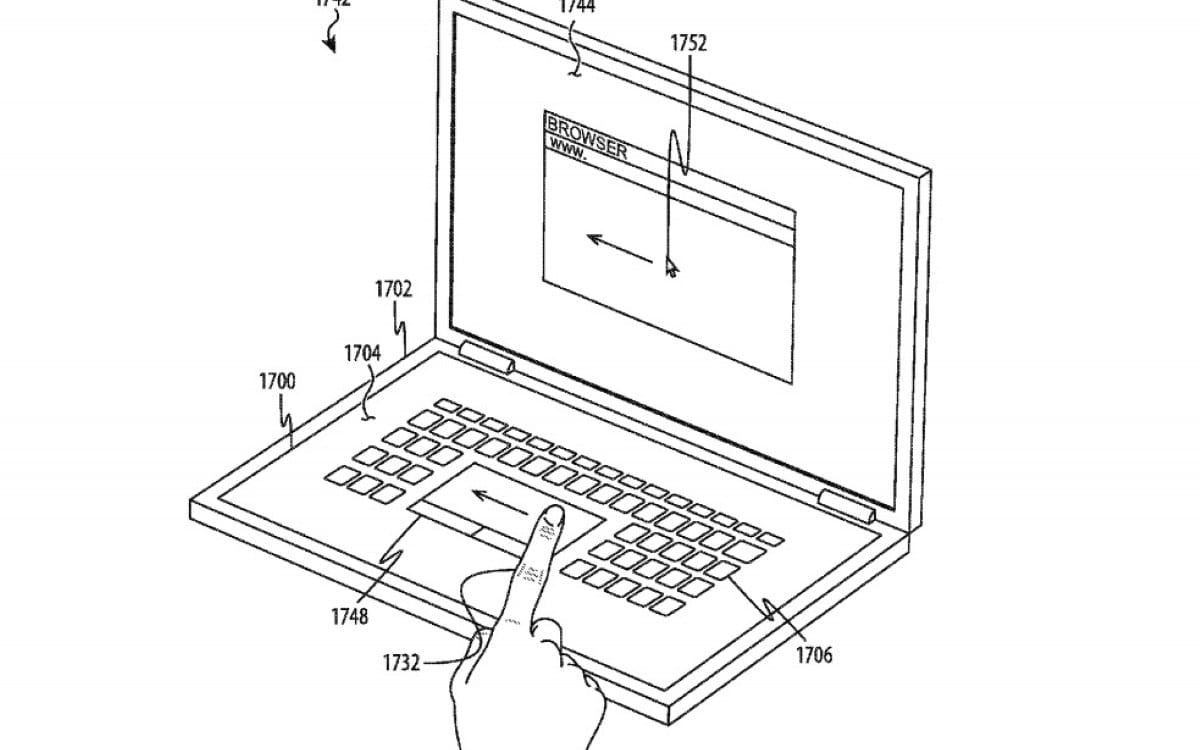 Apple has been granted a patent that could fundamentally change the design of the company’s MacBooks. Named “Keyless keyboard with force sensing and haptic feedback”, this invention is not new, since the Apple brand was considering using this technology from 2017. time has it finally come to apply this revolutionary concept?

As its name suggests, the Keyless keyboard proposes to replace the physical keyboard with a multi-touch screen glass: in other words, an iPad. According to Apple, the idea was born from the observation that more and more devices with different shapes and user interfaces are being put on the market. We immediately think of folding smartphones such as the Samsung Galaxy Z Fold 4 and other Motorola Razr 2022. We can also imagine that Apple is preparing the arrival of an iPhone Fold, the Arlesian of mobile telephony.

In the descriptive text of the patent obtained by our colleagues from AppleInsider, the company explains that “traditional keyboards lack the flexibility necessary to take advantage of the extended functionalities offered by new devices, operating systems and software”. At present, it is up to the user to adapt to the keyboard. The reverse is impossible, which in 2022 is not acceptable.

Apple’s patent would totally eliminate physical keys from the keyboard

The system proposed by Apple will also integrate two force sensors in two separate input areas in addition to the multipoint digital sensor. The great novelty of the concept lies in the force feedback integrated into the screen which will allow us to have the sensation of pressing a key to which we are accustomed. The very shape of the keyboard can be modified according to the needs or desires of users.

It is possible, for example, to imagine that it will give way to a mixing desk for sound engineers or to an interface dedicated to graphic artists and other designers, depending on the application used. Hopefully this patent, unlike the hundreds of others filed by Apple, will be applied in the real world. The rumor of a foldable iPad in 2024 is becoming more and more insistent. The perfect opportunity to put this concept to the test?