TechSmartAerezona Developers
HomeTech NewsComputingApple does not stop: there will be a new iPad Pro this...

Apple does not stop: there will be a new iPad Pro this year, what will it offer? 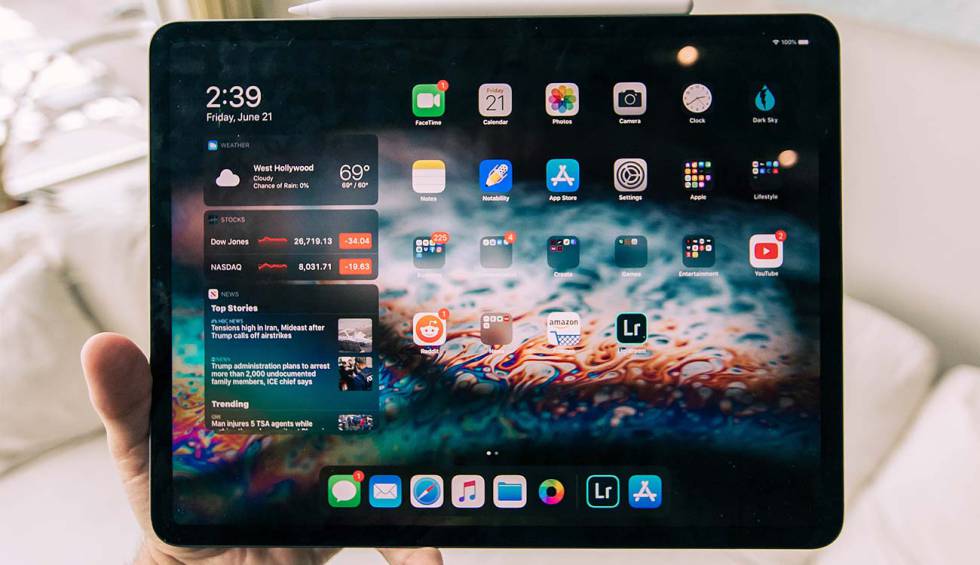 To the range of tablets iPadPro it needs new blood so that users do not have the perception of being out of date. This is because the competition, with Samsung and Xiaomi in the lead, are pushing hard in this segment of the market. The fact is that the Cupertino company is aware of this and, it seems, there will be a new model before the end of this year. And, luckily, part of what it will offer has been known.

One of the things that seems clearer about the new tablet being prepared by the company led by Tim Cook is that it will have a large screen, very large actually. We are talking about dimensions that would reach 14.1 inches. Therefore, it would be a perfect device for those who use this type of equipment more professionally, which with the arrival of iPadOS 16 are as useful as laptops.

The resolution of the OLED panel would be Retina Liquid, to obtain excellent quality, and it would not lack a frequency of 120Hz and technology like True Tone to make color accuracy as good as possible. The point is that we are talking about Largest iPad Pro by screen that would have been released to dateso the combination with a keyboard will make it possible to obtain a de facto laptop… but with the advantages of tablets (such as low weight and greater autonomy).

The hardware would be very powerful in this iPad Pro

If the information that has been known is real, the equipment would offer a brutal capacity when it comes to running the operating system and, of course, the applications. One of the reasons that would exist for this is that it would have the new M2 processor from Apple itself, so its power would be unsurpassed and nothing would have to be sent to the MacBook. One more step, again, so that the thin line that separates the company’s tablets and laptops disappears even more.

On the other hand, in what has to do with memory there will be significant advances as well. This is because the RAM would amount to 16 GB for the entire product line. And, as far as storage is concerned, here could be two possibilities that the new iPad Pro would offer: 512 gigabytes or 1 TB. Therefore, we are talking about a superior tablet in everything related to hardware.

Some more details that have been known

One of them has to do with design, where they will be offered smaller bezels to take better advantage of the front and that the size of the new iPad Pro is not especially scandalous when holding it in the hands. Besides, there will also be improvements in the sound section and, especially, in the camera for the video calls. Therefore, this year we will see a new Apple tablet that will be far superior in everything… including the price because, surely, it won’t be cheap.