apple, from the beginning of June, began in full with a new promotional campaign for how interesting Spatial audio is regarding AirPods. The company gave prominence on this occasion to the successful artist, Harry Styles. Through the video “Music For a Sushi Restaurant”, the company makes a remembrance of the silhouettes shown in previous iPod advertisements. In the song there are also some similar silhouettes, so in conjunction with the Tik Tok platform, there is a new filter that allows you to resemble those advertisements with silhouettes.

Just as the AirPods x Harry Styles collaboration video shows, the filter tries to portray this video as well as possible, even including the song. To give even more relevance to this campaign, Apple also has creators as participants. tiktokers such as Kendra Willis, Yai Ariza and Nifé, who have already used the silhouette filter. This was indicated by The Apple Post.

In case you don’t have AirPods yet, it doesn’t matter too much, since you can create your video for the platform with the silhouette filter. The company added to the filter in this collaboration with Tik Tok, a 3D form of third-gen AirPods. It is also made so that it can follow you when you move when you are dancing, assimilating even more to the old advertisements for this product.

The company has said that it is enough to try the new Silhouette filter to enter this new Spatial Audio using your AirPods (or not). If you want to use the silhouette effect on Tik Tok in collaboration with your AirPods, follow the steps below: 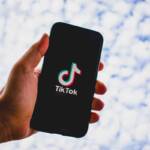 In case you can’t find the new filter so easily, you can go to the official Apple profile on Tiktok. just go to @Manzana to see the effect. Right there you can find the promoted videos that have used the effect “silhouettes of the AirPods”.

It is already about a year since Apple launched the AirPods 3 series, for which in the same way there were more ads reminiscent of iPod classics using silhouettes.

Apple and TikTok have had a close collaboration for some time now. The company continues to use the platform to promote everything it wants. Over the past year, Apple partnered with Olivia Rodrigo to promote a video totally “made with iPad”. After this collaboration, the actress and singer via Tik Tok also promoted the use of effects that Procreate made resembling those of her video.

One year before this situation, during 2020, the company decided to start publishing on its Tik Tok account with the launch of the iPhone 12 and iPhone 12 mini. This campaign was also carried out in collaboration with more creators on Tik Tok.

Although it is becoming more and more normal for Apple to decide to use and strengthen the relationship with the platform, Since it is Tik Tok, it gains more followers serving as a great promotional.

Apple’s campaign continues to promote series 3 of AirPods with Spatial Audio. Now with the third generation, Spatial Audio was also added along with the AirPods Pro and AirPods Max. The refreshed design favored the compact AirPods concept during October of a year ago. As well as having much more power and duration of energy, not to mention the hugely increased sound quality. 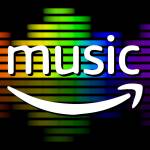 You can now listen to podcast on Amazon Music Spain