According to a media report, the underground cartel guards are investigating the rules for Google’s App Store. It’s about billing terms and developer fees.

Google’s app store is increasingly caught in the crosshairs of European competition watchdogs. The EU commission’s antitrust watchdogs are examining the US group’s specifications for the Play Store, reports the news portal “Politico”, citing two unnamed insiders. Google’s competitors have received confidential questionnaires from the Commission about the billing conditions and fees for developers in the Play Store. 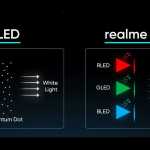 Already investigation in the Netherlands

The Dutch regulator ACM (Autoriteit Consument & Markt) is already conducting antitrust investigations into the Google Play Store and Apple’s App Store. Programs from Google and Apple themselves compete with third-party applications in the download stores. Since the two companies control their app stores and there is “no realistic alternative” to them, the local auditors argue, “these opposing interests could represent antitrust problems”.

According to the report, the Dutch Google case is now likely to be dropped to clear the way for EU review. The reason given was that the concerns about anti-competitive behavior had to be analyzed at the EU level and thus placed one level higher. In the Apple case, however, various processes run in parallel. The British competition authority CMA has already initiated investigations into the Google Play Store and the Apple App Store.

Bone of contention: Developer fees for access to the Google Play Store can be as high as 30 percent. In addition, the programmers and their sales partners were previously not allowed to use alternative billing systems to collect payments from users.

The Commission declined to comment on the initiative. A Google spokesman told Politico that the company had discussed “a number of things” with the Brussels executive. It was also about the recent changes to the guidelines for the Play Store to make its conditions fairer and to refute allegations by developers of unfair behavior.

Google announced new rules for its own app store at the end of July. In addition to advertisements and app authorizations, payment systems are also in the foreground. The internet giant wants to allow certain app developers to use alternative billing systems in the Play Store when receiving payments from users in Europe. At the same time, the fees for developers are to be reduced.

Google described this step as one of the first to comply with the recently passed Digital Markets Act (DMA). The regulation is intended to ensure that there is a level playing field on the Internet with clear rules for large online platforms with a gatekeeper function (“gatekeeper”) and big tech companies with essential services such as Google, Apple, Facebook, Amazon, Microsoft, Airbnb and Booking. com do not abuse their position.

Brussels not yet satisfied

According to the report, experts in the EU Commission assume that Google’s latest measures are not sufficient to comply with the regulations from the DMA, which are expected to take effect from the beginning of 2024. Competition Commissioner Margrethe Vestager has already accused Google and its parent company Alphabet of abusing a dominant position in the digital sector in another case. The group is said to have used Android to consolidate the market dominance of its search engine and to hinder third-party innovations. The EU court is currently having to decide on the antitrust fine of 4.3 billion euros that was imposed as a result.

The commission found that smartphone producers such as Samsung and HTC could not avoid Google’s Play Store. By requiring partners who request access to this app store to pre-install all Google apps, including the lucrative search engine and the Chrome browser, the group is restricting the options for competitors. The Brussels government institution therefore forced Google to stop this practice. 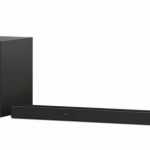