Another Person Dies Taking a Selfie: The Question Is Why?

A 38-year-old woman plunged to her death at a well-known Instagram photo spot in Australia on Saturday. As sad and regrettable as this is, the real question is why do people keep risking life and limb for a photo?

Sadly, the woman plunged 80 meters to her death at the infamous Boroka Lookout in the Grampian National Park, Victoria, Australia. According to reports, she deliberately climbed over a barrier railing before she fell. What’s even more shocking is that her family witnessed the entire horrifying event. This particular lookout has become a favorite for Instagram photographers, having been tagged over 6,000 times. It’s not the first time someone has been fatally injured there either, as a 59-year-old woman fell to her death there as far back as 1999.

Barriers, railings, and warning signs have all been erected, but they don’t seem to deter photographers intent on getting their shot, regardless of danger. However, it is dangerous, and it can be fatal. As the Police Minister, Lisa Neville, said: “That is dangerous behavior, and yesterday should be a stark reminder that anyone who wants to do those extreme photos for social media that it can kill you. What we saw yesterday was a really tragic outcome of behavior that unfortunately we see too often. It not only puts you in harm’s way, but it actually risks our lifesavers and our emergency services personnel who have to either try and rescue you or recover a body, and that’s what we’ve seen on Saturday.”

Perhaps the most salient point in her quote above is that it’s behavior we see far too often. Indeed, according to available statistics, 259 people lost their lives between 2011-2018, specifically in the act of taking selfies. Therefore, it’s fair to say that number has probably exceeded 300 now. And this brings us to the crux of the issue: why? 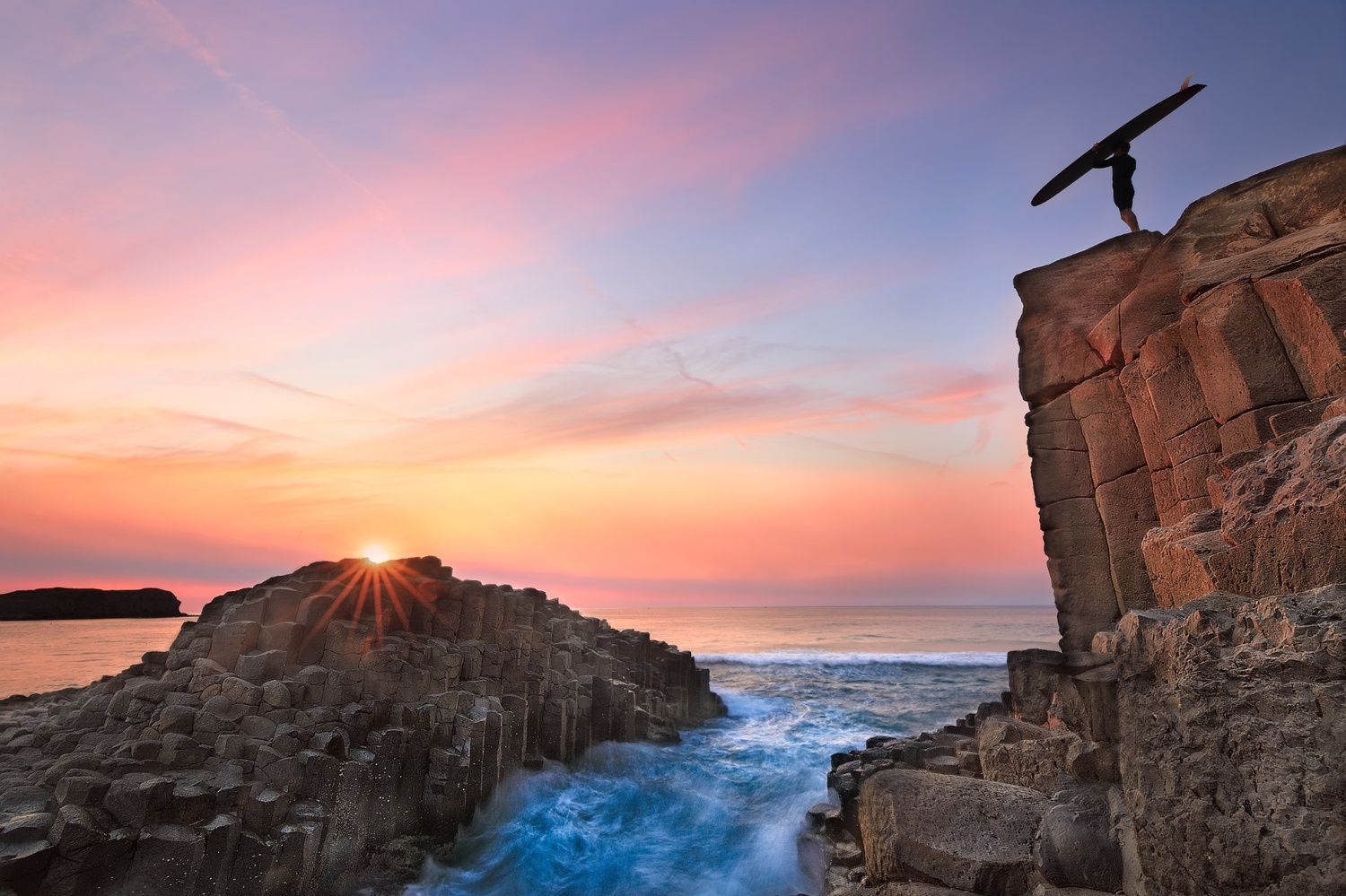 Sure, we live in a narcissistic world where we crave dopamine hits from strangers on social media at ever-increasing rates. Nevertheless, thinking critically, what do people actually think they’re going to get from these photos? If we think about the algorithms used on social media platforms such as Instagram, it’s pretty common knowledge that your photos barely have a lifespan of a few hours, perhaps more if you’re lucky. However, your images never reach all of your followers anyway. On a good day, I’m lucky if my photos I upload to Instagram reach 20% of the people who’ve elected to follow me. That means more than 80% of my followers never even see the images I upload anyway. So, why on earth would I put myself in danger of injury or death for an image that barely 15-20% of my followers will see? The answer? I don’t, especially when I’m not getting paid for it, as I’m pretty sure is the case with most people who’ve died in the act of taking a selfie.

If you look at the image above, you might surmise that I put myself unnecessarily close to the cliff face to get this shot. In reality, I was a good three meters from the edge, and there’s another little step of rocks just below that edge anyway. In short, there was absolutely zero danger for me in this position. I went to this spot the day before and set up the composition to get the silhouette in a position that resembled being close, but I took all the necessary precautions to ensure I was in no danger. I’m a father to two young girls who I absolutely adore. Why would I risk that for a photo? This print sits proudly on my wall at home because it was a wonderfully fun exercise in planning and execution. Thus, I had intrinsic and extrinsic reasons to get this shot, but never at the risk of my life. 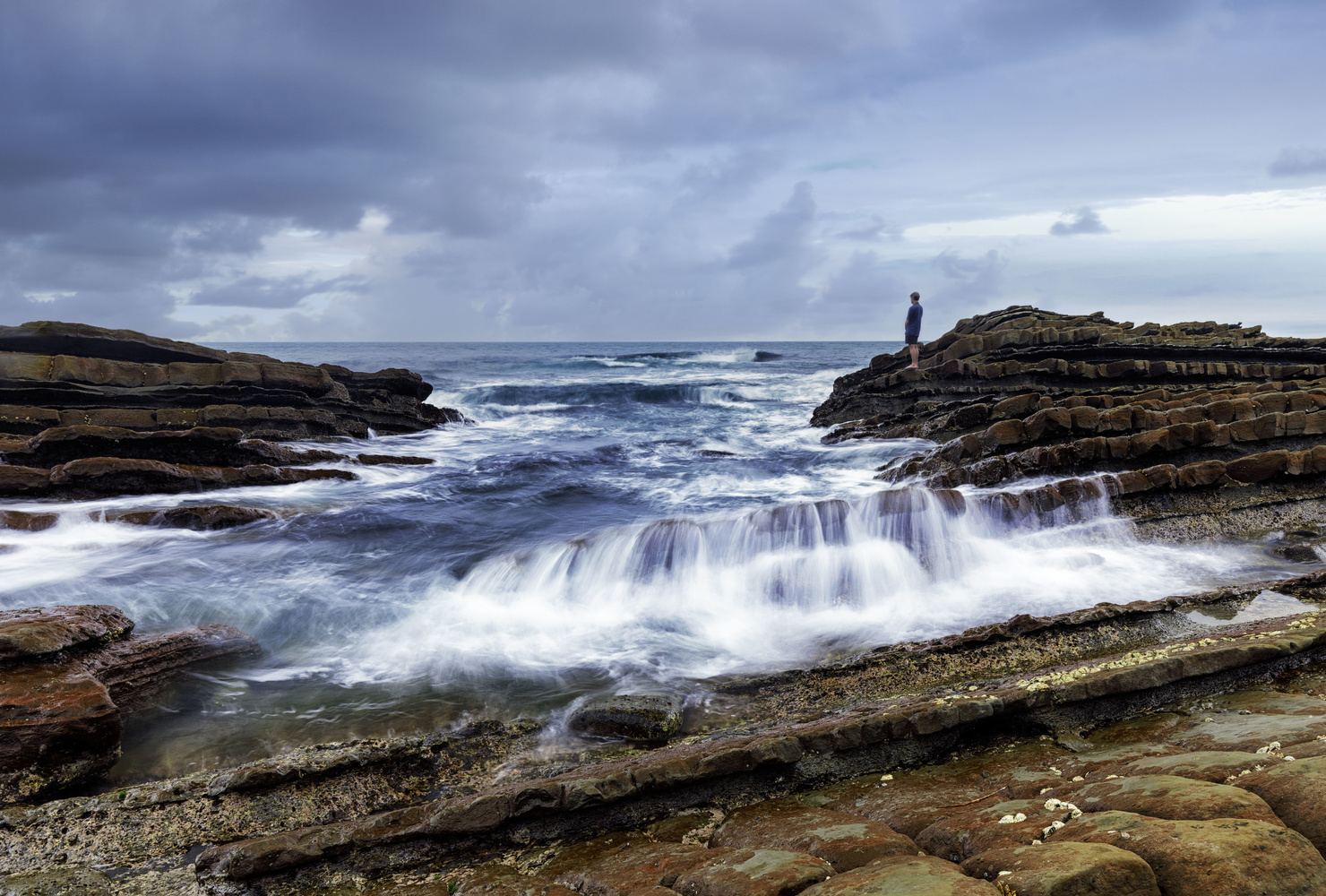 In the shot above, again, you might think I put myself perilously close to the water. However, what you can’t see are the fishermen’s spikes I wore to get to this rock, as I edited them out. Also, I grew up on the coast and have been swimming in oceans full of currents since I was five years old. Thus, if disaster struck and a wave somehow collected me and washed me into the water, I’d feel very comfortable in my ability to get back to shore. It didn’t, though, because I’d checked what the tide was doing and had watched the water line for a good 30 minutes before taking up this position. It was slippery, but I had my boots nearby and ensured there were multiple entry points and exit points that weren’t covered with razor-edged oyster shells. In short, I was never in any real danger, even if I did fall in.

This was an image for my mother at home in Australia, who has been to this location and stood very close to these rocks, albeit during a much lower tide and a much more calm day. Thus, I had more of a specific reason to get this shot beyond a simple desire to upload to Instagram and hope for a few more comments and likes than what I might usually (from my followers that Instagram actually shows the image to).

But if we come back to the unfortunate situations where people have died taking a selfie, I have to wonder what their actual reason is beyond a few likes on social media. I mean, in all my years working with clients, brands, and paying organizations, I’ve never once been asked to put myself into a position of danger for a licensed image. And if I was, I’d simply say no.

As sad as it is that we keep seeing people dying in avoidable circumstances all in the act of getting a photo, I wonder when people will realize that the cost/benefit analysis just makes no sense at all. I hope this will be a reminder or a wake-up call to people who risk their lives for a photo. It’s never worth the risk, no matter how cool, daring, or shocking you might think it is.

What are your thoughts? I’d love to hear from you in the comments below.