apple invites you to move: after improving the “Move to iOS” app, the company is posting an FAQ video on YouTube.

Apple continues its campaign to promote the switch from android-will-no-longer-make-you-wait-for-its-news-it-will-be-on-par-with-the-ios-version/">Android devices to iPhone. Since this week, an almost four-and-a-half-minute FAQ video has been available on YouTube, in which an Apple employee explains the “Switch to iphone” in more detail – probably also to promote the recently updated “Move to iOS” app (“On iOS transferred”) to apply. The clip covers topics such as taking photos, text messages and apps, but also issues such as trading Android devices for iPhone discounts and Apple’s update strategy for iOS. 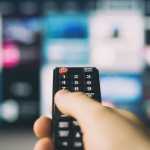 How to see satellite channels without a dish? The various options, even for free

The iPhone group seems to be primarily concerned with possible fears at the switch gain weight. It starts with data transfer, for example: Apple recently upgraded the “Move to iOS” application for WhatsApp messages, which helps many potential Android users due to the popularity of the messenger. Apple’s tool can now also restore apps that were installed on Android on iOS – if there are counterparts, they are free and you transfer the content manually.

In the further course of the video, which to Apple’s “Switch to iPhone” homepage oriented, one also learns that Apple accepts Android devices for a trade-in (although the user should first find out from other providers whether they pay more), one receives operating system updates over a longer period of time and “personal content is protected ” be. In addition, the group emphasizes the durability of the devices and the reliability that results from the combination of software and hardware from a single source.

The current campaign shows that Apple is increasingly relying on switchers to achieve its iPhone growth figures. Most recently, the group once again succeeded in increasing sales of its smartphones – while the iPad, Mac and wearables division are (somewhat) in crisis due to the looming recession.

Meanwhile, Google is trying to make the switch from iOS to Android easier – here too Is there a similar campaign? which explains how to switch from iPhone to Android smartphones. This has been made even easier in Android 12.

You can find all the content related to specific topics if you...