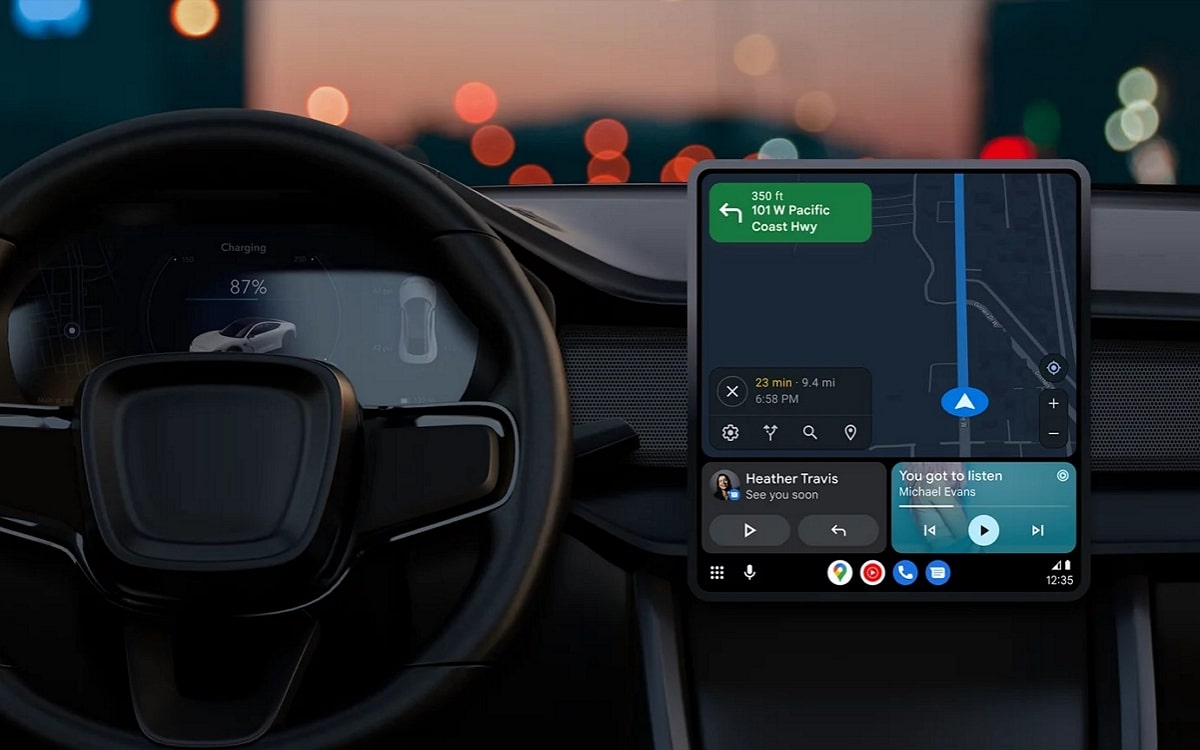 Google has started rolling out Android Auto’s new look to testers, indicating that it will soon be available to all users. However, it will probably take until 2023 before the update arrives in your cars.

Earlier this year, Google revealed that it was preparing a major overhaul of Android Auto. The Coolwalk update would allow the interface to change design, and adopt a more modern appearance, but above all more customizable. Indeed, this more dynamic interface will make it possible to separate the different applications on the same screen, and to better adapt to different display sizes.

The idea was to make essential apps and features more easily accessible with just a touch, allowing drivers to better focus on the road. We have been eagerly awaiting the new version for several months now, and Google has finally started rolling out the redesigned interface in beta.

The current iteration of Android Auto is a single screen based on what you’re using, whether it’s Maps, Spotify, Phone, or whatever. However, with the update, the new home screen has three tiles: Maps on the left two-thirds of the screen, with direction choices and your music player dividing the right third.

Users will also be able to change the size of the map, allowing it to fill the entire screen if they wish, to better visualize their route. The split interface is much easier to navigate while driving and stays consistent. You can always expect your navigation app is on the left side closest to the driver.

Additionally, other parts of the system have been updated to adopt Android’s Material You design and modernized UI elements and layouts. Google Assistant’s music and media recommendations are also now accessible with a simple swipe of the media card from the dashboard. Finally, it can be noted that the old status icons and notification center bell have been merged.

Motorola Edge 30 Neo in the test: great display and Qi...