Android 14: developers can already test the new predictive back gesture 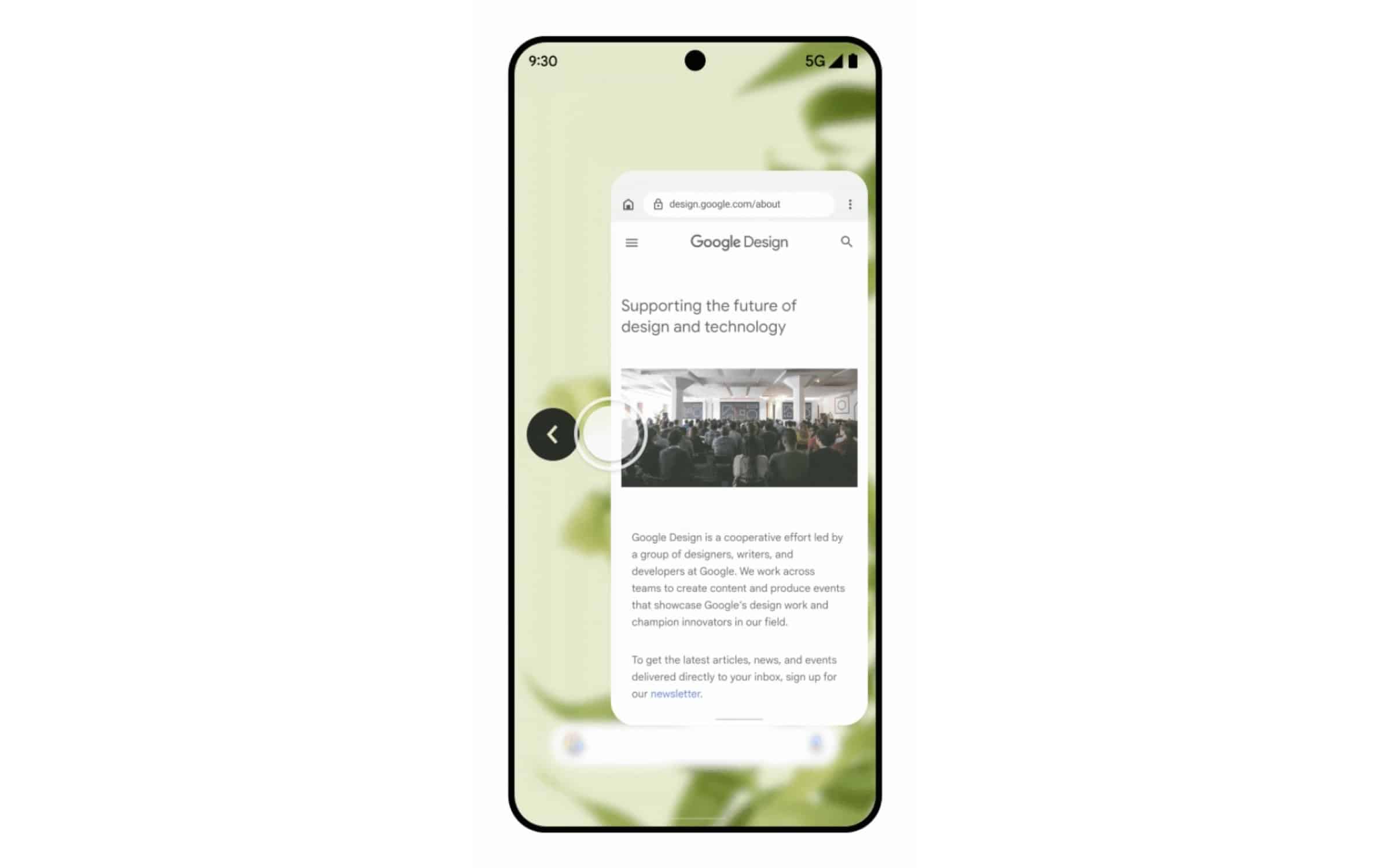 Android 14 will integrate a new gesture: the Predictive Back Gesture “, or predictive backtracking. As its name suggests, it allows you to preview the page to which you are about to return. App developers for Android 13 can already test this new feature.

Until now, unless we know exactly where we are in our navigation, it was difficult to know to which screen the back gesture took us (swipe to the right). Android 13 integrates a new feature called “Predictive Back Gesture” or “predictive rollback gesture”. This new very instinctive movement allows the user to see the application or the page hiding behind the current page by swiping the screen partially to the right. Its implementation not being as obvious as it seems, this feature will be an integral part of the system in Android 14. Its availability in Android 13 above all allows developers to have a taste and test it.

This new movement will be particularly useful on the new folding smartphones like the Samsung Galaxy Z Fold 4 or Galaxy Z Flip 4. This new type of device having different interfaces, they require adapted functionalities. The “predictive back gesture” makes it possible to have a preview of the screen towards which we move before finishing the gesture.

Developers working under Android 13 can already test this gesture in their applications. To do this, they must go to their device’s Settings, then to System and finally to Developer Options. You will then have to select “Predictive back animations” and launch the application to be tested.

To read – Android 12 vs Android 13: their performance does not make their differences, supporting figures

“Simple” users have the opportunity to test the functionality in only two applications: Google Phone and Google TV. This requires enabling the gesture by going to Settings > About this device > then tapping Build Number seven times. A search bar appears at the top of the screen. Enter “predictive back animations”, in the Developer Options menu, activate “Predictive back animations”. If Google sticks to its schedule, this new gesture will be usable by the general public in Android 14 as early as April 2023.

We have often talked about the negative repercussions that the "final" (hopefully, at least)...
Europe

Brussels wants to strengthen cross-border rights of parents and children

The European Commission has announced plans for parenthood to be recognised across the EU, without...