We are all aware of how huge the universe is, but we do not have a graphical conception in our mind with which we can get a notion of its dimensions.

In this sense, recently a group of astronomers has revealed a interactive map of the observable universewhich was created as a result of the conversion made to data collected over 15 years by the Sloan Digital Sky Survey.

In this map we can find a great variety of cosmic objects represented; from blue quasars to elliptical galaxies.

Regarding this map, the Johns Hopkins University astrophysicist and creator of the map, Brice Ménard, expressed:

Astrophysicists around the world have been analyzing this data for years, leading to thousands of papers and scientific discoveries. […] However, no one had taken the time to create a beautiful, scientifically accurate map that was accessible to non-scientists. Our goal here is to show everyone what the universe is really like.

For the creation of this map, the observations made by the Apache Point Observatory located in New Mexico, which captured 200 thousand galaxies where each one groups billions of stars and worlds still undiscovered.

It is worth mentioning that the 200 thousand objects shown on the map do not constitute the totality of the data obtained from the observations. In fact, if all the objects on the map were to be rendered, they would end up looking like a sea of ​​incomprehensible points.

And even if this map represents a simplified view of the universe, the alternative to this would be too daunting.

To give you an idea of ​​how vast the universe is: only the Milky Waywhich has a diameter of 100 thousand light yearsrepresents just one pixel on the map.

In addition, the underlying map data, theoretically speaking, may exhibit some of the 40 quintillion black holes that have been detected in the universe.

Taking into account that this phenomenon has such a powerful gravitational attraction that not even light can escape from it, it is logical that it does not become visible on the map, unlike quasarswhich constitute brightly bright galactic nuclei and have a supermassive black hole at their center.

To explore the map you must scroll to the bottom of the page until you find an option called Explore the map located on the right side of the screen and click on it. 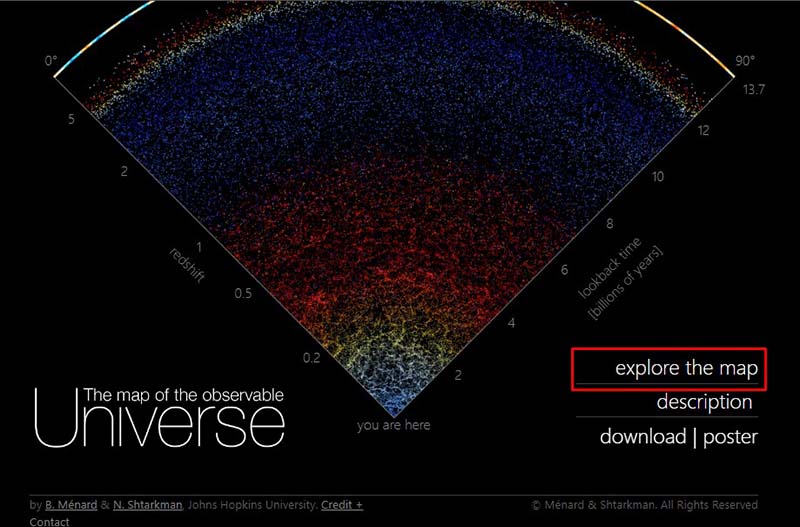 Wait for a new page to load in which the map of the universe will be displayed in which you can go up and down to observe all the objects organized according to their age. 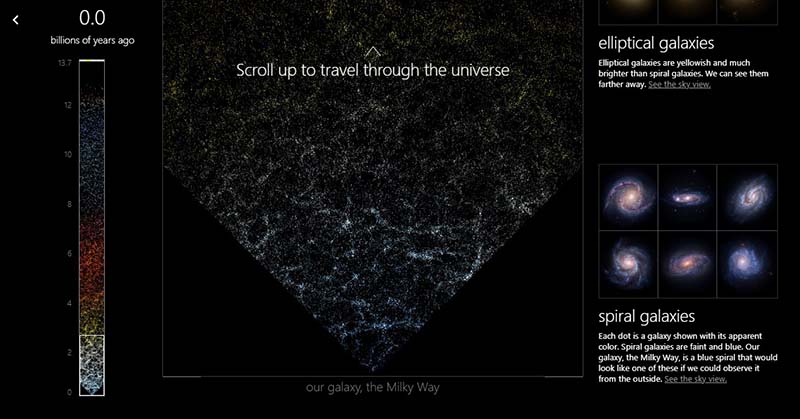 And while the map doesn’t offer the option to explore every universe, it is at least useful for giving you an idea of ​​how insignificant our planet is within the vast sea of ​​cosmic objects.

Click HERE to take a look at the interactive map of the universe.