TechSmartHow smart tech is changing life
HomeMobileAndroidAmazon Prime Video, movies can no longer be bought or rented on...

Amazon Prime Video, movies can no longer be bought or rented on the Android app

It was to be expected: in early May amazon had closed the taps of digital purchases made from the app Android and now the same thing is happening to the Prime Video app for devices with a green robot. The reason? Always the same, of course, and that is the new Google provisions on transactions made through apps hosted by the Play Store.

Specifically, starting from April, companies with an annual turnover that exceeds the threshold of 1 million dollars must pay the Mountain View giant a commission equal to 30% for each in-app purchase of digital content. A decidedly important slice, which Amazon obviously has no intention of giving up.

For this reason, as shown in the screenshot above, to use the contents in the Prime Video catalog for which the purchase or rental is required, it will no longer be possible to use the app, but it will be necessary to use the browser by going to the platform site (obviously also using the smartphone), or even from the smartTV app (provided it has not been downloaded from the Play Store, of course).

The introduction of this limitation is linked to the latest update of the Amazon Prime Video app for Android, and is not mentioned in the changelog. 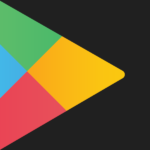 Does Google intend to end sideloading on Android?