The creators of Snowl, which, as we mentioned at the time, is a ring through which users can control their devices using gestures, wanted to overcome its limitations by launching Vanzy, their new ring model with which to manage a variety of electronic devices with total precision.

Vanzy is the fruit of the work carried out by CoX Space based on comments and contributions received in the crowdfunding campaign for Snowl, offering a series of improvements that take device management through finger gestures to a higher level, covering the needs of users from the time they get up until they go back to bed, becoming a single device alternative to remote controls, computer mouse, VR game controllers, remote control for slideshows, and more.

In fact, in the Vanzy campaign they point out that “VANZY makes the inconvenience of switching between devices a thing of the past. Just use your finger!”, and the best thing is that users can have it all day, even if they go to shower, thanks to its resistance under water.

In the campaign that they keep open on Kickstarter, the creators highlight that Vanzy makes use of machine learning “to register and learn from your gestures for even greater precision” although they also give you the option to use the complementary mobile application where you can customize the gestures of the way that “best suits your natural usage patterns.” 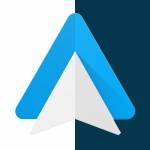 The users they will be able to pair it with their different devices to manage them throughout the day through the use of gestures on the device itself on the finger itself, and can be placed both on the right hand and on the left hand, depending on what suits you best.

It will also help to use the 9DoF technology To be able to perform gestures with greater precision:

In addition to being more functional, Vanzy It has a faster and more efficient charging system than Snowl. Those interested will be able to purchase their units from the equivalent of 88 euros, with 20 more days left in the campaign and with almost all the rewards still available.

The shipments point to the fact that they will take place in November of this year. The creators advance that there will be more innovations for Vanzy for the next year.