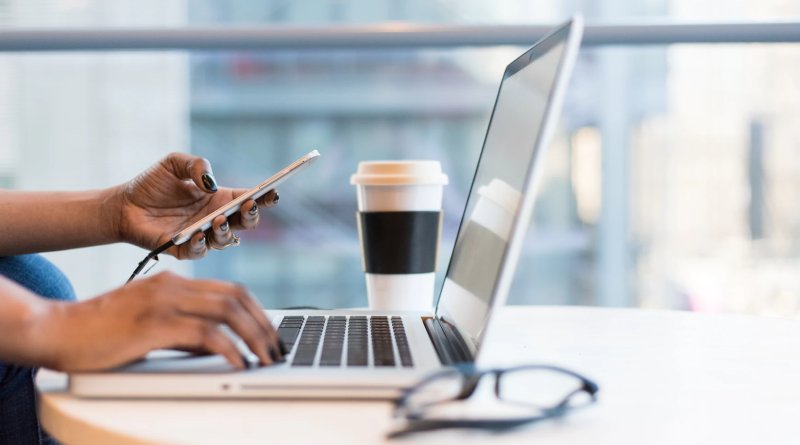 The essence of a laptop is to be able to use it away from a power outlet, and the longer the better. Hence, although all its components are important (casing, screen, keyboard, connection ports, processor, memory, hard drive…) The battery is one of the parts that can suffer the most deterioration if it is not taken care of with a certain amount of care..

And in this case the damage may not be very obvious. A bump on the screen can be seen clearly and the wear on the keys as well, but it is not so easy to check if a laptop battery is being damaged by what the user may not know is misuse.

It must be remembered that batteries have a number of charging cycles that represent their “life”, so in the configuration and settings menu of the laptop it will be necessary to periodically consult the counter of said cycles and, depending on the case, the percentage of battery “useful” that is subtracting. An adequate management of charge cycles allows to prolong the life of the batterya component that, on the other hand, can be replaced if necessary if it deteriorates to offer a short duration of its life unplugged from the wall.

Hence, it is advisable to follow the indications that are listed below to improve battery conservation and thus achieve better performance of the laptop and that its autonomy is optimal for as long as possible so that the useful life is as long as possible. possible.

How to extend the life of your laptop battery

-Do not keep all applications open at once: Although it is evident that time is saved by not having to wait for them to open, it would be advisable to open only those programs that are going to be used and, once the task is finished, close them instead of leaving them open in the background. In addition to consuming other computer resources (processor, RAM), background processes consume energy and, furthermore, in tasks that do not involve the main activity to which the computer is engaged, so autonomy suffers.

-Keep the software updated: The various patches and updates to operating systems and programs solve many bugs that can sometimes correct the improper operation of the equipment, which includes resource management and how they affect battery autonomy or its recharging processes.

-Do not drain the battery: Although laptops are capable of working until their power reaches 0% and they are turned off, it is not convenient to do so frequently. Instead, dropping the charge below 15/20% should be avoided as much as possible because of the extra effort it takes for the battery components to recover the charge when it drops too far below those levels. Likewise, it is also not recommended to disconnect the laptop from the power when the charge reaches 100% and wait for it to discharge while working with it unplugged even if you are not on the go. Laptops have had efficient charge management systems for a long time so that when the battery recovers 100% of its charge it is not necessary to disconnect it from the power so as not to overheat the battery, which stops recharging.

-Do not keep the brightness of the screen to the maximum: Except for the processor for operations that require maximum power for a long time, nothing consumes more power in a mobile device than the screen, so it would be advisable not to keep its brightness at maximum, especially if the lighting conditions in the environment allow it to be kept longer. low (but without harming the user’s own eyesight). Obviously the more brightness, the more energy consumption and less battery life.

-Do not keep the volume of the sound at maximum: Consuming significantly less than the screen, the laptop’s speakers are also a significant source of power consumption which, like brightness, also increases as it increases. In other words, the higher the sound volume, the higher the energy consumption, the less autonomy, the greater the need to recharge the battery and, over time, the shorter its useful life.

-Do not use the laptop as a charging base for other devices: Although it is evident that the USB-A and USB-C ports available on laptops can fulfill the mission of providing power to other devices and, thus, be able to charge the mobile phone, headphones, camera and any other devices, obtaining energy from its battery to provide it to the battery of another device is a bad idea, not because it obviously reduces the laptop’s own load, but because it occurs faster than what would be derived from the computer’s own work as well It puts additional wear on the battery.

-Avoid direct sunlight: Excessive heat and cold are the enemies of batteries and electronic devices, so you should always work with your laptop in the shade, without direct sunlight, especially at times of high insolation. The temperature of the device would rise (which could also cause damage to the processor, since it could not cool itself properly) and the battery, working at a high temperature, could be damaged until it was even rendered useless.

There may be things at home that you think you can do without help....
Apps

Since WhatsApp incorporated the possibility of sharing the so-called "ephemeral photos" last year, which...